Forget Rancho and 3 Idiots, this is why Ladakh's Druk Padma Karpo School will make you want to go back to school

The school teaches life skills along with the normal doses of academics, sports and co-curricular activities. But everything is done with a liberal dose of thought and ingenuity. Check it out

When you enter the Druk Padma Karpo School in Ladakh it probably won't seem like any of the schools you've been to — it's a completely different world. It has the look and feel of schools that you only see in the movies but caters only to the children of Ladakh. If you are still struggling with the name and wondering why this school's name sounds familiar, here's a hint: this is Rancho's School. You know, from 3 Idiots.

Caught your attention? Having made the trip to Ladakh, we couldn't pass up an opportunity to check out what's inside the much talked about school. But first, let's bust a few myths that have been floating around cyberspace. No, Aamir Khan does not own or fund this school. Neither does Sonam Wangchuk (the real Phunsuk Wangdu), though the school thinks his association with the institution has been nothing but positive. "He is one of the smartest minds in Ladakh," says Stanzin Kunzang, the Principal of the school. Stanzin has been the face of the dynamic changes that this unique campus has gone through in the past five years. 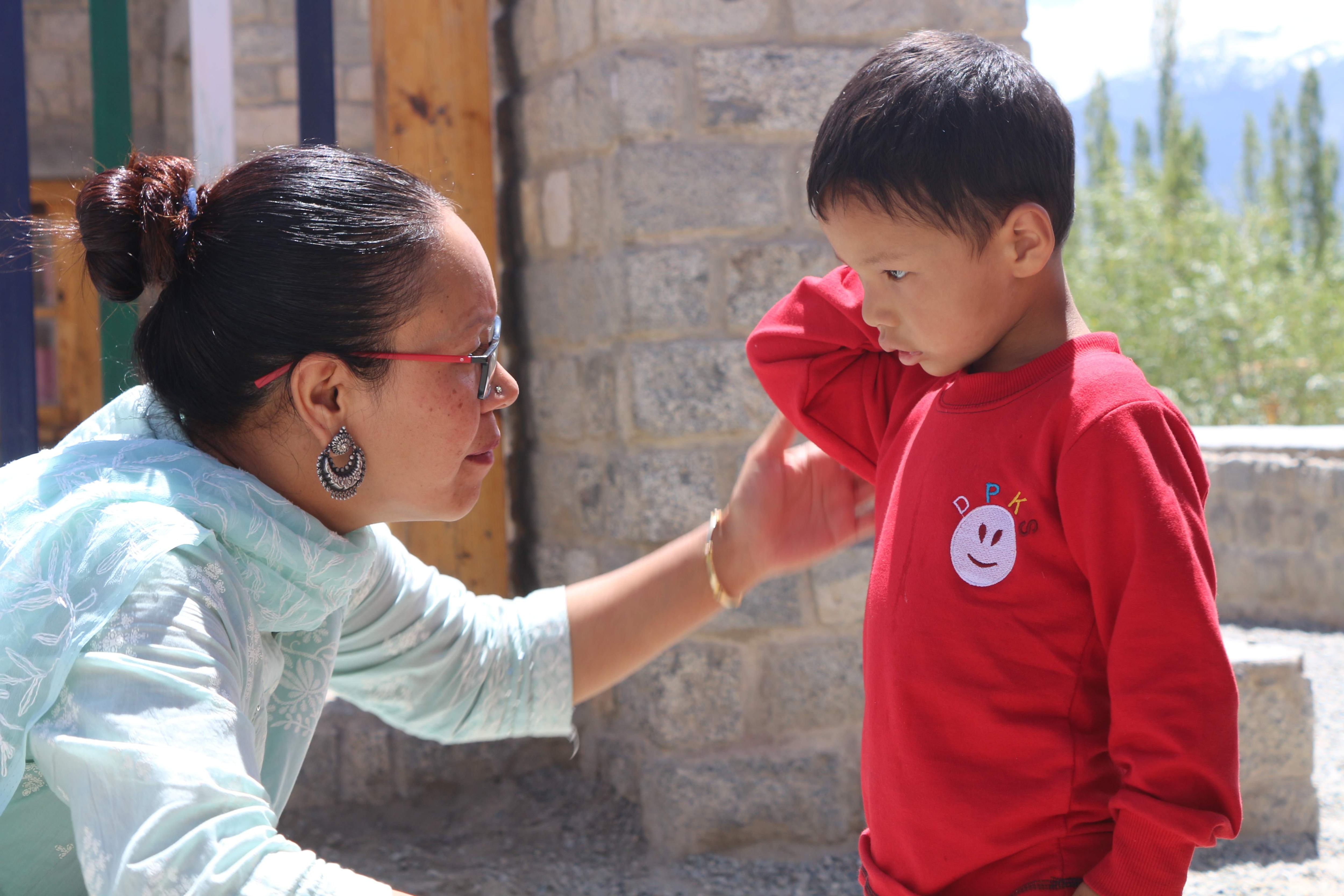 Care is all they need: Stanzin, the principal, interacts with the children and keeps a close eye on everything that goes around on campus (Pic: Prajanma Das | Express)

The main school is located in Shey, the ancient capital of Ladakh, which is about a thirty-minute drive up the Indus Valley from the main town of Leh. Students study Bothi (the local language), English and Hindi, sciences, social studies, creative arts and sports. They also learn life and livelihood skills, including teamwork, presentation skills, leadership and problem solving through formal and co-curricular activities. This secondary school is governed by the Drukpa Trust which has its headquarters in London.

Because exams shouldn't be uncool

More than the great infrastructure, Druk Padma Karpo School has adopted some delightfully offbeat methods that make it stand out. Once you enter the premises and cross the administrative block, to your left would be the Infant Block that houses kids from pre-primary to Class 1. As we walk in, we notice children scattered all over the courtyard with an exercise book and a pencil. "They are writing an exam," says Stanzin. The teachers let the children out during a class test so that they can write the test in an open environment and thus there is less pressure on them. Unique and intelligent enough? The Exam Chill: Children sit for a class test in the courtyard (Pic: Prajanma Das | Express)

The London effect and some local jugaad

As we move across the campus, Stanzin tells us about her trip to London and what she brought back. "There are a lot of things that I would want to implement here but infrastructural development is a challenge. But there are some little things that we can do that improves the quality of education manifold," she says. The school does not have rooms allotted for each class and section. They have allotted rooms for the teachers instead. "The teachers have the liberty to set up their rooms the way they want to," says Stanzin, as we walk into a lab where the teacher is animatedly explaining vibration to his students. Incidentally, the school has been recognised for its eco-friendly dry toilets. Though dry toilets are a local thing that has been there forever, Druk Padma Karpo perfected the design and has been widely lauded for implementing it on campus. 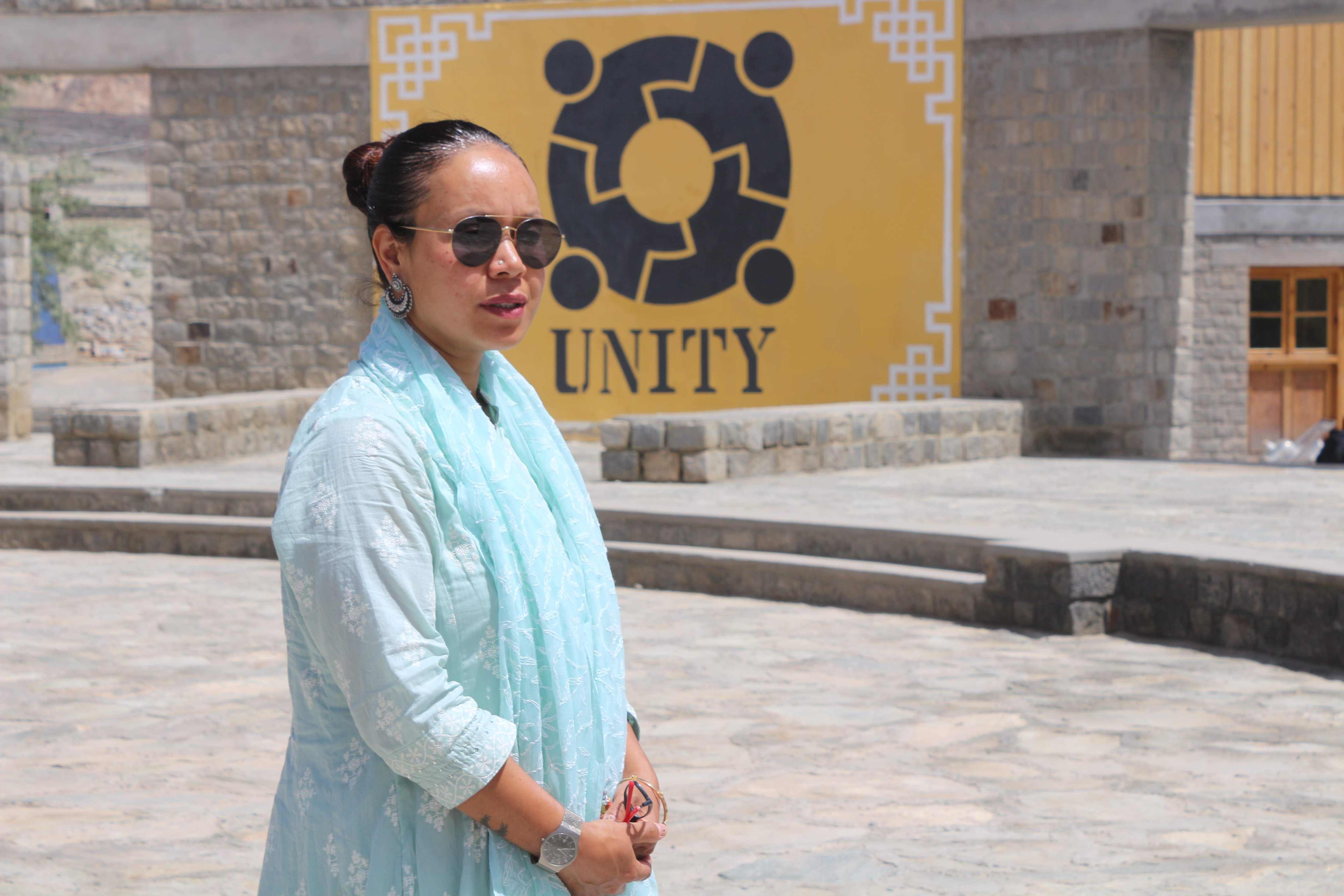 London Effect: Stanzin has been to London and she says it was not only eye-opening but enlightening for her to see how their education system works (Pic: Prajanma Das | Express)

The school has the usual music and art set-up but it is not relegated to an after-thought like at most of the other schools across the country. Tashi, a talented drummer himself, a student of class four encourages his fellow students to join music classes and is almost running a campaign to get them interested in music. And they can pick any instrument or style that they want to learn and the teacher will almost always oblige. The students are also encouraged to take part in co-curricular activities such as sports and archery and observe ‘culture days’ where they practise Ladakhi cooking, art, textiles, history and dance to keep culture and traditions relevant and alive.

No CBSE, No worry

Despite such innovative study techniques, Druk Padma Karpo is not under the CBSE yet. Internal politics, allegedly, foiled the school's attempt to get a NOC from the state government. But they only teach the J&K board syllabus in classes eight to ten. The school is hopeful that they will get the CBSE affiliation soon, now that Ladakh is set to be a Union Territory.

The school caters mostly to the locals and the nomadic tribes that live in the mountains. Out of the 860 children who study here 275 are sponsored by well-wishers. "We charge a fee for the rest of the students. Sometimes the sponsors drop out due to some personal issues but then it becomes difficult for us to manage the expenses," says Stanzin. Day Scholars are charged Rs 36,000 per annum while residents have to pay Rs 52,000 per annum. 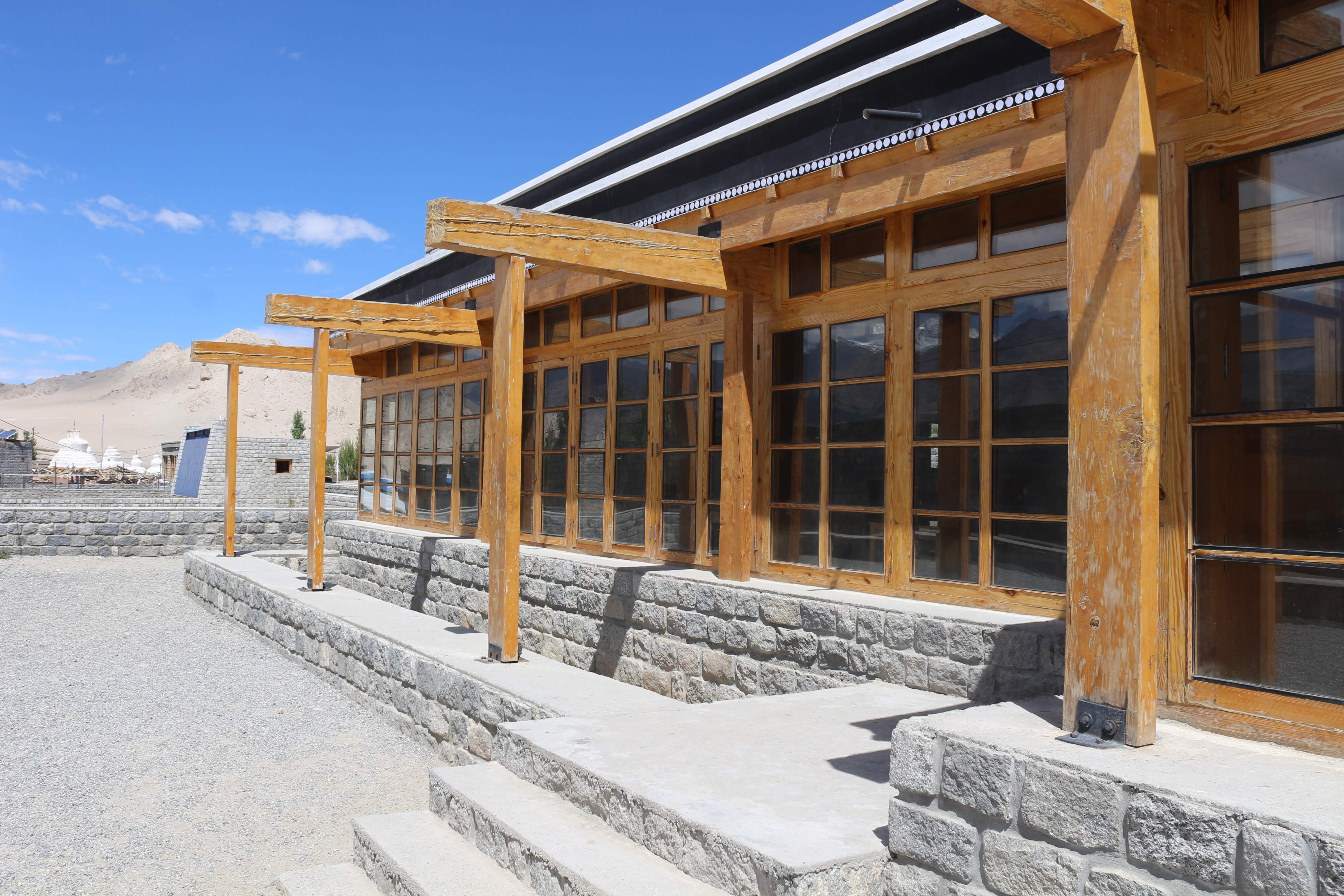 Stay Close: The hostels are on campus and helps students who come from nomadic tribes the most (Pic: Prajanma Das | Express)

A three-hour tour around the school makes you yearn for your school days again — that's what it did for me. At a time when the education system focuses only on scoring marks in exams and earning degrees, the Druk Padma Karpo School is a refreshing reminder of what education could actually be!