Table tennis player Paluru Jalani plays with a passion that is inspiring. But how did she get so good in the short time that she has been playing. Here's your answer

She is a fighter and aims to win every match she plays. The most striking thing about her is that she never shows any emotion, even if she loses, you won't see the disappointment on her face, says Paluru Saveena, the proud mother of ten-year-old table tennis player Paluru Jalani. And this fact became more obvious when we spoke to Jalani. Her answers about winning, participating in tournaments and travelling remained diplomatic, but while speaking about the game itself, one could detect the passion in her voice. "I am more interested in table tennis now than ever before. I am starting to win and I want to win more," says the competitive TT player.

Jalani doesn't get time to watch TV, but when she does, she likes watching table tennis

It was in class II, through a summer camp, that she was introduced to the beautiful game of table tennis. While for the first few games she was nervous, she grew more confident with time and today, for the first time, she has been selected to represent Telangana in the nationals happening at Dharamshala as we speak. 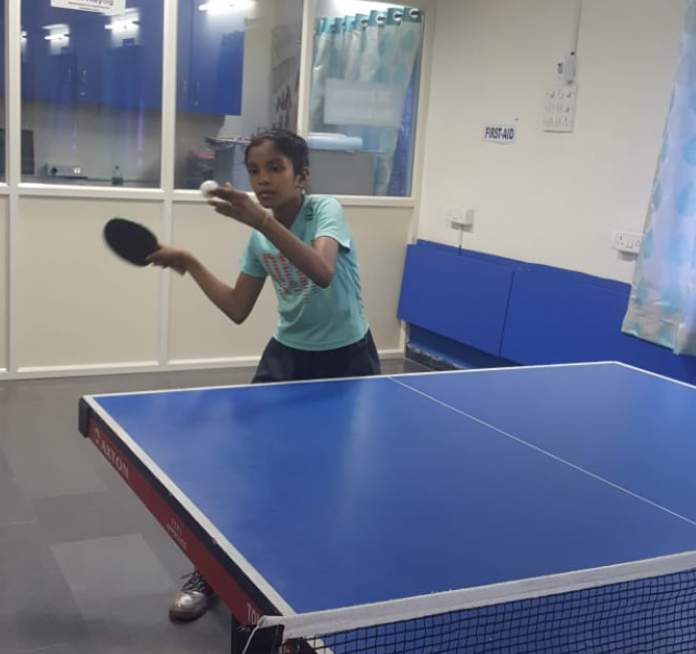 Currently, the class V student is not facing any major difficulty when it comes to the game, but she is aware of the need to constantly improve her game. She is a self-motivator and pumps herself when she loses. "My parents feel that I need to improve if I really want to be a champion and the one regular advice I receive from my coaches is to focus completely on the ball," says the student of NASR Girls' School. And what do her friends think, we wonder. "I miss them a lot, but they tell me that they are proud of what I am doing," she shares.

She is inspired by Hyderabadi table tennis player Akula Sreeja

Jalani practices three hours a day at Victory Playground, Chaderghat in Hyderabad under the supervision of her coaches Amrullah Dastani and Simin Dastani. She wishes she could practice more, both in the mornings and evenings and also hopes to participate in every major tournament without missing out on any. She has already travelled to Goa, Chandigarh, Kolkata to play several matches and she makes up for missing out on academics by studying during the summer holidays as well. She also plays badminton and likes to skate. When it comes to eating, apart from chocolates which she is advised not to consume, she eats everything. She hopes to dedicatedly play table tennis and bring laurels to Hyderabad, the city she was born in. 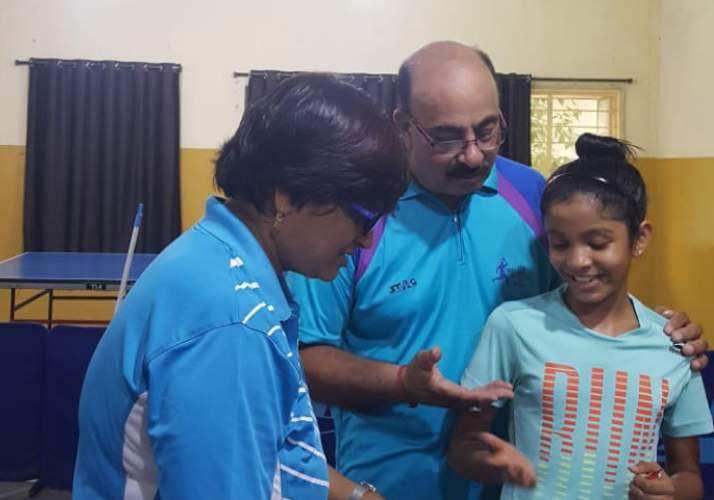 Did you know this about table tennis?
- A makeshift version of it was played by British military officers stationed in India
- Books used to serve as both nets and bats and a golf ball was used
- It was EC Goode who invented the modern-day table tennis and the pimpled bats
- The ball today is made of celluloid plastic