The Odia Quandary: Will the new Odisha University help improve the state of research and job opportunities for the language?

Odia, the language, is receiving patronage in the form of the new Odia University that will be set up in this coastal state. But what are the research and job opportunities like?

Odisha will soon get an Odia University at Satyabadi in Puri district, the second language university in the state after Jagannath Sanskrit Vishvavidyalaya. It will not only offer PG courses in Odia language and literature, but also facilitate research in different aspects of the language. However, at a time when the Odisha government is making big plans for the promotion and propagation of Odia language, it is yet to shift focus towards a pertinent issue — the need for Odia teachers.

Currently, around 50 per cent of the teaching posts in Odia are lying vacant in universities and colleges of the state. Existing faculty members are struggling to run the show; research in the language has taken a beating. PG teaching in Odia language and literature is provided in Utkal, Berhampur, Sambalpur, Gangadhar Meher, North Odisha, Rama Devi, Ravenshaw and Fakir Mohan universities, where the total sanctioned positions of professors, associate professors and assistant professors is 56. As per the University Grants Commission (UGC), a PG department should have at least seven faculty members in the ratio of 1:2:4 (one professor: 2 associate professors: 4 assistant professors). As many as 28 Odia faculty posts are vacant in the eight universities.

At the cabinet meeting, approval was given for the formulation of an Odia Culture and Heritage Policy. This was done to help preserve and proliferate Odisha's traditions, arts and Odia language

Let's face the facts
The Fakir Mohan University in Balasore that was named after Fakir Mohan Senapati — the father of modern Odia literature — is managing with three Assistant Professors and the positions of Professor and Associate Professor have been vacant for more than five years. Besides the regular courses in the subject, the three Assistant Professors also teach a compulsory non-credit course, Fakir Mohan Studies, which the university has introduced in the third semester. “We are hoping to appoint one Professor and one Associate Professor within the next two to three months which will streamline teaching of the subject to a great extent. Since the university is dedicated to Fakir Mohan Senapati, we have planned to translate all works of the great writer to English and other regional languages after the appointments are done,” says Madhumita Das, the Vice-Chancellor (VC) of FM University. 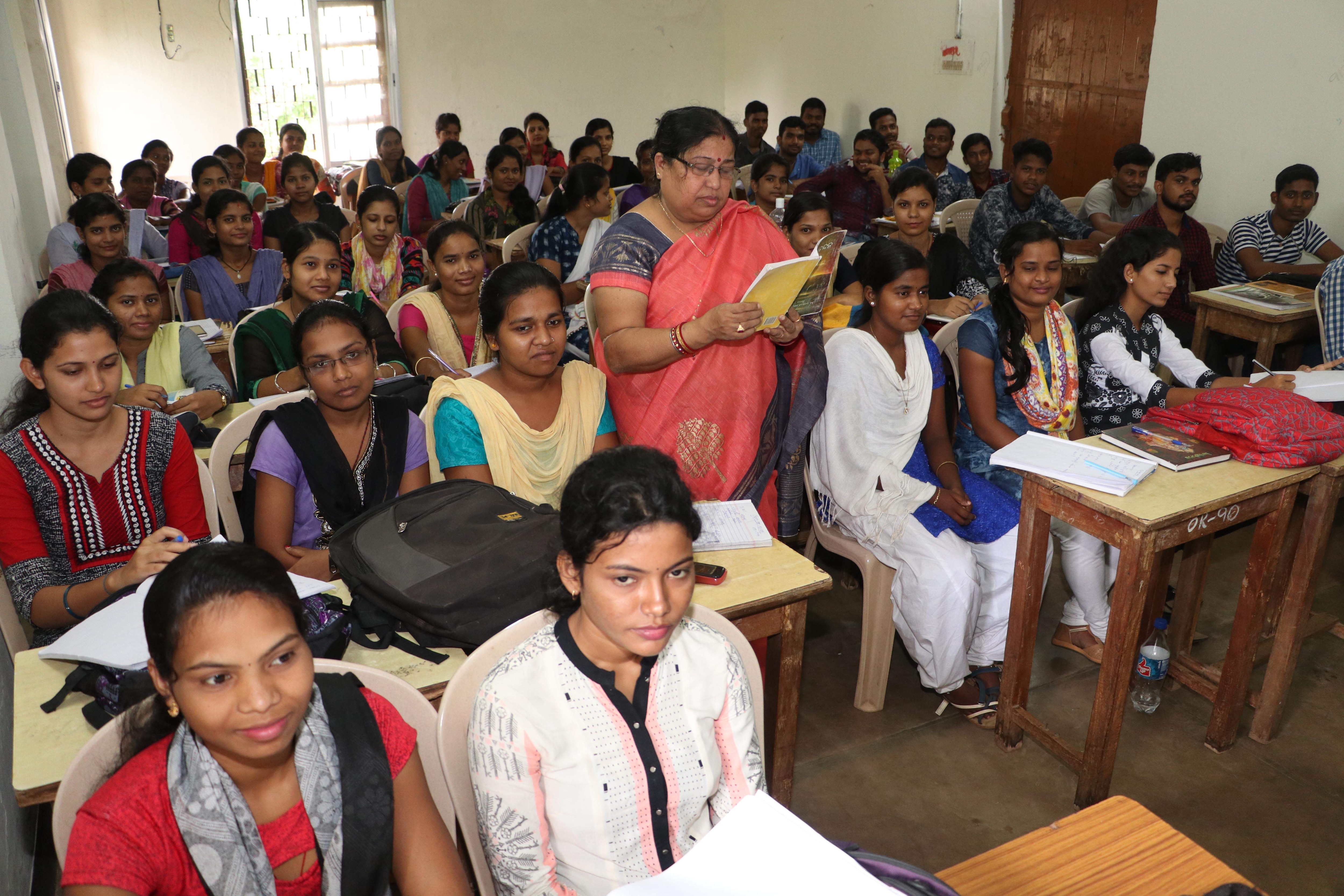 Rapt attention: An Odia class being taken by the HoD of Odia Department at Utkal University | Pic: Irfana

The Odia Department at Utkal University does not have a Professor yet and the post has been vacant for over three years; neither has there been a direct recruitment nor has anyone in the department been promoted under the Career Advancement Scheme (CAS) of the UGC. Currently, the department has six faculty members, but some will be retiring soon, informed Bishnupriya Ota, Head of the Department. She said that in the absence of a Professor, teaching is hampered to a certain extent.

The university will come up at Puri's Satyabadi, which plays an important role in the history of this coastal state. It is considered as the 'Land of Five Comarades' (Panchasakha) — Pandit Gopabandhu Das, Acharya Harihar Das, Pandit Nilakantha Das, Krupasindhu Mishra and Godavarish Mishra

Sources said that while universities are managing Odia departments with a handful of regular and guest faculty members, the situation is worse in degree and higher secondary schools (earlier called +2 or junior college). There are many Plus Three colleges where Odia lecturer posts have been lying vacant for at least five years without new recruitment. According to the reports of the Higher Education Department, Government of Odisha, 60 per cent of the posts of Odia faculty members in Higher Secondary schools and Plus Three colleges are lying vacant. In fact, in non-government aided colleges, the highest number of vacant Associate Professor positions is in Odia.

There are dusty chairs too
Apart from the faculty crisis in Odia departments, Chairs set up in universities for research in Odia language and literatures are lying defunct because of the government's lack of interest to revive them. During the Assembly session this year, the shortage of Odia teachers in universities and the defunct Chairs were admitted by the Minister of State for Higher Education, Anant Das, in written replies to questions put forth by BJP MLA Dilip Ray.

Godavarish Mishra established the Satyabadi Bana Vidyalaya in 1909 with Pandit Madhusudan Mishra as the headmaster. The school played an important role in the Indian freedom struggle and improved education for Odia students

The Minister had admitted that five Chairs were established in universities across the country including two in Utkal Univesity and all of them are now defunct. The Satyabadi Chair and Artaballabh Mohanty Chair were set up in the department of Odia Language and Literature, Utkal University, with financial assistance from the social welfare fund and UGC. One professor each was appointed for both the Chairs. However, there has been no appointment to these after their retirement.

Demand and employment opportunities
Academicians said in the last five years, students’ outlook towards Odia has changed and good students are now coming forward to study the subject. “Earlier, students who did not get any Honours used to opt for Odia as a last resort. But this is a changing scenario,” said former VC of North Odisha University, Prafulla Mishra.

The HoD of Utkal University seems to agrees. “Earlier, seats in the Odia department would remain vacant, but that’s not the case today. In Utkal, students from all over the state are coming to study the language and all the seats have been filled,” Bishnupriya Ota said. The problem for them, however, lies in employment opportunities, she added.

The Odia University is proposed to offer postgraduate courses in Odia language and literature along with research on historical scripts, literary criticism and more

Employment opportunities for Odia graduates and postgraduates are meagre. “If one completes a Master's degree with 55 per cent and then clears the National Eligibility Test conducted by UGC, they can opt for lectureship. The other option is to join as an Odia teacher in a school, but that route would require a Bachelor in Education (B Ed) course. The government is now doing a lot for the promotion of Odia language and it should also focus on generating employment opportunities. It should allow PG students to join schools first and then give them scope to pursue a B Ed,” she suggested.

What Ashok Kumar Das had to say - 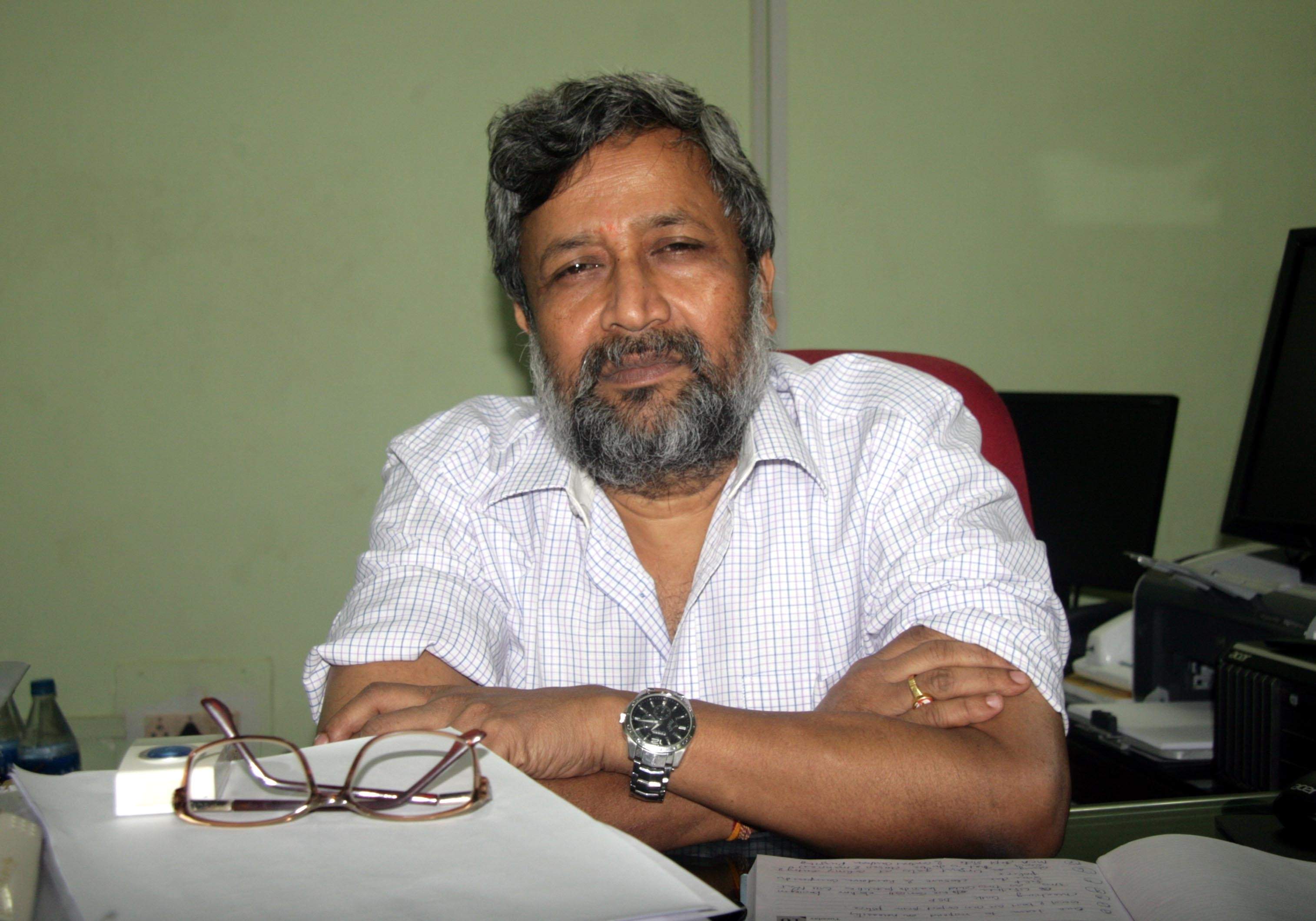 Two things have happened in the last two decades. One is that the doyens of Odia language, who were really strong in research and exploring new areas of teaching, have all retired. There was also a period when all general subjects including Odia suffered because good students did not come in. Odia in Odisha suffered the maximum because there were no good students for nearly a period of 15 years — from 1998 to 2012. Students who had then passed the course are faculty members today. The gap created by the lack of good students has not been filled up till now. Today, you will find fantastic assistant professors but associate professors and professors have become a rare breed.

Two, employability in Odia has gone down. Today, employability is driving education. If you are very good in subjects like Odia, History and Political Science, you can get through competitive exams or else, you can try for lectureship which is also difficult. Another option is clerk category jobs in the government sector, but in the private sector, there are very few jobs for Odia graduates because their mode of communication is English.

The new Odia University should not commit the same mistake that other universities have committed by offering regular courses like BA or MA. It should focus on linguistics, critical analysis and research by offering PhD and M Phil in path-breaking areas as far as Odia is concerned.