The warden of the University in Vellore has written to most of the students and told them to concentrate on outdoor sports instead. Clearly, this hasn't really gone down too well

What's the first thing you do when your hostel warden tells you not to do something? If you're a student at the Vellore Institute of Technology (VIT) Deemed-to-be university, chances are you'll make a meme. Or a hundred perhaps.

A day after the Chief Warden sent a rather officious statement reminding students that playing the popular online battle game was 'against the rules', memes and tons of hilarity have flooded social media.

Check out a couple of them here: 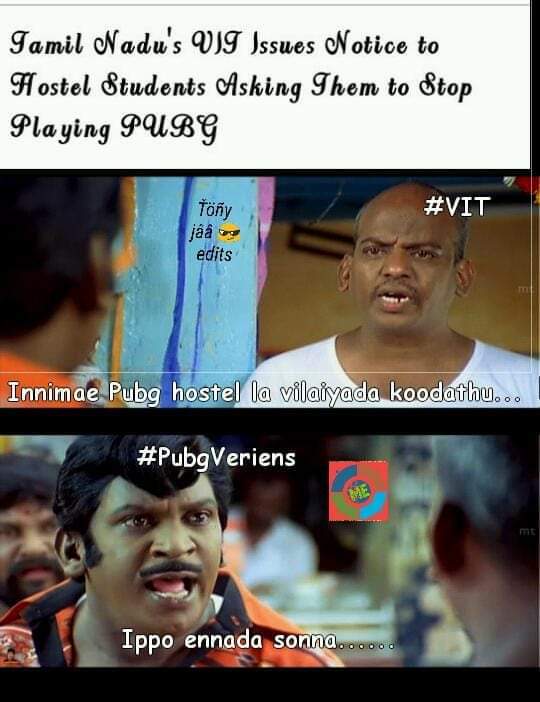 If you've been living under a rock then here's a quick welcome to PUBG. Player Unknowns Battlegrounds is an online multilayer game where players battle against each other across a variety of maps with a host of weapons. At last count, nearly 87 million people worldwide play the game every single day. Several universities have even organised PUBG tournaments as part of their tech fests.

The statement from the warden went on to suggest that what concerned more than students walking around with their eyes in their phones blowing people up with an array of weapons, was the fact that they were placing wagers on how quickly and bloodily they could do the deed. "It is strictly warned that playing online games (PUBG) and betting on such games are strictly prohibited in VIT," it read before adding a footnote of advice that would have made puritans tear up with pride, "Students are asked to concentrate on physical games or sports and to concentrate on their career growth." 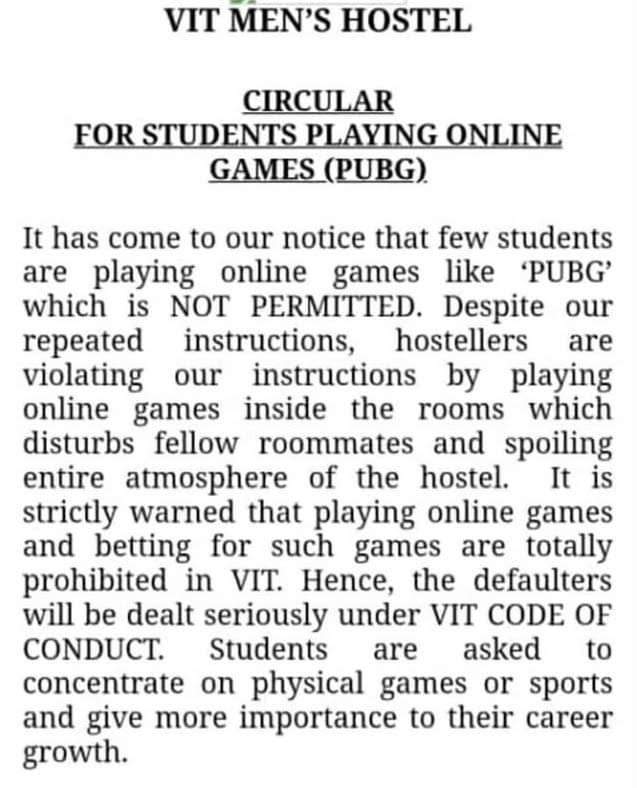 It also mentions that playing online games like PUBG are against the VIT code of conduct - which on their website is a rather long document with a series of dos and don'ts that most students are unlikely to have read. "It all started when the warden and staff members who reside on campus noticed that students were walking around playing some violent game. This was a concern but when reports began reaching us that winners were making sums of Rs 1000 and upwards to win a round - leading students to play this game all night - the warden decided to put a stop to it," said a professor at the varsity.

A VIT official reportedly said that they were trying to get students to detox from phones and tech and get them interestes in physical games and the great outdoors again. Looking at the slew of memes flooding cyberspace, it doesn't look like they're succeeding any time soon.