Meet Siddharth Pilli, the 12-year-old from Hyderabad who works as a data scientist and loves coding

Siddharth began coding from the age of seven. Here’s why his extraordinary story will make anyone believe that there is no best time to start achieving their dreams

While us millennials almost drag ourselves through a workday and then become groggy-eyed every morning, finding hard to strike a balance between work and leisure, this 12-year-old from Hyderabad is working as a full-time data scientist along with pursuing his studies. Siddharth Srivastav Pilli, a Class VII student of Sri Chaitanya Techno School, Hyderabad was selected for the position at a software company named Montaigne Smart Business Solutions, as he had learnt the ropes of coding from a young age itself. He joined work two months ago, on September 10.

Siddharth took the job after being encouraged by his parents from an early age. "At first, when I told them I wanted to do this, my parents were surprised and didn't take me seriously. I assured them that I will be able to manage studies and this. that's when they encouraged me to post my resume on job portals," says the 12-year-old.

It wasn't at all easy for a 12-year-old to get a full-time job of a data scientist, which requires various skills and most importantly experience. "Most companies rejected because of my age, some got confused if I am in Class VII or in 7th semester of college. Then my mother's friend's cousin, who works at Montaigne, said there's an opening for a data scientist and I should apply," he says. The HR professional at the company also rejected his application for the same reasons. However, later his resume caught the CEO’s eye and he called Siddharth’s parents. The 12-year-old was then called for an interview. “It was like a discussion that lasted for over an hour. He mostly asked me about technical stuff, why I want to be a data scientist and more,” says the young achiever. 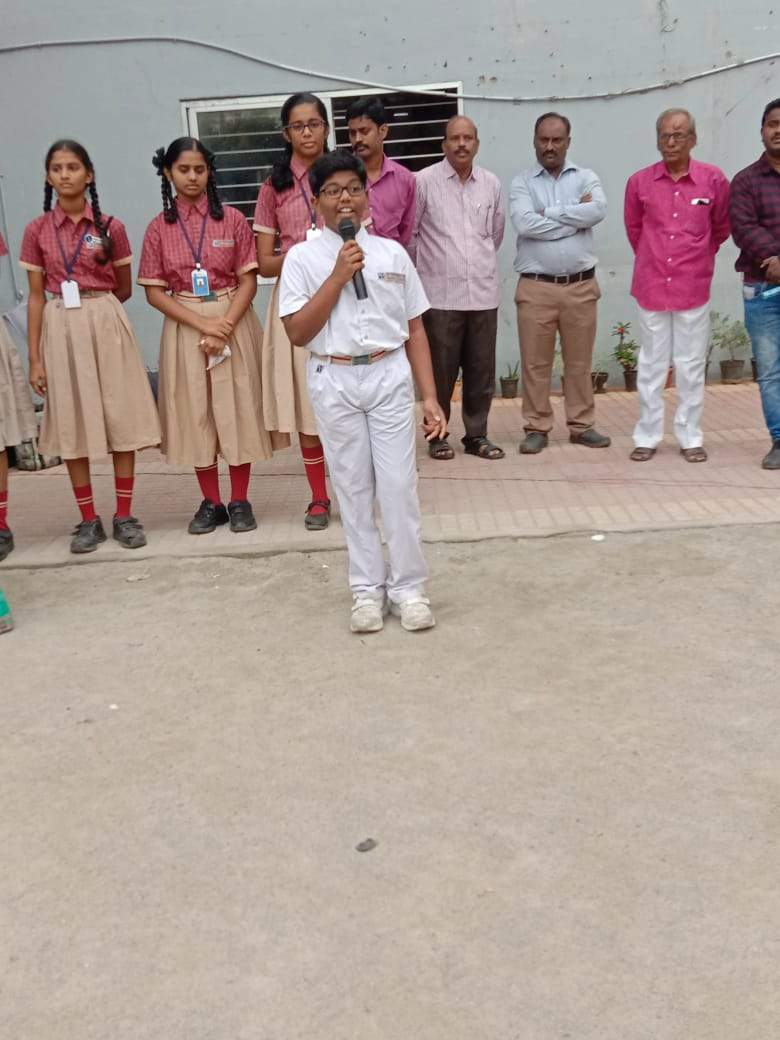 Siddharth at his school

Thanking his father for getting him interested in coding from very small age he said, "The person who helped me a lot to get a job at a young age is my dad, who used to show me different biographies and teach me coding. Everything I am today is because of him."

Siddharth wants to create his own game someday. He began coding since he was just seven years old. Currently, the child prodigy is fluent in python, java, HTML, C language, SQL and a few other programming languages. His greatest inspiration is Facebook founder Mark Zuckerberg. “At such a young age he set up the biggest social media company, recently he also bought Instagram and Whatsapp, he's achieved so much already. That's why he's my greatest inspiration,” says the 12-year-old.

Siddharth has an arrangement with his school so that he can work and continue his academics alongside. “I go to the office on the first three days of the week and the next three I go to school. My principal and teachers have been extremely helpful. When I go to school I sit with my class teacher and catch up on what I have missed,” he adds.

As for his future plans, the young data scientist wants to go to Silicon Valley and pursue a Master's degree in Computer Science at San Jose University in California. “After that I want to come back to India and do my MBA in some Indian business school and then finally start my own company,” concludes Siddharth.