This Cambridge alumna is protecting the environment, empowering women and spreading awareness - all at the same time!

It’s not every day that a former student of the University of Cambridge returns home to initiate a start-up that seeks to shield the environment from further damage and pollution. But that is quite precisely what Sahar Mansoor, presently aged 26, did. Having completed her studies in schools and institutes in India, US and the UK, Sahar was exposed to the differences in facilities and amenities across these nations. In 2015, after returning to India, she worked for a solar-energy based enterprise that sought to assist the underprivileged regions of Karnataka. Sahar believes that the environment sector has significant potential, “Every day, we use electricity to carry out our daily chores. Without this power, it would be hard to imagine our world.” And it was thoughts like these that saw her launch her own brand of environmentally-friendly products made from bamboo, wood, charcoal and the like.

A story that moved her

The incident that triggered her to begin efforts to produce eco-friendly products is a rather extraordinary one. “One day, I was walking past a small community of people who lived in informal houses near the airport. They had migrated from West Bengal and did not have access to electricity. My firm helped them set up solar panels and solar lanterns,” she says. The underprivileged residents were immensely thankful for her help and showered praises upon her. “I became friends with them, started following them around Bengaluru on my cycle and that was when I was saddened by what I saw.” Her new-found friends were collecting disposed materials such as plastics and cardboards with their bare hands, presumably to sell them for a living. “I felt that I had helped them with the solar energy component, but this incident opened my eyes to their other issues. They could have been picking up the sanitary napkins that I used yesterday or broken glass that I threw out the day before. I had never realised this prior to that day,” says Sahar.

I wanted to imagine a waste-free, plastic-free world. We use plastics for many things, starting with the toothbrush in the morning. My first venture into this world was reimagining an environment-friendly bathroom and kitchen

After witnessing this incident, she began leading a low-impact lifestyle wherein she minimised the usage of plastics and other materials that take a long time to integrate with the environment. “I wanted to imagine a waste-free, plastic-free world. We use plastics for many things, starting with the toothbrush in the morning. My first venture into this world was reimagining an environment-friendly bathroom and kitchen,” she remarks. Her efforts slowly garnered attention from various individuals and organisations, culminating in them inviting her for talks and workshops and that’s how it all began. 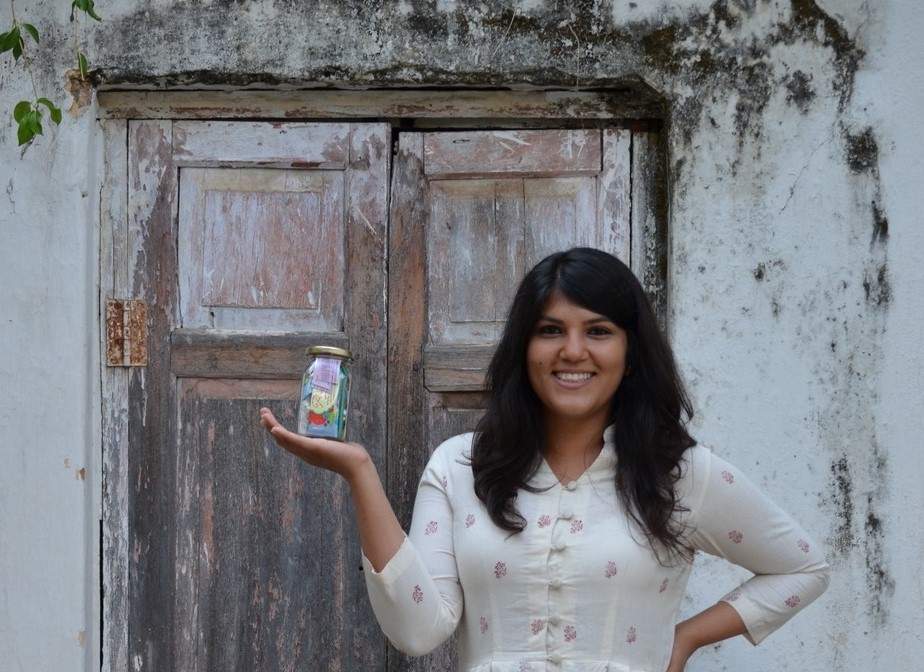 Eco-friendly households: Sahar's company produces just about every daily use article you can think of - using environment-friendly materials

Today, her company Bare Necessities produces and sells a plethora of responsibly-made household and personal care products, ranging from soaps and toothpaste to detergents and cutlery. “We have over 30 different products which are handmade by a team of women employees. We encourage and empower women to work actively — for some of them it is their first job and they are learning new skills as they work.” It’s not just the environmental aspects that has set her products apart. “Our goods have health and social benefits as well.” This last part seemed rather intriguing, so we pressed her for a more elaborate explanation. “Developing nations generate a considerable amount of waste materials, which are sometimes processed and shipped to developed countries like China. This segregation causes social injustice because you are basically keeping your backyard clean and dumping the refuse in someone else’s.”
From the day she first saw her friends picking up scraps from the roadside to the present day where she captains her own eco-friendly product brand, Sahar Mansoor has certainly come a long way. Bare Necessities is not just her initiative, but also her message to India.