With Precious Paws Foundation, Debadrita Ghosh is trying to win respect for strays and give them a home

Saying aww and gushing over an adorable labrador puppy online in order to keep other problems at bay in office won't help the animals. A hundred thousand likes also won't do the needful, until you decide to do something about an immobile dog you see on the road to work. At least that's what Debadrita Ghosh, a resident of Bengaluru and an avid animal lover, feels. The 37-year-old had set up the Precious Paws Foundation in Kanakapura in 2012 to assist our canine friends at risk — be it an abandoned pet that cannot survive on the streets; puppies and mothers exposed to cruelty or sick and injured street dogs. She also runs a small Purr-fect Cattery at the same place — a comfortable abode that offers free shelter to destitute and abandoned stray felines, in addition to sterilising them for free. The cat shelter opened its doors in March 2017.

Rescue operation
Appropriately named, the Precious Paws Foundation was started with the main purpose of finding loving homes for precious puppies who urgently require them, having been deprived of love, shelter, protection and food so early in their lives.
"The foundation originated from a decision that more needs to be done to whisk these starving, orphaned or abandoned animals off the perilous streets and to eventually find them suitable homes. The animals are initially in the tender care of our commendable foster parents from our network or at our foster centre on Kanakapura Road, under whose wings the pup experiences a few weeks of warmth, wholesome food, health check-ups and unlimited cuddling. The rescued animal is subsequently ready to be entrusted into the arms of a willing, compassionate adopted home to grow up in and to bask in the tender love of a human parent to substitute the ones it lost at a young age," explains Debadrita, who also fosters around eight to nine puppies and five cats at her own house on Kanakapura Road. 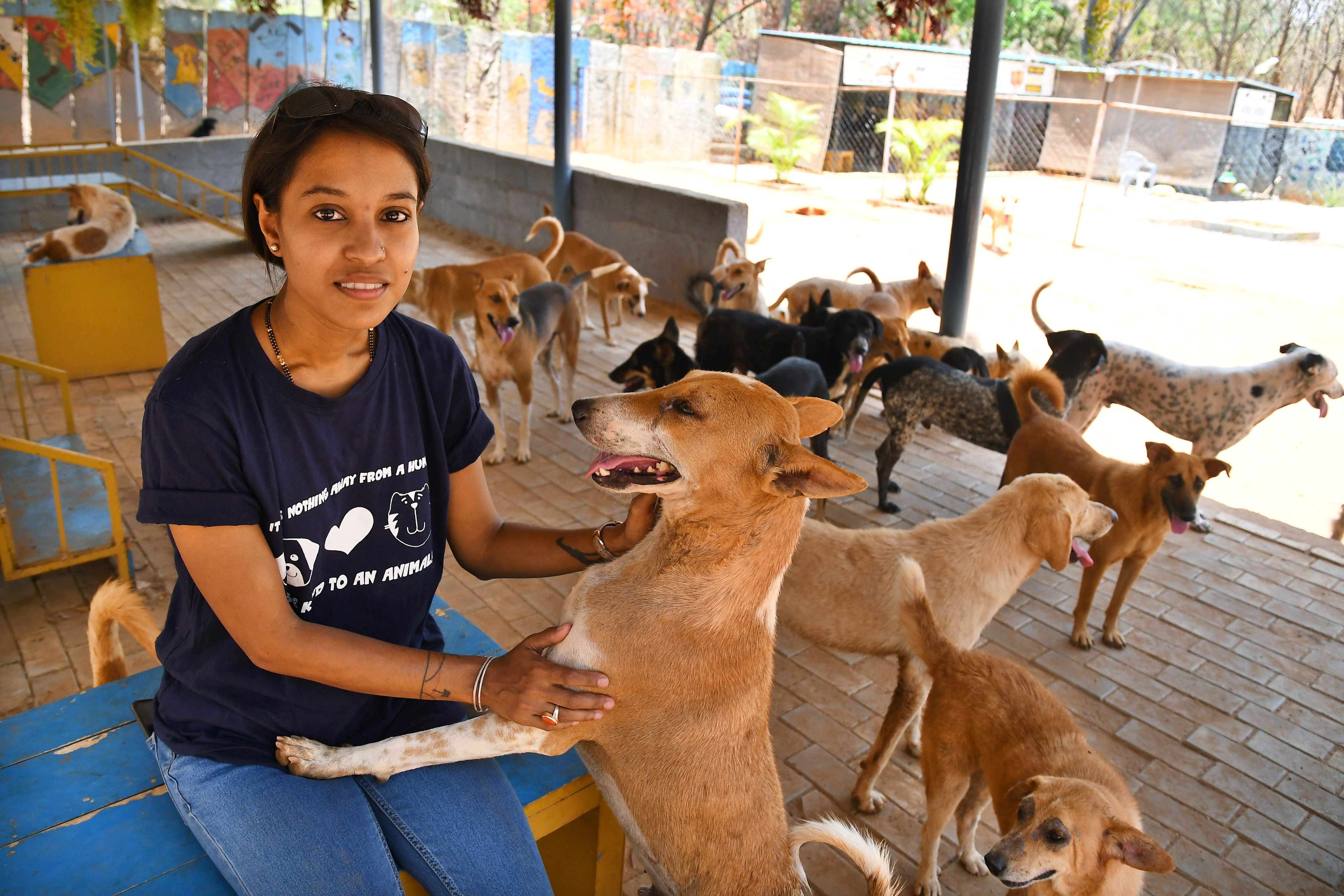 If there's a puppy that needs rescuing, is in danger or immobile, you can take the dog to a vet. Do not wait for a volunteer or someone from an NGO to help. Be a little more compassionate

A caretaker is always present at the Precious Paws Foundation's shelter home. They also run a rescue service called Wheels for Paws, which currently operates in and around South Bengaluru. This initiative was implemented back in August 2015 to help the furries in a better way. This mobile adoption and rescue vehicle caters to accident and injury cases that happen in the nearby areas of the shelter.
"since my childhood, I've always had a fascination for animals. I had pet birds and rabbits, but both my parents were working so they didn't allow me to keep a dog or a cat. When I moved out of Kolkata and was working in Bengaluru, I had two pets. I used to pick up dogs or cats that needed treatment, get them treated and drop them off at shelter homes or where they needed to be at that time. I wanted to dedicate more time to caring for animals so I started volunteering at an NGO. And from there, the fostering began and soon, I had around nine puppies at home. My elder kid was just three-years-old then so it was difficult. Also, I was living in a rented space and the owner had started to make a fuss. We were building our own home then on Kanakapura Road so, it became easier after we moved to the new house. Then I started Precious Paws Foundation in 2012 as I found a place nearby and got the organisation registered. In the beginning, we were fostering dogs, cats and a couple of rabbits at the shelter, but now we just have dogs," she says speaking about her journey.

Ice breaker section
The devoted shelter has three sections — because a new dog needs time to be introduced to the others at the shelter so, it comes to the puppy area first. Then, their behaviour is observed and they are moved to a bigger area where there meet other dogs. They are given time to adjust, then moved to the large space under supervision so that they can mingle freely with the rest of the dogs. To this, Debadrita adds that she single-handedly takes care of the facility so it is not possible to cater to many different animals. She has a couple of dog walkers who help her out and two others who handle the van and the clinic, but she coordinates everything. 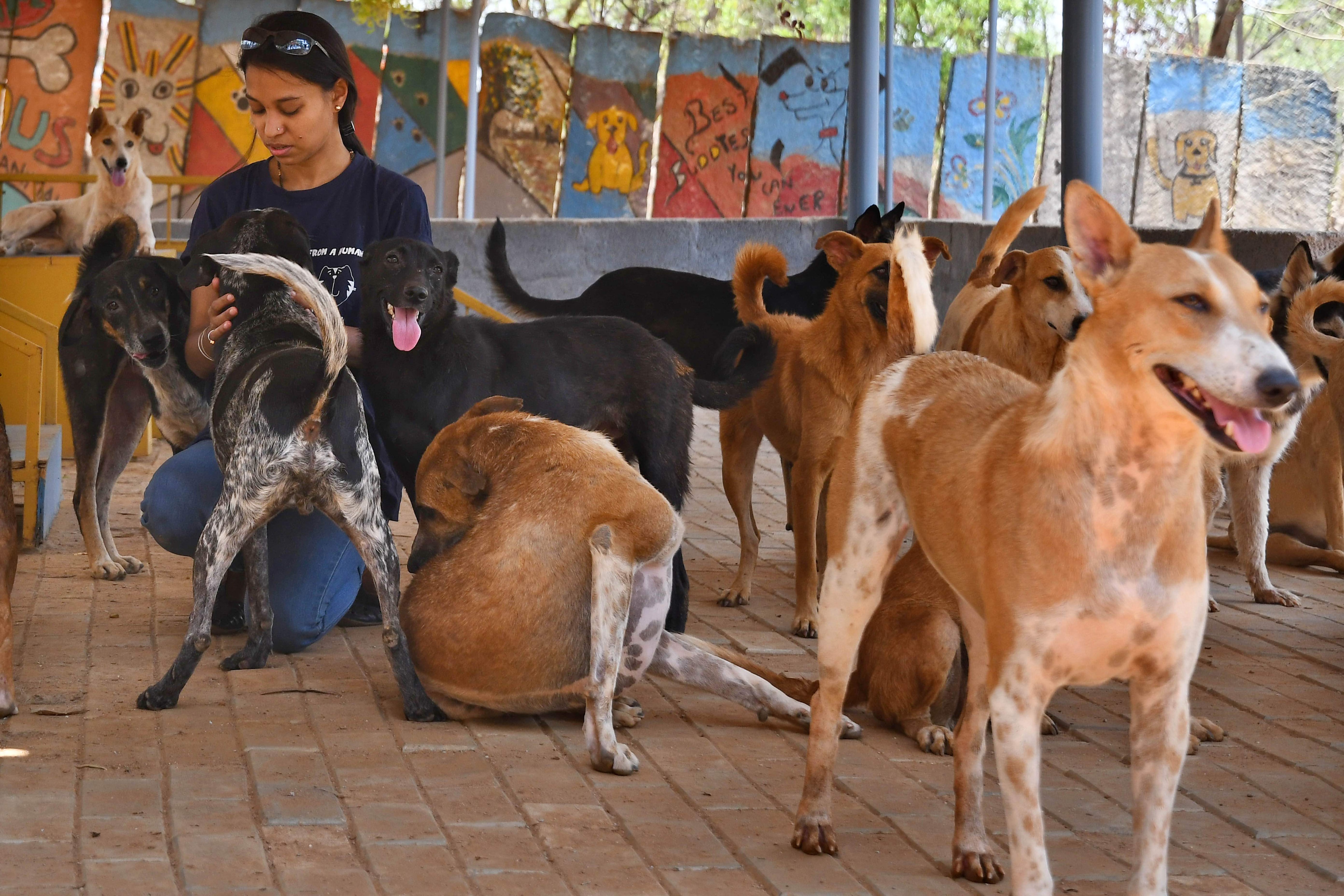 The 37-year-old feels that social media plays a major role in spreading awareness about rescues, animal rights and yet sometimes, influences people negatively. "There is something good, but there is so much negativity as well. Around 80 out of 100 rescue posts we see every day are unnecessary and arise from the fact that people find the puppies cute or just do it for social media attention. You do not separate a puppy from its mother just because you think it is cute or it is lost, the mother dog might have gone in search of food," she says, sounding quite disturbed with this.

Don't just like
Debadrita also feels that upbringing matters a lot in terms of how people see animals or even treat them. "Five to six years down the line, dog shelters were not so prominent but now, we have more dog shelters and more people working for animals, the word is being spread, but people have their own mindsets and stereotypes. I was told during my childhood that cats are evil. I was not fond of cats, but after the first rescue, I now have five cats at home. Initially, my parents told me not to keep them at home. When I moved to the new house in Bengaluru, my mom told me not to get the cat inside the house first. Then there is the superstition that cats are an ill omen and thus, shouldn't be petted. The right kind of awareness can change mindsets, but some people have their own beliefs and you can't really change that. You might be walking a dog on the street and the dog is least bothered about the surrounding, but some parent or mother will ask their child to not go near him it because it bites. This is unnecessary. It is a harmless animal, why teach children the wrong things? " she asks.

Through her foundation, Debadrita aims to spread awareness in order to change the opinion of people about these neglected, mostly misunderstood and occasionally hated strays. "We seek to bring this discussion out into public forums and slowly, but surely, change how people look at these canines who have had the misfortune of having to live without a roof. We hope to win respect for them and to get rid of the indifference to their plight," she concludes.