Guardians of the Coastline: How Pooja Kumar helps fisherfolk access the resources they need to fight for nature's rights

Pooja's team doesn't initiate campaigns but they help the fishing communities by providing them with enough support by collecting evidence, accessing information and giving them legal help

After a day of heavy beach cleaning, the then teenager, Pooja Kumar and her friends rode behind the lorry carrying all their garbage to the dump yard. The humongous piles of garbage shocked them. As teenagers, they were pretty pleased with themselves for having cleaned their beaches but this was not something they expected. And then they noticed something far more grave, they saw communities living close to the dump year and living and breathing it in the air every single day.

Pooja Kumar doesn't really remember a particular instance when she decided to make coastal conservation her career but it was probably at the time of this incident. Today, Pooja is the programme coordinator of the Chennai-based Coastal Research Centre. She has been working in the field of coastal conservation and also works at providing sustained support to the coastal communities in challenging destructive developmental activities.

The 27-year-old Journalism graduate has lived all her life in Besant Nagar and pretty much grown up on the beach. Her office today, the Vettiver Collective is only a few steps away from the sands of Elliots Beach. In 2009, a time when beach clean-ups were becoming a 'thing', she along with some friends of hers started a group called 'Reclaim Our Beaches'. "As I grew older, I saw how the beach changed and the amount of garbage that had accumulated over the years. So through ROB, we decided to start beach clean-ups," she said. But when Pooja saw how communities were living so close to the dump yards, she realised something new, "We thought we were doing something great by cleaning up the beaches but then, at the receiving end of our good Samaritan efforts were these communities that were getting directly impacted by the garbage. This closed cycle was what was the problem," she said. 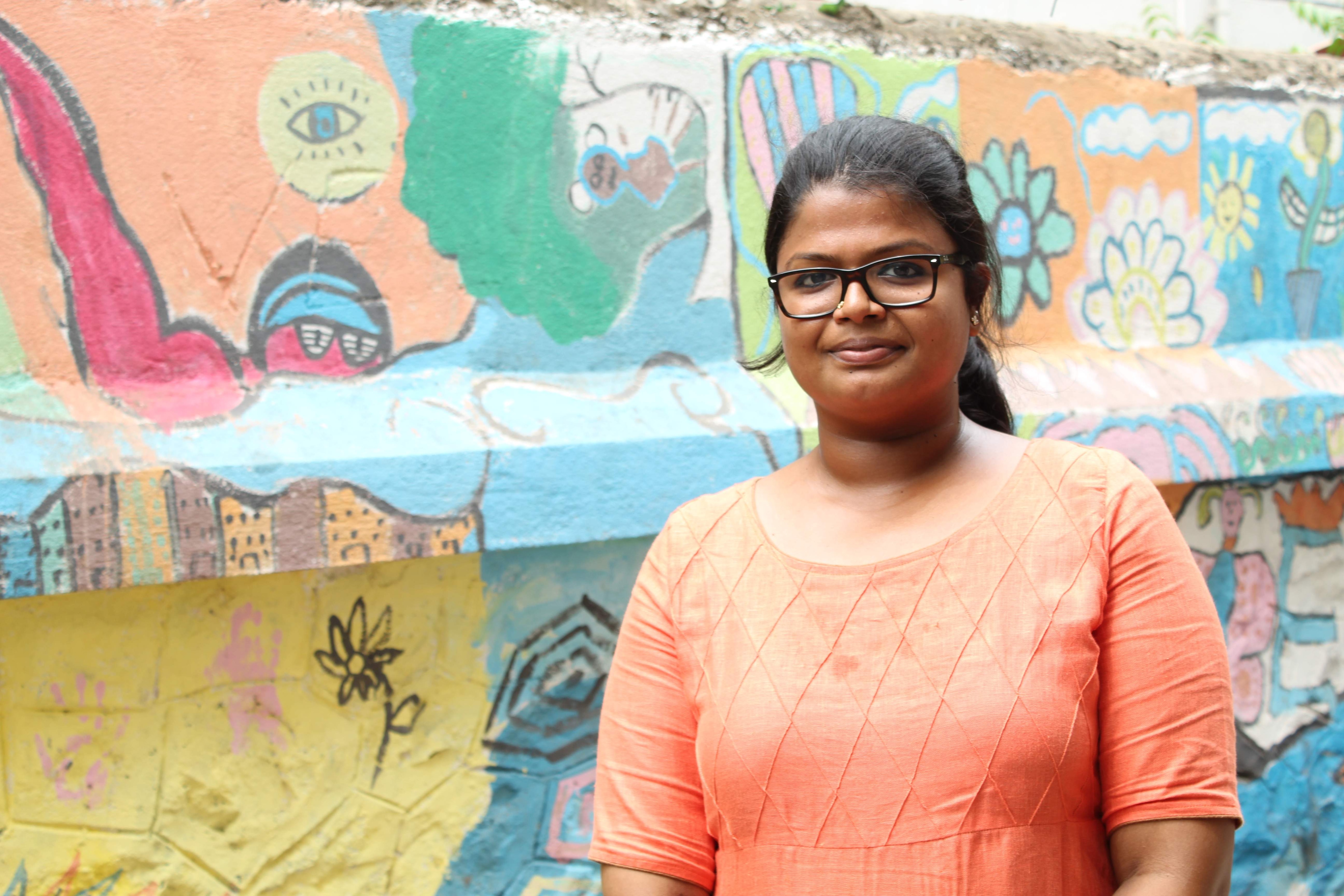 That's when Pooja said that she realised that environmental justice was more than what you see, there was a constant need to go beyond and learn more. "It was at that point that the beach which till then I only saw a beach as a recreation space, I soon unlearned that and it became a turning point. I learned that they were spaces of livelihood and living," she said. So when it came to choosing a career, Pooja's long acquaintance with the sea, made her feel like it was calling out to her. "All my friends in ROB went on with their lives but I figured out by then that I wanted to be involved in some form of coastal conservation. So  I spoke to Nityanand Jayaraman (environmentalist) who continues to be my mentor and I asked him about the various options. That's when he told me that just because I know of the existence of such problems, I don't have to feel obliged to make that a career. But I had a personal drive," she recalled.

Pooja says that there is a wrong perception that people make about the living spaces of the fishing community, "Fishing villages are looked at as informal slums sitting in the coastal real estate. That's completely false, it is their home and their livelihood. We are trying to visibilise them and their problems by talking about their history, culture and their uses of the region."

Pooja maintains that CRC is a solidarity group, that provides support to campaigns. "We don't campaign for anything ourselves, we help the fishing communities by providing them with enough support with regard to collecting evidence, accessing information and giving them legal help. In case there is some information available only on a website and it's in English then we help collect that information and translate it for the benefit of the communities fighting against a certain issue," she explained. 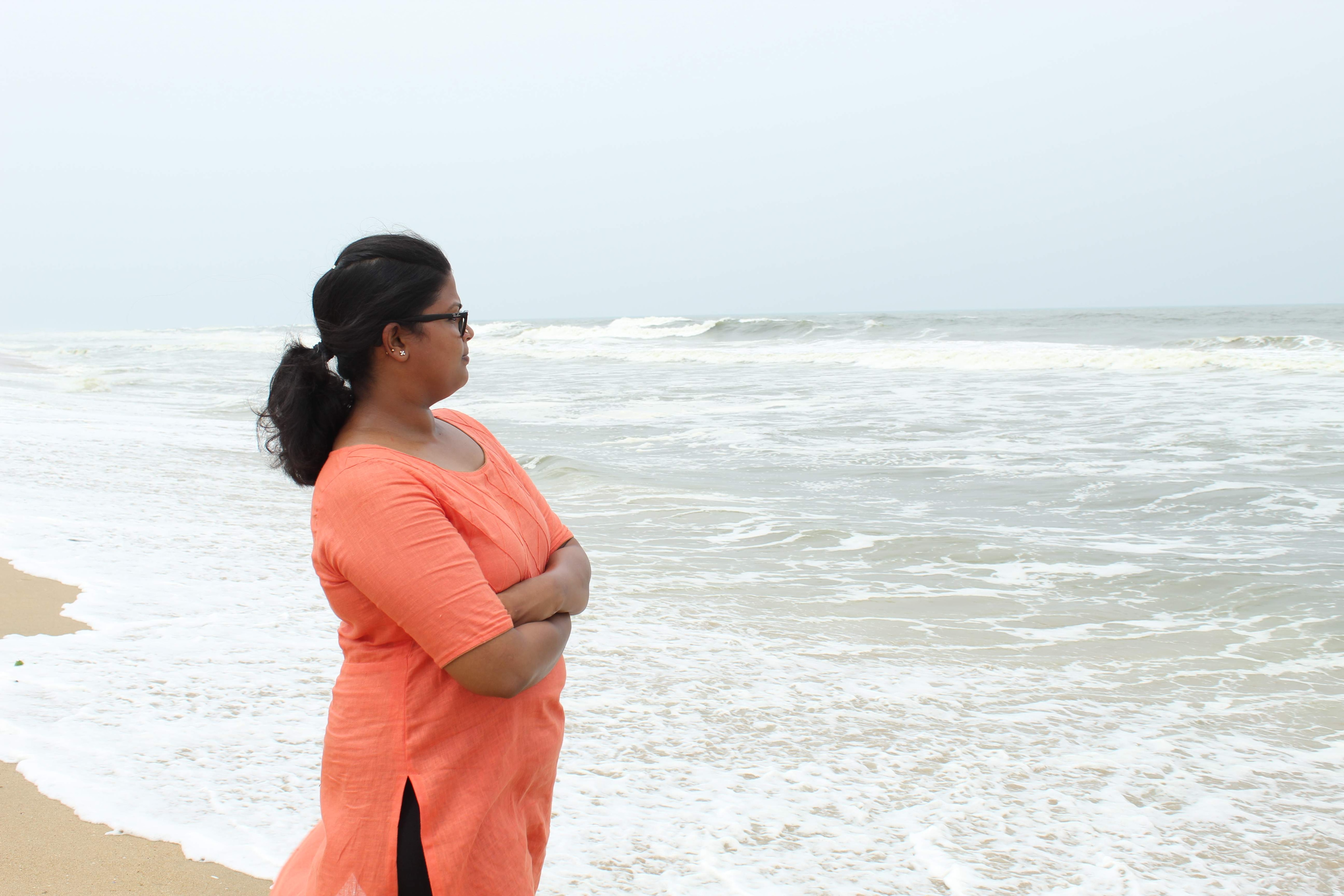 "We use our education, our privileges and our skill to provide this kind of support to the communities. We also liaison with lawyers to fight the cases and reach out to journalists to get the campaign the attention they need. It is their fight to fight and their voice, we just provide support," the young environmentalist added. From fighting against illegal approvals, setting up of thermal plants, chemical factories and other dangerous factories near the coastlines, Pooja and her team do it all.

When Pooja started work at CRC, she thought she'd try and work in the field for a couple of years. She's now been with the team for about six years and while it has taken a toll on her family and friends, she says that she's happy, "I would like to think that this is the happiest I'll ever be. We have had to choose work over personal commitments many times in the past, but it's still fulfilling. At CRC we everyone is paid a proper living wage, we have to let people know that pursuing such a career does not mean we sacrifice everything. Of course, it's difficult, there's never a dearth of work but I'm happy doing it," she says smiling.

When I ask if she thinks in five years she'll continue working at CRC, she says she would work for as long as she can, "I would also like to start writing more, I keep thinking I should put out more stuff on social media and other platforms about the work that we do."