Notes from a 90-year-old professor: Finding the meaning of life in George Koshy’s classroom

Having worked as a teacher for decades, George Koshy shares some of the greatest lessons he has learnt from his long and admirable journey as an English teacher

My conversation with Professor George Koshy began with him sharing one of his favourite excerpts from Macbeth. He carefully recollected and pieced together parts of the story like magic, each word hanging in the air, almost as though the listener could watch it unfurl if they paid enough attention. One can imagine what it would have been like to be seated on a classroom bench at CMS College in Kottayam where he worked in the English department until the day he retired in 1991.

Today, he is 90 and he is braving the pandemic just like any of us.

He tells me, “Macbeth who was the commander of the Scottish army wanted to become king, and his wife instigated him. When he returned after successful battle, the King honours him by staying in his home. But Macbeth kills the king that night and earns the title himself. Towards the end of the play, the eldest son of the king who had fled to England comes back with an English army to fight Macbeth. Then, as he was getting ready to go into the battlefield, a messenger approaches Macbeth and tells him that his wife had committed suicide because she was overcome by feelings of guilt. Macbeth who hears this news utters this sentence: “Life is a tale told by an idiot, full of sound and fury, signifying nothing. At that point, life is meaningless to Macbeth.” 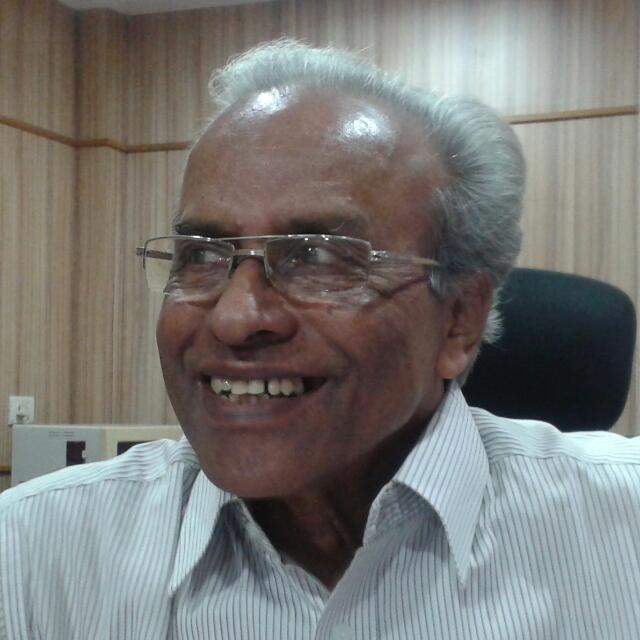 “Many of my students have admitted to feeling this way,” says Professor Koshy, “To them I say, suicide is a permanent solution to a temporary problem. The only solution to the problem of meaninglessness is to love your neighbour as yourself and to get involved in the struggles of other people. That will give you the kind of satisfaction you cannot get elsewhere.”

Perhaps the subject matter seems heavy for an English or Drama classroom, but the professor has never shied away from life’s greatest philosophies. In 1951, he passed out with the first rank in BA English as a student himself from CMS College which was under Travancore University at the time. Following this, he travelled to Chennai to complete his MA in English Literature at Madras Christian College.

In 1956, the Professor returned to CMS College as a professor at the age of 20 under the insistence of the Head of the Department, CA Sheppard. For the next 2 years, he worked as an English teacher.  In 1961, a scholarship briefly took him away to the University of Nottingham where he won a scholarship for BA (Hons) in English Literature. He credits professor Sheppard for his flawless teaching method, citing that he was his greatest influence.

On returning from England, he was mostly involved in postgraduate work before Professor Arthur Bradshaw, an Englishman who was HoD stepped down and the position was passed over to him. Over the years, various prominent personalities have walked in and out of Professor Koshy’s classroom including Indian National Congress leader Oommen Chandy, Former MP K Suresh Kurup, Bishop Thomas Samuel and Ex Vice Chancellor of Cochin University Babu Joseph.

To aspiring teachers, he says, “A teacher should teach not only what is given in the textbook but enrich students with life lessons. I used to speak to them about the values of life and never tried to impose my religious views on students. The classroom is where you can share stories of love, forgiveness, charity and justice, which can have such an impact of young people. Whenever the opportunity arose, I would teach them through drama. It is a slice of life itself and can teach you so much.”