This organisation is building leaders from the ground through music, games and football

At Enabling Leadership, the go-to motto is that 'every child can be a leader'. The international not-for-profit organisation first set up in India in 2011. The organisation uses a variety of means like sports, dancing and lego bricks to teach children about leadership and impart the necessary skills that are needed in management. When it first dipped its feet into the Indian education world, Enabling Leadership identified 3 organisations: Just For Kicks, Music Basti and Build Maya. The three organisations were brought under one umbrella to groom the best child leaders in India.

Prateek Jain has been working with the organisation since its inception. Currently the team leader, he says, "We had one huge vision when we brought these three groups together. The idea was to train children through unorthodox methods and instill life skills in them through a creative manner. If you look at 'Just for kicks', we invite children to be a part of a football programme from different parts of the country. Through 48 sessions throughout the year, they are exposed to the larger sports scene in the country through regional and national leagues. This brings together young, talented children from 10 major cities in the country." 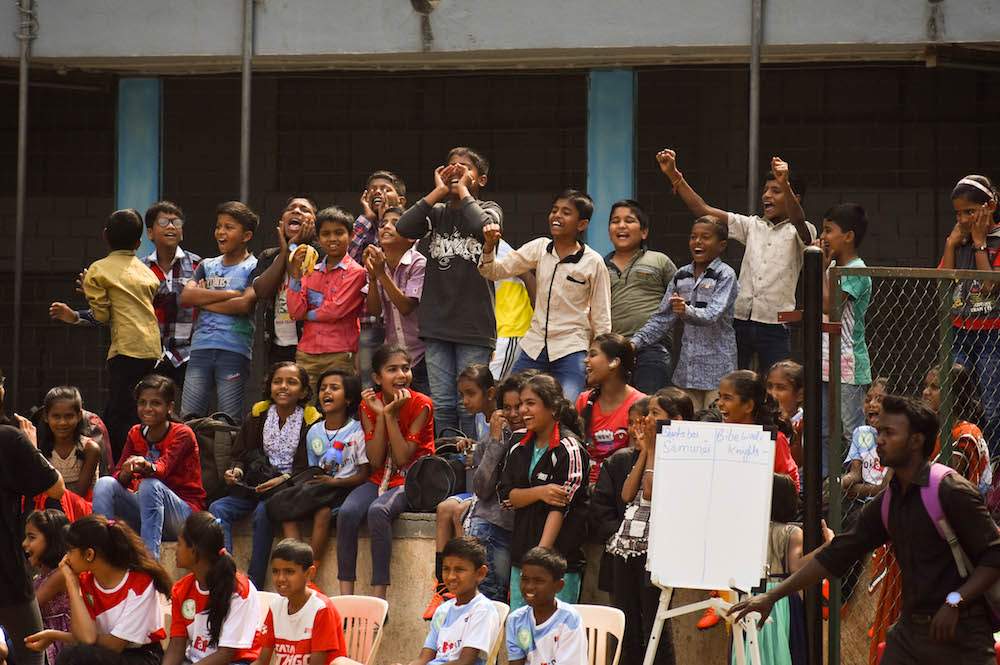 GAME ON: The children participate in national level games

Launched in 2011, Just For Kicks was introduced with the motto 'Everyone plays'. The programme was introduced to schools as a means of introducing children to leadership skills by using football as a medium. "We have had special classes with Just For Kicks since we were in elementary school. I am our school's favourite goalkeeper. This is something that I want to pursue even when I'm older. My teachers tell me that learning to manage such an important role can be useful for my future."

The organisation has formed a flagship curriculum that combines life skills with football drills. Each year, students go through a hardcore training process and participate in national and regional championships where they interact with other students. Prateek says, "The uniqueness is in the name itself. The programme calls for maximum engagement from young sportspersons from around the country. This is what we all dreamt of as kids! It's learning through the football field instead of just slugging away at our desks." 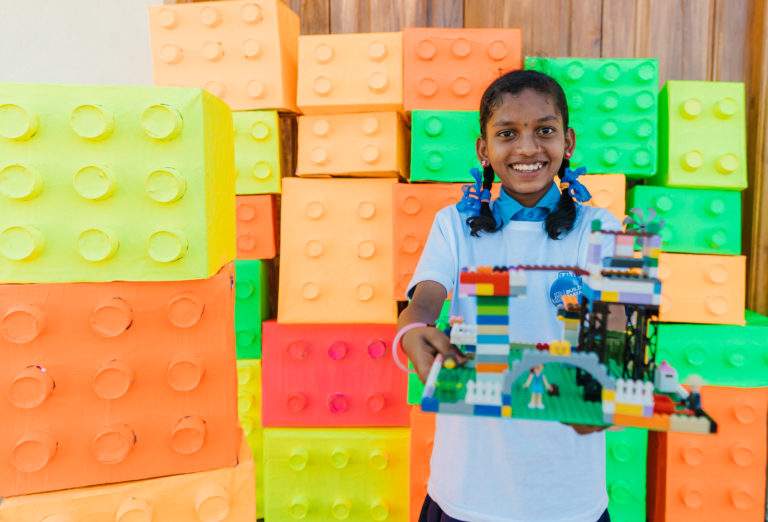 BUILT UP: The programme introduces children to leadership qualities

Created in 2016, Build Maya uses the pedagogy of games to to teach children to build a world through their imagination. Build Maya uses the principle of positive play to encourage students to design solutions using building blocks for real-world challenges in their home, school, village or larger community. Launched in rural villages in Dharwad, Karnataka in 2017, the program has entered the second year of its pilot phase with 200 students this year in Dharwad and Pune.

Prateek explains, "The program engages students in using cooperation, planning skills to think critically and engineer solutions to problems by using ordinary toys like Lego blocks. We ask them to build blocks. We watch them and encourage them while also teaching them about basic roles within leadership. They get to choose how they lay out their creative plan and we help them do it efficiently. Somehow when it comes from the children themselves, it makes it more meaningful. It's the best way to showcase their creativity." Build Maya also has an annual showcase where students group together at the end of an academic year to showcase their work to an audience. 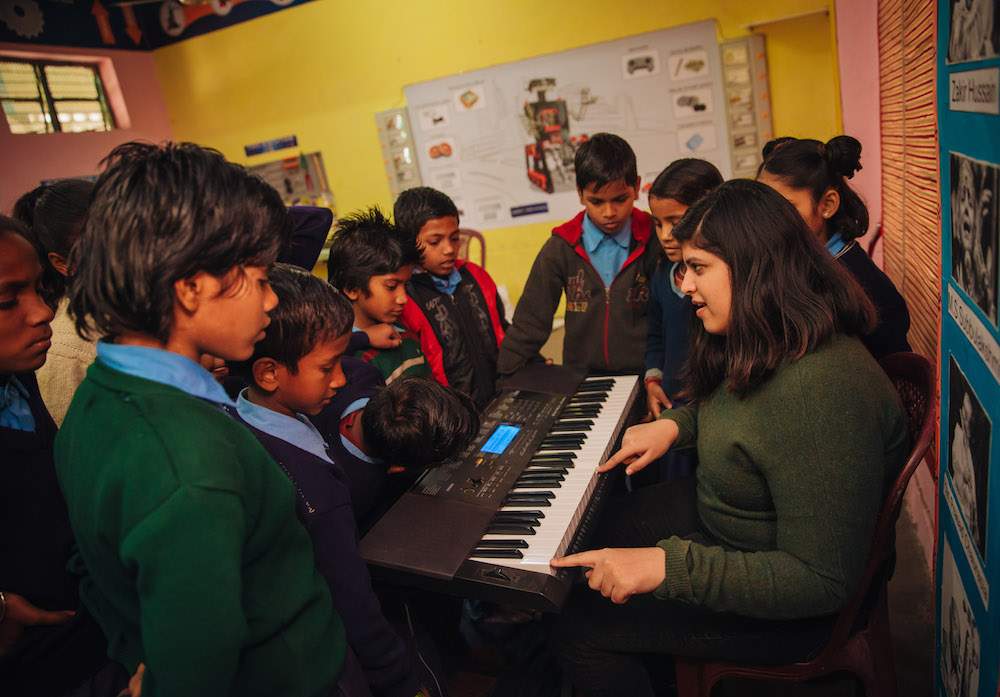 FIRST NOTE: The children compose their own original music

Prateek continues, "Music Basti does the same thing but through music. And this is not just covering any pop song, these children create original compositions!" Music Basti was set up in 2008. The group-based music learning program is a platform for children from low income households and schools to tell stories through music once they enroll in the programme which enables them to write original songs and host public performances. Oftentimes, their music is accompanied by makeshift-drum buckets or the gentle clanging of pens against glasses.

Annually, the program entails about 48 lessons between the months of July and February. Each session is for approximately 60 to 90 minutes. Once they are trained in the basics, students are expected to participate in a mid-year community concert. At the end of the year, they come together in a culminating concert  which is designed as a platform for the students to perform their own original songs that tell the stories of their communities.

Each year focuses on an important theme. In 2018, the concert focused on the issue of non-discrimination and in 2019, they performed on how 'We can' make a real difference to the world we live in. Prateek says, "For most students, it’s a day of firsts as they stand on a stage for the first time, performing for a brand new audience and the first time they introduce the world to a song they wrote themselves. The concert is free, open to the public and focuses on bringing together as many of the students parents, school staff and community members as possible. It is designed to create a professional, high quality concert experience for the students."

Prateek says, "We have had the most promising response from the students. We have grown tremendously in terms of numbers just through word of mouth. We have more volunteers joining us and we're growing each day as a community. Occasionally we organise events like 'Play like a girl' where we encouraged girls from rural communities to learn football in their schools. There's a lot of stigma we can remove just by providing people a platform where they can do things differently." Currently, there are 4800 kids in Just for Kicks, 1200 in Music Basti and close to 300 in Build Maya.