Aswin Manikandan even conducts workshops and his 'carved wonders' are also available for sale on his Instagram handle, c.e.l.e.b.r.a.t.i.o.n

Youngsters today save up their pocket money for a variety of reasons — from buying the latest trending gadget that they had been eyeing for a long time to finally going on that Goa trip that they had been planning with their friends for ages. But Aswin Manikandan from Devakottai uses all his pocket money to buy soap, thermocol and chalk. Why hoard these random objects, you ask? That’s because this 21-year-old uses these raw materials for his ‘creative experiments’ and carves solid, breathtaking 3D models out of them.

“It all started after I watched Mozhi, a Tamil movie featuring actors Jyothika and Prithviraj, where in a particular scene, the former gifts the latter a violin model carved in soap. I was only in Class VIII then but I was fascinated with the concept and it was all I could think about for days. I wanted to create something out of soap too," narrates Aswin. So acting on his impulse, he tried carving a carrot out of a bath soap that was lying around at home. “It wasn’t a success,” he recalls, adding, “I did not pursue it after that and focused on drawing cartoons and doing watercolour paintings – things I had been doing since childhood and was very familiar with.” 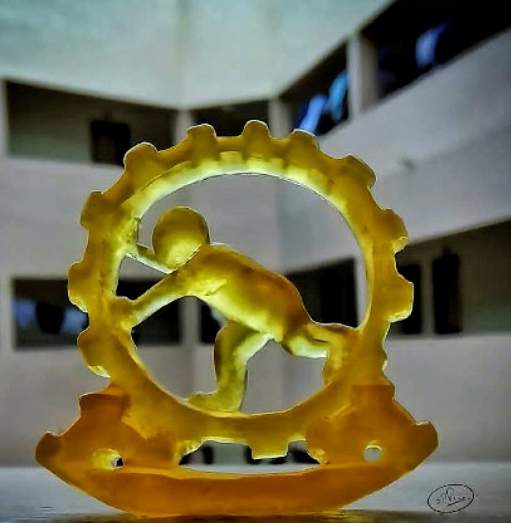 It wasn’t until the first year of college that he tried his hand at soap carving again. “I consider my dad my hero and wanted to gift him something unique, just to show my appreciation for all the things he has done for me. I checked out every gift shop in town but was not satisfied with anything I found. That’s when I decided to experiment with soap again. And I was pretty successful this time,” says the final year BTech Computer Science student, pointing to a soap model showing two figures (his father and him) hugging each other with the words ‘My Hero’ carved at the bottom.

Aswin’s ‘carving journey’ did not stop there. Through trial and error, he became so adept at making soap models over time that he even started a home-based business under the banner ‘C.e.l.e.b.r.a.t.i.o.n’, through which he gets enquiries for custom models. “People started noticing me after I put up my work on Instagram and other social media handles. They love the translucent, glass-like feel of soap models. I get a lot of gift orders for birthdays, anniversaries and other celebratory occasions,” he says, pointing out that people of today are fed up of the conventional and are always on the lookout for something different to gift their loved ones.

Additionally, Aswin’s love for creating 3D models made him dabble in creating thermocol models too. He says, “I love the real-life effect that 3D models exhibit. I love creating things. The feeling of making something from scratch using just a few basic materials and tools is incomparable.” Be it the life-sized Pokémon characters he has created using thermocol or the soap carving representing MS Dhoni’s characteristic way of taking the stumps after every victory — we can see his love translate to commendable pieces of art. 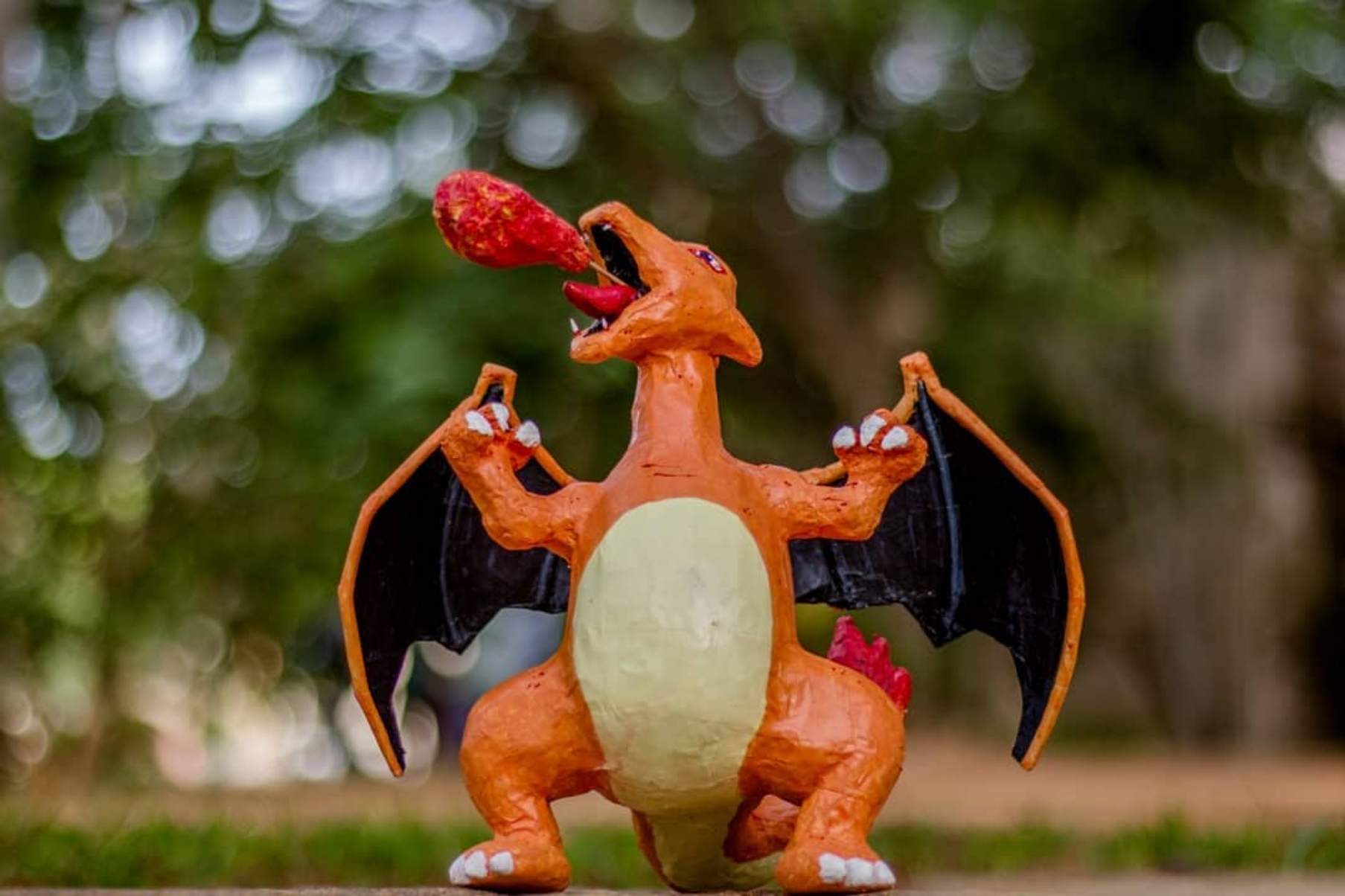 Life-sized masterpiece: This Charizard is one of the many thermocol models he has created | Pic: Aswin Manikandan

Ask him whether the two (soap carving and thermocol modelling) follow the same process and he says, “Pretty much. The initial steps that I follow are the same for both. It’s basically just imagining your model in 3D and deliberating on the approach to follow. After that, I start work by chipping out the material according to specific shapes and sizes required, carefully removing any ‘extras’. And voila, after a few hours, the final model comes to life,” he avers.

In order to impart his learning to others, Aswin has conducted four soap carving workshops in both Chennai and Bengaluru so far. “There are a lot of organisations like MadCap that help budding artists like me reach out to art enthusiasts. Without such forums, art cannot survive – both as a trade and as a hobby,” Aswin states. So, does he plan to take up art as a career? “Yes, of course! I dream of being a prop maker in big film studios. I would love to travel the world and learn about different forms of art and better myself. Eventually, I would like to start an establishment to support other artists – preferably a studio with a workshop or something on those lines,” he smiles.