The protégé of Kabali and Kaala director Pa Ranjith, Malini makes cinema that is grounded and extremely focused on LGBTQIA+

When Malini Jeevarathnam, a small-town girl from Paramakudi got the opportunity to assist director Pa Ranjith in the making of his movie Madras in 2014, it was not just a turning point for her career, but also for her conscience. She had decided to come out as a lesbian during that point, after being empowered by Ranjith’s progressive ideas and the crew’s support. “But as much as coming out emboldened me and gave me a new perspective on life altogether, I started to realize how vulnerable the LGBT community really is. The suicide rates among members of the community were alarming,” says the 28-year-old who holds a Master’s in Media Arts from Loyola College.

Driven by her new-found identity and mindful of the fact that books and pop culture depict homosexuals as the ‘others’, she set out to make a documentary on the lives of lesbians in India in 2014. Nobody, not even her friends, was willing to help her out in any way to make this a reality. “When I asked my friends, people that I knew very well, to act in the project, they were very apprehensive and told me that the documentary would never be received well. My heart sank but I did not give up and continued with it.

But luckily for her, her mentor Pa Ranjith came to her rescue again. “I had gone to him asking for a camera to shoot my movie. I was pleasantly surprised when he told me that not only would he guide me throughout the making of the movie, but also produce it!” she recalls, adding that that’s how her documentary, Ladies and Gentlewomen, was released in 2017. 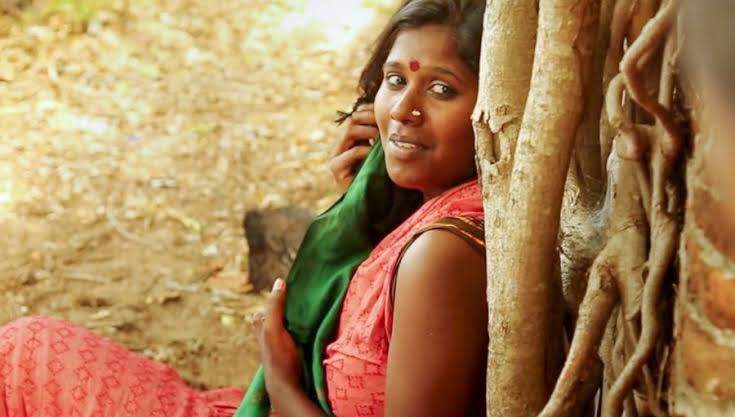 Ladies and Gentlewomen narrates two tales: One that of Tija and Bija, a lesbian couple believed to be from Rajasthan, and the other about a Tamil folktale that features the lovers Pappathi and Karupaayi. It also features different perspectives on lesbian women from LGBTQ activists, journalists, lawyers and common people. “The movie received many awards and recognitions internationally and that’s how people started noticing me. The friends who told me that I wouldn’t be successful were now so proud of my success. But honestly, all I wanted to do is to increase the visibility of queer women and to save lesbian women from committing suicide or them being a subject of honour killings,” Malini asserts.

Malini says that when people ask her why she’s making movies on LGBT people, she asks them back: Why does everybody always make movies on straight people. “During one of the screenings, a guy shouted that he is 'gay' and that he is not going to hide it anymore. We were all in tears, shivering, and happy that the documentary has created a safe space for many people to come out and realise that they are not alone. Many have reached out to me to discuss their problems, even from my own district, Ramanathapuram. It is a myth that only urban lesbians come out,” she smiles.