Want to know how good your English is? This online test can give you accurate results in no time

Freya Thomas from PTE Academic tells us why this online language testing system has an edge over the competition!

“My son is doing his MS in the US.” If I had a nickel for every occasion I have heard this, I’d probably be on one of Forbes’ annual listings by now. Sending their wards abroad for foreign education, to many Indian parents, appears to be a matter of great prestige. Funnily enough, some of them actually do so just to print the aforementioned fact on wedding cards for the big wedding that is bound to follow when their wards return from the US or other countries! But jokes aside, foreign education is rapidly, and frighteningly, becoming a norm — it is almost a mandate for many ‘well-settled’ families, who insist that a degree from a university outside of India is essential to find employment abroad.

The sheer quantity of institutions, training centres, coaching academies and private agencies, all of whom, sans exception, guarantee their students (or rather, customers, since virtually all of them are highly commercialised), a pathway to overseas education, speaks volumes about the demand demonstrated by Indian students to secure admission in one of those prestigious universities abroad. However, one of the biggest hurdles, surprisingly for a nation that has dozens of native languages, is language! Here, the medium in question is none other than English. Almost all colleges and universities outside of India require the applicant to ‘demonstrate their English language proficiency’ and the popular International English Language Testing System (IELTS) is arguably the most recognised exam for this purpose. However, after exactly three decades of dominating this lucrative market, it appears that IELTS and other such language-testing systems have finally found a worthy opponent in the form of PTE Academic, which is completing 10 years of successful operations this year.

PTE Academic is a computer-based language test that offers international students and employment seekers a fast, fair and flexible way of establishing their English language proficiency. An initiative of Pearson, which was founded one and a half centuries ago and currently reigns as one of the world’s most trusted education companies, PTE Academic stands out quite distinctly from the competition.

Freya Thomas Monk, the Senior Vice-President at the establishment, was recently in India, orchestrating seminars and orientation programmes for Indian students regarding the perks, privileges and preparation methods for pursuing an education abroad. “PTE Academic is essentially an English language test that tests a person’s level of English proficiency. It does so in a very accurate, detailed and reliable way. It’s available in over 50 countries worldwide, and no matter where you take it, be it Mumbai, Milan or Moscow, it’s the exact same test! It’s a three-hour test and is computer-based,” says Freya.

Academic excellence: Freya Thomas firmly believes that Indian students are among the most competitive, when it comes to academic performance

Regarding the procedure to be followed for taking up the test, the candidate has to approach an authorised centre, register and clear the security check. “The test covers everything — reading, writing, speaking and listening. Because of the level of efficiency offered by the test, the scores that you obtain are recognised by all Australian and New Zealand universities for migration purposes, such as for getting a visa, and by over 2,000 colleges across the world as well,” she adds. The formation of PTE Academic is attributed to Pearson’s ability to identify and deliver the sort of technology that is required to keep both employees and employers happy. “We, at Pearson, recognised that there was a huge demand for students to prove their English language proficiency, whether it was for higher studies or for finding work. We had the means and the tools to help them realise this and came up with the idea of establishing a universalised test,” says Freya, a graduate of the University of Oxford.

While PTE Academic isn’t quite as common, for the want of a better word, as IELTS, it does offer several significant advantages. For instance, the candidate can complete all four modules (listening, reading, writing and speaking) at once, as opposed to them being slated for different days. Furthermore, the results are available in two to five days, and most importantly, the overall experience and service being offered is said to be the best available in the market.

PTE Academic, while retaining its global outreach, has, in more ways than one, identified Canada as one of the more promising destinations when it comes to foreign education. “Several Indians want to study in Canada. When I was in Toronto, I saw many brilliant Indians there who were building their lives, studying and just doing so well overall. It’s a great place to grow and PTE Academic is recognised by most of the universities in Canada,” Freya informs.

There are over 40 test centres for PTE Academic in India alone. “Since we are computer-based and widely spread throughout India, we are easily accessible. One of the salient features of the test itself is the fact that our contents are drawn from sources that require authentic usage of English. You can relate to them in real life and not just in hypothetical pretend-scenarios!” says Freya. She elaborates that the establishment also helps candidates with the preparation for the exam. “There is an app which helps you familiarise the test pattern, so that you can sit for the real one feeling relaxed and confident. We also provide practice material online, which can be downloaded free of cost,” she adds.

Freya is also highly in favour of Indians studying abroad, as she finds them to be incredibly competent. “I would say that they are among the most competent students, anywhere in the world. People in India have very good levels of English proficiency, although it does vary,” she says. When asked about the sort of skills that the average Indian would need to blend in with the academic atmosphere abroad, Freya is quick to list out a few. “There are two things to keep in mind — skills and trends.Life skills are crucial when you study abroad, especially while learning to live independently. You must be confident in this regard. Technology is another skill that you must pay heed to. Everyone learns at their own pace and technology allows you to decide the place and time to study what you want to study. We have moved on from the old days where everybody sits in the same classroom. So essentially, time management,” she remarks. 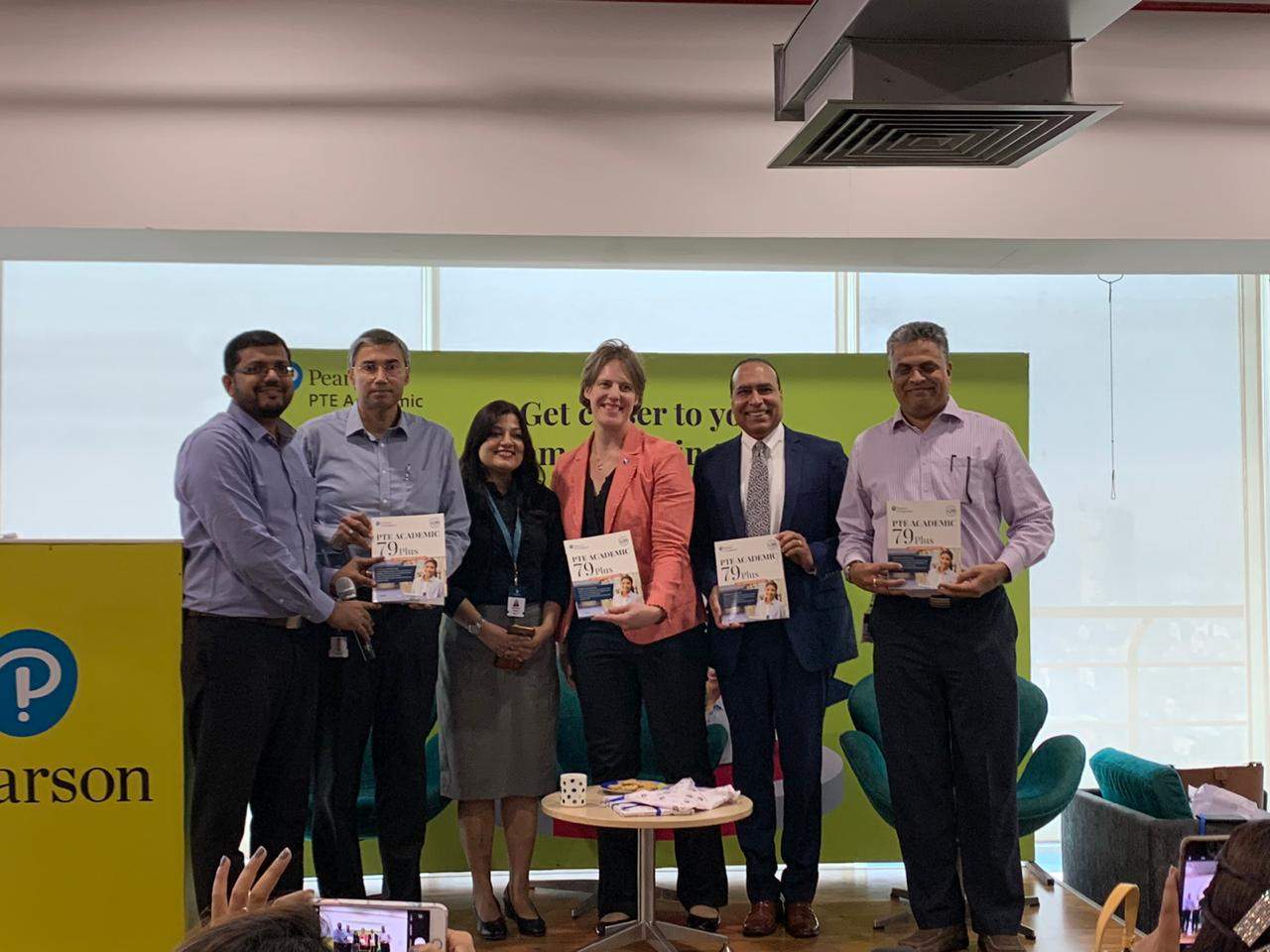 The grading system at PTE Academic is radical in its own way too. “We have our grades running from 10 to 90. You will get very precise scores, like 73. The candidate will also get an overall score which encompasses your other scores, say in listening or writing. We give all the details so that the student can identify exactly where they are vulnerable and work on that specific area to elevate their future scores,” says Freya. Their future plans involve two distinct prospects — to introduce their tests in more countries and to get recognised by as many universities as possible. “We wish to take our tests to other parts of the world. Ultimately, what we seek is worldwide acceptance,” concludes Freya.

If their current success levels are anything to go by, it appears that PTE Academic will certainly make it big in the field of education! What they offer is the best of both worlds — fast, simple, convenient and accurate tests that clearly indicate the candidate’s level of English proficiency. It would be an ideal substitute to existing language tests that are generally far more time-consuming and tiring.