Pradeep Mukhathala is a cashier at the Kerala State Electricity Board in Kollam. At 35 years, he has become one of the district's most recognised  educational figures. In 2009, he cleared the Kerala State Public Service Commission (PSC) exam without any professional training. Having prepared for the major exams all on his own, despite a family that did not understand what he did, in addition to a lack of funds, he managed to secure a place in 12 rank lists across the state.

His process is simple. And that's what makes it all the more remarkable.

Pradeep had a library near his house and he used to visit it in the evenings simply because he loved gathering information. His visits became so frequent that he joined the library committee as a Joint Secretary. He says, "People who came to borrow books would ask and clear their doubts with me. I would frequently to exchange all the information I had with students who would approach me in the evenings. Later, these kids would join me with their books." Over the next five days, this service that he used to do casually became something bigger when the students brought their friends along. 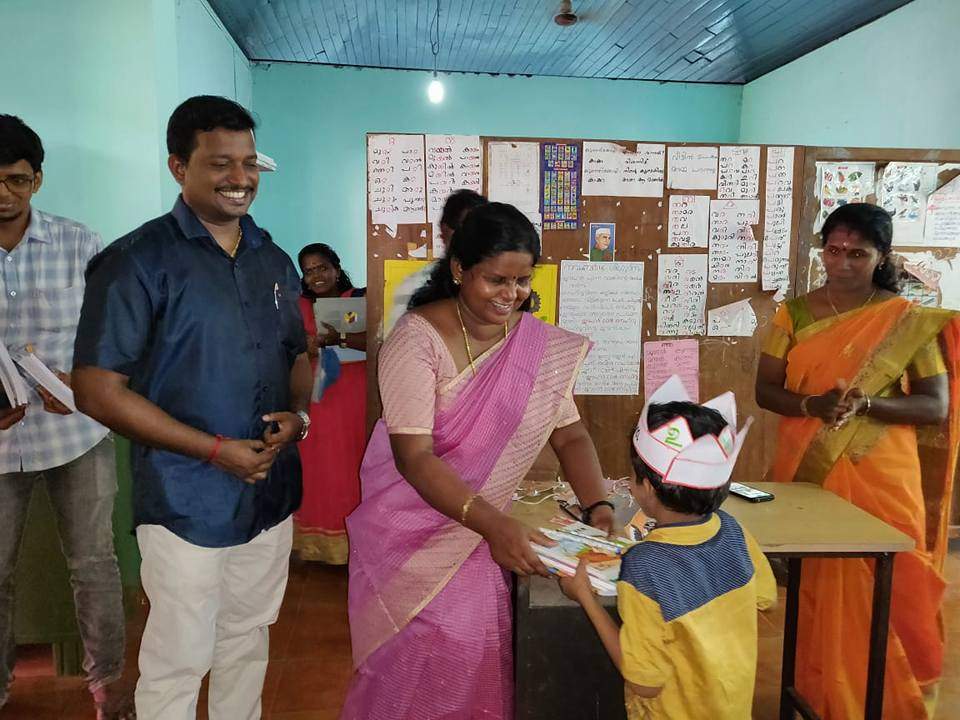 GIVING BACK: Every month, Pradeep and his students visit orphanages to volunteer and make substantial donations

In no time, the word got around. People who lived in the neighbourhood came seeking his help and Pradeep's list of students grew to 15 people a day. As the number of people increased, they decided to go to take the classes in Pradeep's home and at the houses of the students who were participating. At 7.30 in the evening, the students would gather at the sit out of his house and the number grew to 30 students. Eventually, the Secretary of the library said that they could find the space to conduct the classes in the library itself, where it had all began.

In all the years that he has been teaching, Pradeep has not charged his students a single rupee. His classes are so helpful that professionals from Infopark would approach him because they did not have the time to study after work. He says, "I started to teach in the mornings. Classes would start at 5 in the morning with over 30 people in the locality. And they would go on to study on their own in the night.”

Pradeep's classrooms are a happy space. They lay a mat on the floor and students of every background, age and gender would gather together with the single hope of securing a job that would help them make a difference. "When the numbers crossed 50, I realised that the mornings are more convenient. I can teach them to a level of satisfaction and they can do whatever they need to do in the later hours,” he said

The institution which started with a handful of students currently has over 879 permanent students and over 1000 students who are not regular. Pradeep teaches 4 batches at 4.30 am and 7.30 pm on alternative days. “Ultimately, I have a job to go back to so I cannot add another batch, I have already taken on the maximum amount of students that I can handle.” However, for those who desperately wants his classes, he has created his own question paper sample with 1000 questions and sends them home to study it and come back to write an exam out of 100.

“I don’t conduct exams for military and navy aspirants because they are literally making this effort to serve the country,” he says. Pradeep’s only rule is dedication. Everyone is expected to secure the same level of marks. Specific pages are demarcated for his GK classes and regular lessons for English and Mathematics. He conducts exams everyday and if you fail them more than three times, your time in the class is over. Considering the amount of time this government employee has put into this free service, dedication is a small price to pay.