Serial entrepreneur Atul Jalan debates 'Where Men Will Take Us? in his debut book

Technology is advancing so fast that it is completely changing our social institutions like family, government and religion, according to Jalan who explores how we can adapt to these changes as a race

How technology has changed lives’ is often the chosen topic of heated debates and water cooler conversations. Serial entrepreneur, futurist and founder of pioneering AI venture Manthan, Atul Jalan has studied the effects of technological advancement on the human civilisation and compiled his findings in an insightful book titled Where Will Man Take Us?. The book also happens to be his debut non-fiction work. “From running software services ventures like Netcraft and Microtrack in the early 90s to Manthan now, I have dealt with the field of technology all my life. So it was only fitting that I delve into how technology has started controlling man, instead of the opposite,” he says.

Atul believes that ‘technologies are now merging with our biology’. “We stand on the brink of change. Technology is advancing so fast that they are completely changing our social institutions like family, government and religion. The most radical changes can be observed in the field of genetic engineering. Now, we have the ability to edit genes. About ten years ago, our lives were not like this, and ten years from now, it will not be like this either. This causes a dent in the whole evolution process,” he comments, adding that along with the social institutions, technology has also changed our morals and ethical values. 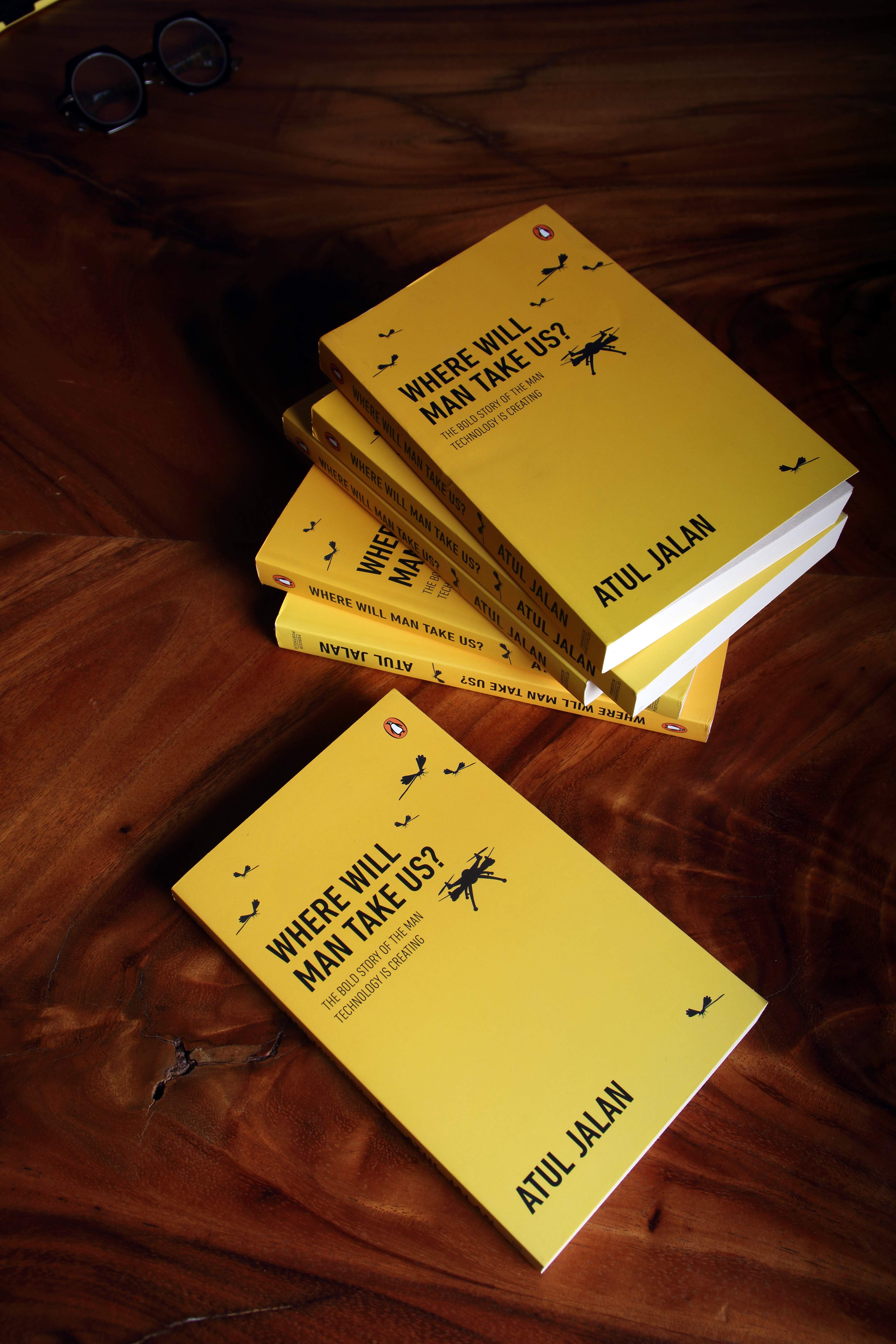 But if you’re thinking that Atul is wary of these changes and looking at it in a negative way, then you cannot be more mistaken. “My book is in no way a critique of how man is becoming a slave to technology. I am an eternal optimist and believe that we as human beings have the ability to adapt to anything that may be thrown at us. I just want to ask questions and prompt readers to think about different perspectives. The book is entirely about drivers of change and how these drivers have the potential to become disruptors too,” he says, informing us that the speed of change is exponentially faster in these present times and there is a small window of opportunity for us to adapt to them. According to him, we need to come up with an entirely different socio-economic model to do this.

In his book, Atul has also explored how understanding the technology-biology paradigm can help us solve one of life’s biggest mysteries like alien existence or even the concept of death. “I have raised many questions in the book and even offered solutions to some of them. The purpose of the book is to get laymen who do not understand sophisticated technological facts understand how technology is affecting lives at the micro-level,” he adds.