Minimum qualification to contest elections is an elitist viewpoint: Kawalpreet Kaur on elections and women's safety

It is really good to see that people like Kanhaiya, Raghav and Atishi contesting. They have no political background and will probably bring in a new kind of politics, says Kawalpreet

The 23-year-old President of All India Students' Association might not look very mighty but Kawalpreet Kaur wants to work for the people, more than what majority of the politicians who are in charge of our well-being. Kawalpreet is pursuing her LLB from Delhi University and is on her last semester. She has been active in student politics and been a voice for change and justice for the past four years. We spoke about her future plans, politics, activism and women's safety with the firebrand student leader. Excerpts:

Young India speaks has campaigned for Raghav Chaddha and Atishi. Why support them?

Various student organisations came together last December to form a united front called Young India Forum. We had decided that we will support young candidates from the non-BJP parties in their campaigns, talking to them about the issues like unemployment and education. We asked them to incorporate agendas that the youth care about in their manifestos — assurance of appointment to vacant posts, job creation, making the public education system more robust. Our support went to AAP in Delhi because they are also focusing on promoting government schools and improving the public education system — our agendas were similar.

Arvind Kejriwal said that they will secure 85 per cent of the seats of Delhi colleges for residents of the city. Do you support that?

We do not. There are so many students who want to pursue higher education but we do not have that many colleges. AAP is also trying to solve the same problem. But you cannot just take the shortcut and say that we will reserve the seats for students from Delhi. Delhi University is a central university and it will have to admit students coming from various parts of India. What the Delhi government can do is open new universities like Ambedkar University. But I do not think reservation is the right path.

Raghav, Atishi or Kanhaiya do not have the background every other politician has had in India — either family lineage or party worker and influential in his/her area or film star. These people are young, educated and fresh. Do you think this is a new wave and will transform Indian politics?

I think its a good thing that young, educated people are contesting (the Lok Sabha Elections 2019) this time. But people are arguing these days that there should be a minimum qualification to contest in elections — I don't agree with that. I think its a very elite viewpoint because there are so many people in India who do not have access to formal education. That does not mean they cannot contest in an election. It is their fundamental right to contest and they will understand what the needs of the people are on the ground level. I don't think any formal education can replace that.

It is really good to see that people like Kanhaiya, Raghav and Atishi contesting. They have no political background and will probably bring in a new kind of politics. Politics in India has almost been inaccessible for the common people — you either have to be a criminal or a big businessman or work in a mainstream (political) party to be in the election race. The last five years have seen a lot of friction in society. People who have consistently risen their voice are now getting recognised — Kanhaiya is a big example of that. If he can make it into the Parliament it will be a big victory for the youth and all those student movements over the years. People's conception of how their political leader should be is also changing. They were used to a particular type of people for so long but now they are ready to accept someone with no political lineage like Kanhaiya. 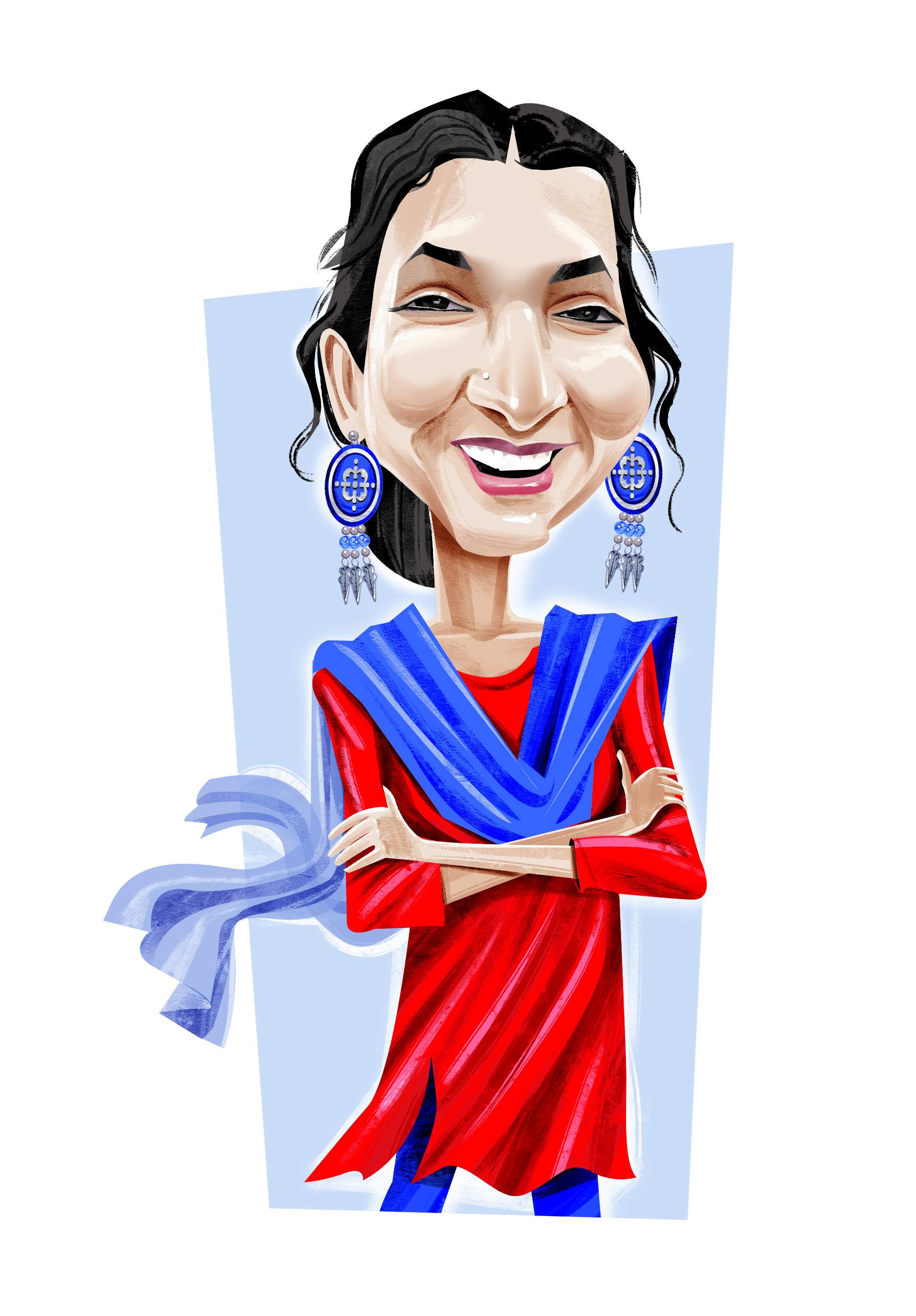 Standing Strong: Kawalpreet wants to stick to activism and work for the people (Illustration Amit Bandre)

You are on your last semester for LLB. What next?

I am not really sure. I want to practice law but I would also love to pursue masters in Psychology if I get a chance. Growing up I always loved Psychology and I chose the subject for my undergraduate. But as I got involved in activism I realised that Law can be very helpful. I don't think I will go into academics. I want to be involved in activism and also practice law.

Are your parents cool with your involvement in politics and activism?

I don't think any parent is cool with their kid being an activist but I think mine have made their peace with it. They have understood that this is something I like doing. Even then I think if I tell them that I want to be a full-time activist they will not want me to go for it.

I don't think any city is 'safe' anymore. Be it in India or abroad. This is a multi-pronged problem. Everything from infrastructure to law and order to the mindset of people is contributing to the problem. We need elected representatives who will help change the mindset of people who think that they can get away with these types of crimes and may even be noticed by people higher up in the party rather than blame us for staying out late. Secondly, if I go to a police station and complain then I should have the assurance that justice will be served. When we have such low conviction rates how can we expect people to feel safe? People who want to harm women will not be scared of the consequences. The Chata hai attitude needs to change. Not just on the road but in places like universities as well. The committees that the universities have should be sensitised and approachable. The victim should feel safe while complaining to them.

You had been part of the Aqal Ki Baat series. What was the basic idea behind it?

We wanted to talk about the truth behind the issues that are pertinent in this election and spread them through WhatsApp. We also uploaded them on YouTube and Facebook as well. But the primary objective was to spread the truth through WhatsApp. I spoke about unemployment in the country and how it has increased in these five years.

Congress has promised to provide 24 lakh jobs in two years. Do you think it is possible?

Why not? All the next government has to do is ensure that there are no paper leaks and exam delays. They have to fill the posts sometime. So why not try to do it in two years. The public examination system has become the hub for corruption. That needs to stop.

What is going to happen on May 23?

This government is going to fall. They won't continue for sure. Even the surveys are saying that. We need a government that will provide dignified employment to the youth and ensure better educational infrastructure.