The King of Indian Queens: How Vikram Sridhar is retelling the stories of India's Ranis

Intrigued to learn more about the untold tales of women in Indian history? Then, you should attend Vikram Sridhar's Ranis of India

For students, History can either be the most interesting or the most boring subject. I loved History. But when I was in school, I remember reading just about three to four names of women rulers in my textbook. It was either the brave stories of Rani Lakshmi Bai or Razia Sultana or a couple more from South India. But in reality, there exist many untold tales of women who contributed to society. While some of them sacrificed their lives to fight wars with queens and kings, some fought against the evil practices of society like sati, dowry, etc. Bringing these stories to life is Vikram Sridhar, a performance storyteller from Bengaluru, who has been conducting sessions called Ranis of India in different cities in India to keep people informed about India's beautiful history and the role of women in it.

Vikram has been doing this for two years now and he has taken it to places like Ahmedabad, Baroda, Kolkata, Chennai and Bengaluru to spread his knowledge. A one-hour session, Vikram restricts it to the four different queens who ruled various places. "But it's not just about the queens who fought wars and ruled empires, it's about the trendsetters, contemporary queens and people who believed that peace can also keep the nation together. My research in this sector is an ongoing process. I have been visiting museums, reading books, watching documentaries, listening to folk songs, talking to historians and much more. I have visited places like the Indian Museum in Kolkata, Lukshmi Vilas Palace in Vadodara, Government Palace in Bengaluru, etc. For example, I took two to three years to research about Bangalore Nagarathnamma, who fought against the devadasi system in Karnataka. She went on to become a Carnatic singer and a cultural activist. But how many Kannadigas know about her? Similarly, Pooradam Thirunal Sethu Lakshmi Bayi, Regent Maharani of Travancore moved to and settled in Bengaluru. Gandhi, who met her in the garden city, describes her as the most simple women who was simple in her dressings and mannerisms," he narrates animatedly. 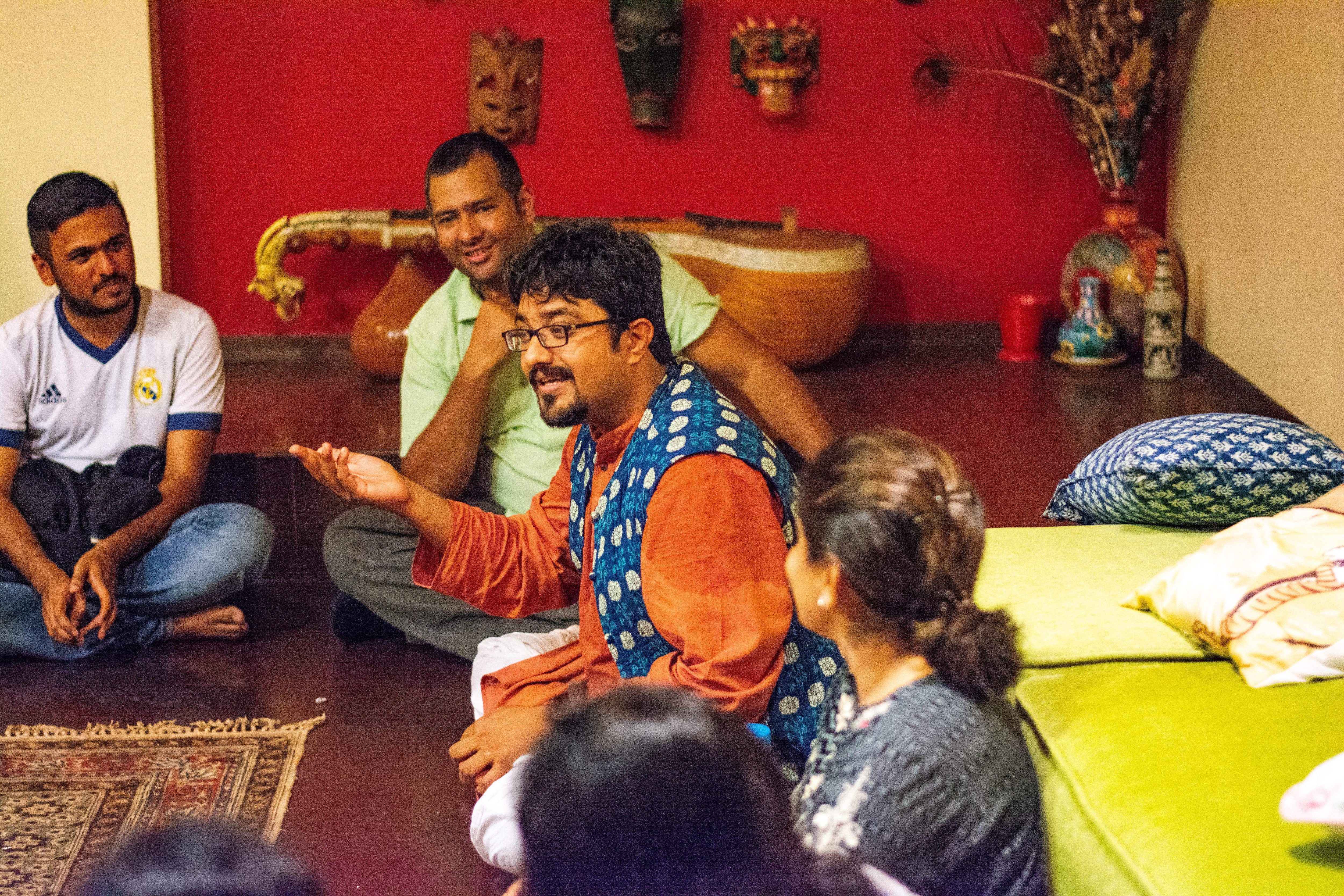 All about queens: Vikram's research about Ranis of India is an ongoing research and he has visited many places to study about them

Apart from this, Vikram also highlights the women in modern times, like Mamata Banerjee, Selvi Jayalalithaa, Mayawati and many others. Vikram, who is set on his journey to break the stereotypes about these women, says, "These contemporary women are a great example in the society. They have transformed from being no one to being someone. We must appreciate them and look at their side of the struggle in male-dominated politics. When I was in North India holding sessions, all they could imagine of Jayalalithaa was a fat and corrupt politician. But they did not know what good she did for her state and its people. While we can admire actors turned politicians like Rajnikanth, then why not this woman who was the highest taxpayer at one point in time? These sessions have been helping to burst myths among people."

Initially, Vikram used to conduct these sessions only for children, but now, they are open to people of all age groups because he believes that everyone ought to learn about our backyard history. He has conducted over 100 sessions till date and has received positive feedback from the audience. "I encourage people to give their feedback after the session. In case they don't agree with what I have portrayed, then they can discuss and express their point of view," says Vikram, who firmly believes in freedom of speech. Since he presents these facts in the form of a story, he does not use projectors or any form of media during the sessions. He says, "I don't want to use any form of visual media as I want people to form their own picture of queens. I sing a lot of folk songs and lullabies as these are considered feminine and people can connect to them. The rest is all a story albeit a real one."

Ranis who made significant changes in India

Begums of Bhopal ruled for a significant period of 107 years (1819-1926) in the 19th century. Qudsia Begum (1819-37) was the first woman in South Asia to successfully assert the rights of Muslim women to legally be the ruler of a state and that religion does not exclude one from gaining political powers

Sultan Jahan is the most prominent person among all the other begums (1901-26). She established many educational institutions, focusing on public instruction and female education. She is the founding and the only female chancellor of Aligarh Muslim University

Ahilyabai Holkar (1725-1795) was a great ruler and the queen of the Kingdom of Malwa. Ahilyabai held public audiences every day to help address the grievances of her people. She was the person who opposed women from practicing the sati system

Chennabhairadevi, popularly known as Queen of Gersoppa (1552-1606) administered in the Kanoor fort located in Sagar, Shimoga. The fort is also called Pepper Fort because she exported pepper to Portugal from this fort