TreeWear provides you with an array of naturally-manufactured products like hand sanitisers, deodorants, t-shirts and more. We speak to the founders to find out how it is done

In view of concerning climatic conditions in our country, some people have made it clear with their actions that they are on some kind of mission to save the environment. Brothers Mishal, Mikail Pardiwala aged 32 and 29 respectively are also taking small but effective steps towards creating a better world. TreeWear, their start-up based in Mumbai, founded in 2016, uses natural resources to manufacture body care products and apparel.

They began their endeavour with organic cotton apparel. Their goal was to 'plant a tree for every tee'. Mishal explains, "Garments is the first thing that we ventured into and then about two years ago we started moving into personal care products which would include hand sanitiser and deodorants. We also have a range of other products that we are currently developing."

They tried following veganism and have also tried implementing the principles of the same into their products. You would be surprised to know that their products are tested on human beings and never on animals. All their products are aligned or customised to suit the lifestyle of people staying in the metro cities. "We decided to do this because a lot of people in Mumbai and some other bigger metros do follow a vegan lifestyle. So we thought that if people are doing that, it’s a great way to move forward. A good reason to follow veganism is because it does good for the planet as a whole," says Mishal.
The products that TreeWear manufactures can be used by vegans without the slightest amount of doubt as all of them are made from plants and the residue that is obtained from the manufacturing process of the products can be used as fertilisers for plants and they do not harm the environment. The t-shirts that they produce use low-impact vegetable-based dyes that produce less damaging effluents than those used in chemical dyes. They’re packed in recycled post-consumer plastic bottles that can be reused as planters.

We are trying to stick to edible ingredients so we know if it’s safe to eat then we can definitely use it on the skin. The downsides include that the shelf life of the products that we produce is limited to one year. Which is not a bad thing I hope, as we encourage all our customers to use the products in a few months

Although their products are quite expensive, Mishal explains that it is because they are a hundred percent natural and are even safe for kids.

Their initial slogan, which is still active, 'Buy one get one tree' allows you to plant a tree for each t-shirt you buy from them. They also have a track my tree section on their official website where you can easily track the growth of your tree. "We started with this concept when we first launched TreeWear. We have still managed to hold on to this concept after we moved to personal care and we have done that by splitting the cost of one tree across different products. So we don’t claim buy one get one tree for the deodorants and the sanitisers but if you buy four of our products as a package it amounts to the planting of one tree. So basically all your purchases have a positive impact on the environment as well," says Mishal. 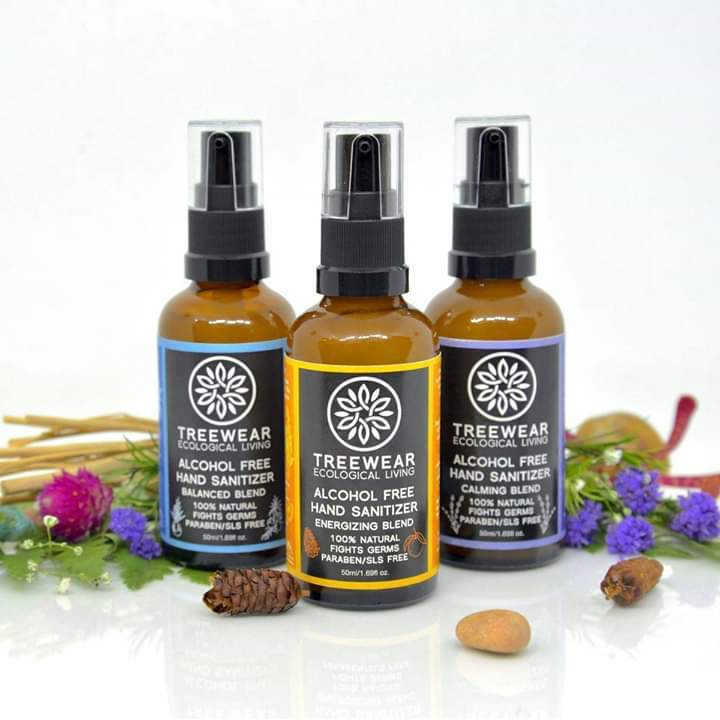 Being vegan: They tried following veganism and have also tried implementing the principles of the same into their products

These young entrepreneurs were inspired by what was happening in their surroundings. The urge to create better-living conditions and a healthy environment began as early as their school days. They did their schooling in different parts of the country and for their higher education, they travelled to Australia where they found out that they are keen on conserving nature. Though the two brothers went on to become an architect and an entrepreneur, they still couldn’t keep themselves from wanting to make their surrounding a better place to live in. "We wanted to use our skills towards a better environment because that’s what we genuinely care about. Based on that we began brainstorming," says Mishal, who is also an architect.

When asked about his transformation from an architect to an active greenie he says, "Architecture is not what I studied formally. I studied design but specialised in architecture under an expert and thus learnt a lot," he adds.

TreeWear, is working to build a network of customers online and has also stretched out in a few places like Delhi, Bangalore, and are supplying to an eco – friendly abode in Leh-Ladakh. They are also reaching out to people who work with a purpose that is aligned to theirs.