How do we manage management studies? Who better to consult than the Director of IIM Kozhikode, Debashis Chatterjee, who believes that we need to turn our heads towards the future. "The footfalls of human experience are showing patterns that can be gleaned towards creating better values. It's high time that we tune into this new culture of disruption," he says. With his experience across the top management institutes across the world, he shares a few insights on how we can tap into innovation and disrupt education as we know it. Excerpts:

In your experience within the field, could you tell us about how management has evolved as a discipline?

The fundamental shifts in management have been largely about unlocking potential that exist in resources. But more importantly, it is about unlocking the human resource and to reimagine and reconfigure the world. However, in the case of education, the story has been slightly different because education is not always in sync with what is happening in reality. However, with the help of AI, we are beginning to scratch at the surface of potential. It's high time that we tune into this new culture of disruption. The internet is like a continent today with over 2 billion people constantly in communication day in and day out. But we still seem to be rooted in culture. It doesn't mean that sovereignty is unimportant, I'm simply saying that there is another way that the human brain is morphing. Therefore, management education has to move towards that dimension.

Read More: Are we investing enough in education infrastructure and research?

Is our education system equipped to handle such futuristic changes?

No. That's precisely why the IITs and IIMs have to take the lead here. Through these institutions, we have to carry our generations towards the future. What we need to focus on is less cognition and more immersion. So how do you build aspiration in students rather than saying this is the formula of doing things? Each student in my IIM in Kozhikode were asked to write about where they are headed as a student and we gave them this vision and asked them to create it. Once you have that vision at such an age, it is much easier to find the resources necessary.

The aspiration that we have been able to create among women was very important. Today, our boards need women representatives and wonder why they cannot find anyone. How would they find them if they do not create enough space for women within the education sphere itself? We have to change the context of gender diversity in India

What is Indian thought and how do you globalise it?

Our system has delivered value for 1.3 billion people. Managing 1.3 billion people with such few resources is a humongous management challenge. The biggest gathering on earth happened at the Kumbh Mela. Nobody wonders why there was no epidemic, no massacre or infectious diseases spreading. This is obviously because it was managed phenomenally well on a local level. We have to take pride in our own ability to manage things. India is a nation of last minutes, even this is something we need to study: How people put so much together at the very last moment. Look at the typical Indian woman who runs a home with such extraordinary resource constraints. What goes into the make up of the mind of this individual can be used to innovate management studies as we know it. These are some of the things that we need to learn from ourselves. These are examples for the world. I think it is time in the IIMs to start discovering these pockets of excellence. That is explicitly our mission: globalising Indian thought.

You have been referred to as the architect of IIM Kozhikode and its excellence. Could you explain about the process behind this?

The fact that I am the architect is something that the media has been saying, I have never said that about myself. All I've done is to try and connect the dots in Kozhikode in a way that other IIMs have not done. For example, we are the first IIM to have gone digital with our education in 2001. We recognised that people don't need to come to IIM, IIM needs to go to them. There will be a time when the demand supply scenario will change. We began a digital culture that other institutions are beginning to catch up on now. This was built partly through the digital format and partly through FaceTime. We were able to reach a large number of students who are already working but still wanted an IIM education. We have been pioneers since 2001, I'm only carrying forward that legacy. I hope the world recognises that from our geographically cut-off landscape with no direct flight to New Delhi, we've been able to transform education. 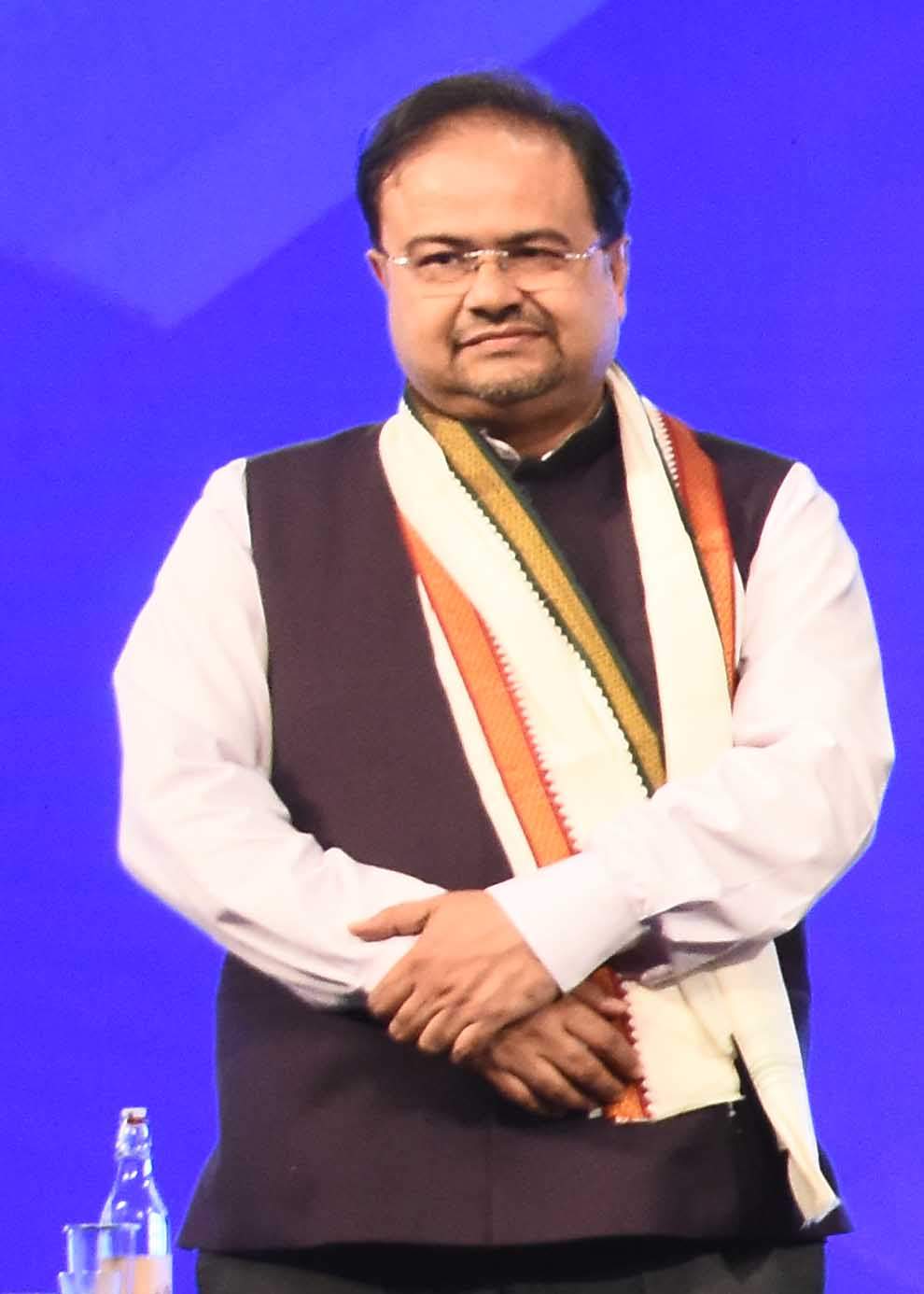 Managed it: This is Chatterjee's second term at the helm of the institute

How important is diversity to the learning process?

IIM Kozhikode made history when we got 54 per cent women in our ranks. When we look at data over the last 50 years, from the inception of the first IIM in 1964, the percentage of women was no more than 8-10 per cent. The national average of women in IIMs is 26 percent. With us, it has changed. We have 6 members on the board at IIM Kozhikode. Why is it necessary? The fundamental thing is this: The world of management is not simply about one way of doing things. Women constitute 50 per cent across all industries and the world at large. And if I don't represent that in my thinking and my classrooms, I am doing a disservice to India because this country cannot go where it wants to go as a modern civilised nation unless women participate in full measure. When a girl gets into an IIM from a village, she becomes a talking point forever. Her own son or daughter will be inspired and an important cycle begins there.

How else have you been able to change Kozhikode through your work there?

We have transformed the landscape around IIM Kozhikode. It used to be just two barren hills. We have even changed the flight patterns in Kozhikode because of the corporates that fly in to interact with our students. Because of our presence, top consultancies from around the country come to our campus. Today, Kozhikode which used to be known as the place where Vasco Da Gama came, is known for IIM. We have changed the context of the city. We've also brought bigwigs from the political class, including the entire cabinet of Kerala to our campus. We have even been able to influence policy.