Bureaucrats and politicians are obsessed with controlling our education system: Dinesh Singh

Dinesh Singh has invested a lot of hope in the Indian education system, although it has betrayed him countless times. He begins by reminding us of a great guru who met an 11-year-old boy who comes to his gurukul, "When this guru encounters the child, he asks him what his lineage was because they admitted only Brahmins. The child says that he had asked this question of his mother before he set forth. The mother who had worked as a maid in many homes and been taken advantage of by various men admitted that she didn't know who his father was. Hearing this, the guru immediately admits the child saying that the hallmark of a true Brahmin is the absolute adherence to truth. He emphasises that it is not a genetic right but achieved simply through action." Singh wants to know, how many of our institutions centre themselves around this noble pursuit of the truth? We speak to the Former Vice Chancellor of Delhi University about the state of education in a dishonest world. Excerpts:

As someone at a position where you can engineer the course of education, what have you struggled with the most?

In my capacity, I have tried very hard. I had so much struggle on my hands that eventually, I had to fight the government. That too, in a very disturbing manner. It was ugly and I was surprised that I had to go through this for simply trying to bring in some basic and badly-needed reforms that haven't been brought about in the past 50 years. There are too many vested interests in Indian education. The people in charge of it do not want too much to change. We keep talking about education policy all the time and I believe this has done more harm. Nalanda and Takshashila were not created through some such policy. A few essential ingredients were to give them space, freedom and some good people. We refuse to do any of this today. There is too much political and bureaucratic influence. Then they say that they'll bring change about through some policy as though those who create these policies are the last word on wisdom.

Does this persecution of good ideas change with the political climate?

It does. I was threatened with arrest for attempting to change things in the education system. Can you beat that? But I'm an optimist and there are always enough good people around. And they always come to sympathise, work with you or support you. This is India, I believe that it will always continue to grow well.

We have so much lacking in our university system. The greatest flaw is that there's too much control that the politicians and bureaucrats want between them. They are obsessed with control. Look at what the government did recently by giving a tag called 'Institution of Eminence' and handing it right and left to institutions that apparently haven't even bought their land yet

Do you see a future where we can transfer this control to the thinkers and the intellectuals?

I want control to be transferred, not so much to the thinkers as to institutions which can nature, harbour and attract new people. We must learn to nurture, recognise and strengthen our institutional processes. That is not happening at all in India. But I'm still an optimist. Every time I have delved into any kind of system under the surface, I find this energy and raw talent waiting to be unleashed. And every time I have given someone an opportunity, I have found astounding results. When I was VC, I initiated a project where I allowed undergraduates to be exposed to elements of research, innovation and entrepreneurship. All I had to do was to offer a little bit of a platform with no great funding or infrastructure. All they had was a little recognition, stimulus and a great deal of freedom. These students became so creative. Whenever we think of innovation, we think about science and technology but there's innovation happening all around.

You spoke about how we have already mastered an infrastructure for research in our past. Could you elaborate?

There is a huge amount of buzz in our country about how great we were in the past. But it remains so superficial and counterproductive because sometimes they say things that are completely incorrect, and that is very disturbing. On the other hand, there is much we could learn from the past. And I find that this real discourse of learning from the past does not happen. I'm not someone who likes to dwell in the past or anything but let me give you some clear examples: I'm a mathematician and I know for a fact that when you are talking about any mathematical principles, you need to illustrate with a handful of examples in order to really get a good grip on it. And I believe it's true in other areas also. So here's how I would explain this to anyone: The Upanishads are historical recordings of the teachings of the gurus of our past. There's much insight you can gain about what education should be about from these. Whenever I have looked at things in the past, some common things shout back at me. One is this system of project-based, hands-on learning and two, transdisciplinarity. What was this magic that existed in the past? No one seems to go into what were the real instruments of our societal structure that enables such knowledge to come up. And it's all very practical knowledge. Was there some well-ordained policy that created our educational structure? We must find out because it is these things that will gain us the perspective to move forward with this. 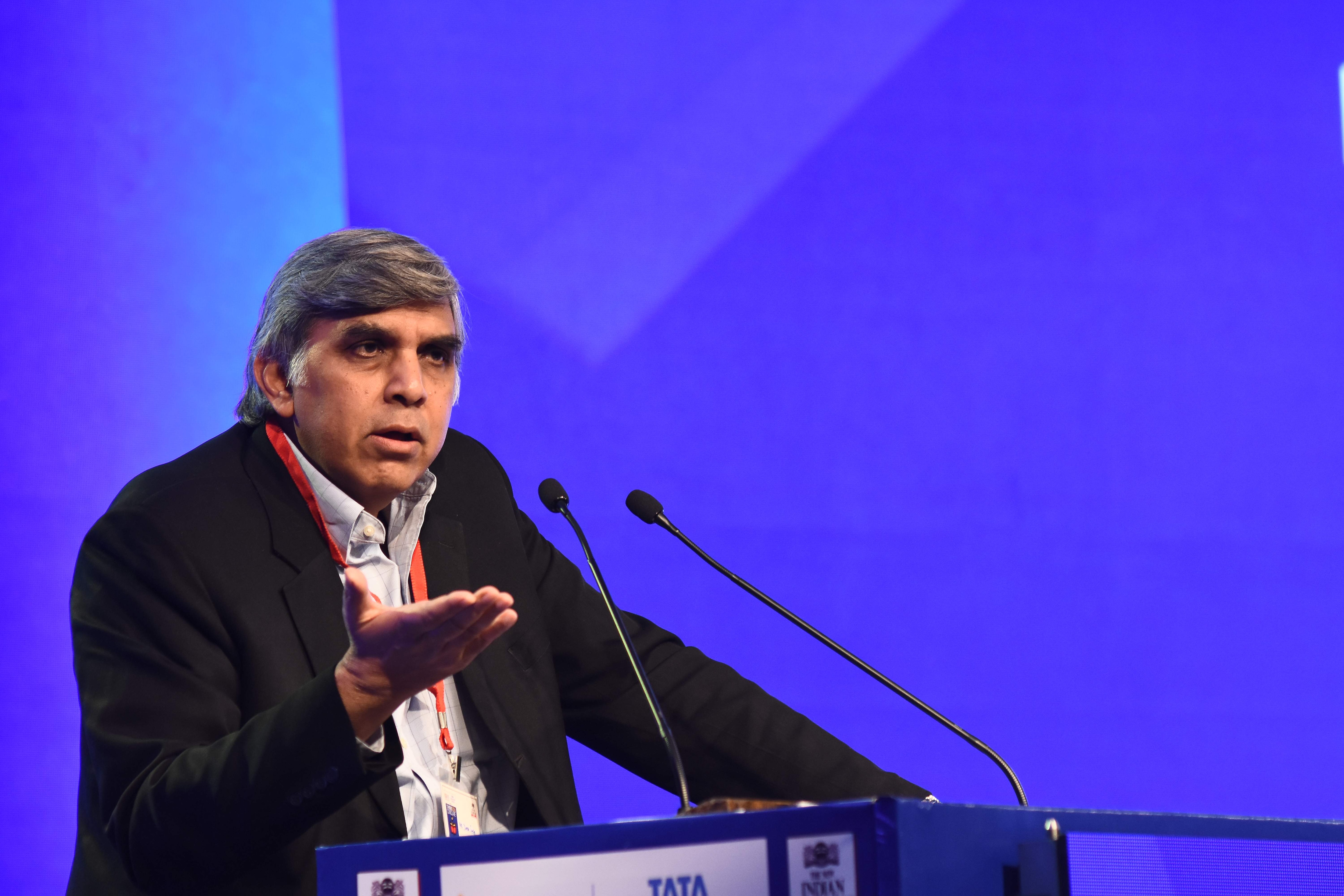 You introduced the idea of innovation as a credit. How can this concept change the way we learn?

It's not rocket science. It is simply about being a little innovative in how you give students freedom. We designed a programme of learning called the Bachelor of Tech in Humanities Design. When the government found out, they went after me hammer and tongs and they made me change the nomenclature. I'm worried about the way we are obsessed with nomenclature on degrees in India. No one bothers to understand what it means. In today's world, it is impossible to tell what is Humanities, Literature or Science. It is all blended and merging. And it has been that way even in the past. These are artificial distinctions that we have made in any case. What is education all about? It's about finding the voice of your soul, the drumbeat within. When you discover that, you start getting educated. And if you think this process will only be completed through a degree, you are wrong. A degree is fine but if you don't have one, it doesn't matter. Gandhi, Faraday and Tendulkar found their drumbeats and they marched through this world in harmony with their drumbeats. That's what education is all about. Our system of knowledge categorically states that knowledge without access is meaningless. So don't confine it to the blackboards or the classrooms. Let them connect with the needs and challenges of the world and society.