Bakula has always been interested in history and loved collecting old letters, receipts and anything that spoke of a different time

Postcards and letters were like social media posts of our previous generation. But no one ever thought of preserving them unless it belonged to someone famous. But Bakula Nayak not only preserves them but turns these pieces of paper into artwork — opening up a whole new world for us. She sketches and paints on the withered pieces of paper and brings them back to life.

Bakula has always been interested in history and loved collecting old letters, receipts and anything that spoke of a different time. "When one is alive they have so many prized possessions among their belongings, but once they pass away these things become trash. This made me sad," says Bakula. "I have been collecting letters, bills, notes, receipts and things others won't even look at twice, for a long time now. But I thought of drawing on them or turning them into a piece of art after my father died about four years ago," she adds. 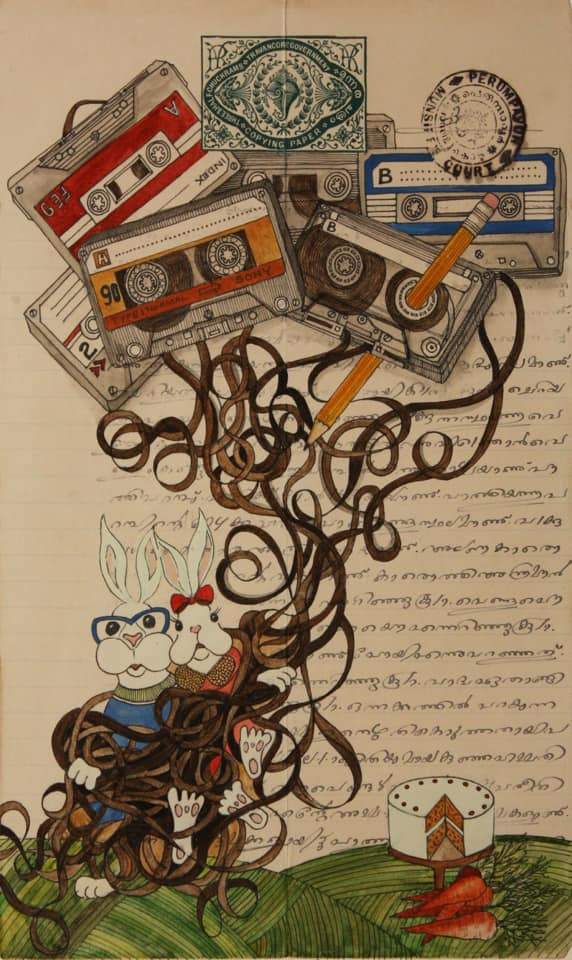 Letters painted with love: Bakula Nayak not only preserves old letters but turns these pieces of paper into artwork (Pic: Bakula Nayak)

Bakula found a bunch of love letters her parents had exchanged when they had to live apart. "It was so weird. Because they were the most loveless couple I had ever seen," she says. "I started drawing in my grief after my father passed away," Bakula had lost her mother when she was young. Her first artwork was on a letter which his father had written from Vikram Sarabhai Space Centre, Thiruvananthapuram (Thumba), Kerala complaining about the food. "I don't know how I ended up drawing a bird in an astronaut's suit carrying a flag and landing into a bowl of custard. That was my first artwork on a letter," she says.

Bakula got hold of a bill for bread from 1933 and she was excited beyond limits to hold an actual slice of history in her hands. "But I realised that not everyone will be able to visualise what I can imagine in these pieces of history. So I started drawing. To give my imagination a form that can be seen. They can even see themselves in it," she adds.

Being a history junkie herself anything from the past excites her. "When there is a rare book or a limited edition item people are ready to buy it or pay a lump sum for it. But you won't do the same for a bill of ice-cream from the 1940s. I feel when my art gives these pieces of history, which are equally important, wider acceptance," says Bakula. 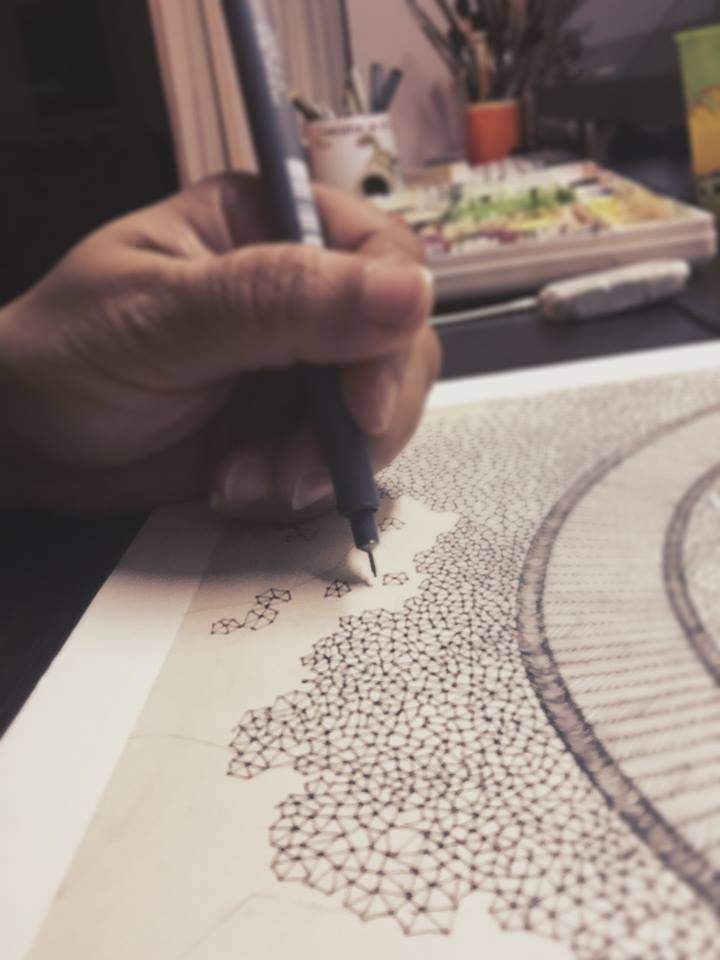 Love for the old: Being a history junkie herself anything from the past excites her, says Bakula

There are people who send her their loved ones' documents so that she can paint on them or transform them into something beautiful. "I got hold of tax papers for a house from 1947. The whole thing was in Urdu. If it would have been my home town I would have gone in search for the place for sure," she laughs.

Bakula, a mother of three invests her day in painting and taking care of her kids. "I have tried experimenting with the medium but white paper of canvas never excited me. It's the words and the paper that gets me going. I use watercolour and even gouache at times. I make my own glue and sometimes I send the papers for restoration as well. Especially, if they are acidic," she explains.