This author has combined history, fantasy, treasure hunting and science into one 'wondrous' book!

Apurva Bhuta has recently released his maiden fantasy novel titled, 'The Patriots’ Legacy: Forbidden Treasure,' and you won't believe how it all started out!

We have all, at some point or the other, listened to bedtime stories that were narrated by fellow family members. Whether it’s a father trying to get his little kid to sleep or a grandmother singing lullabies to her precious ones, there’s no denying that bedtime tales are quite magical and memorable. But how many people actually tell stories of such high caliber that they are encouraged by their audiences to pen them down in the form of a book? This is exactly what happened with Mumbai-based entrepreneur Apurva Bhuta, who recently released his debut novel, The Patriots’ Legacy: Forbidden Treasure.

Apurva is a gifted storyteller and several years ago, he used to put his tiny tots to sleep by narrating adventurous stories consisting of an elaborate array of characters, themes, plots and settings. These bedtime fables were so popular with his family that his kids would pester him every night to continue the story, while his wife, who couldn’t help but listen in, advised him to consider writing a book featuring similar stories. “It began as a simple interaction between a father and his children, something that happens in every household. I felt it was my duty to entertain them and ensure that they slept well,” says Apurva. Encouraged by his wife Vidya, he penned a manuscript, a process that took nearly three years to complete, and approached a publisher. “The storyline was very interesting, and one by one, the other things fell into place. I soon received an offer from the publishing house,” he says. He also runs a business in plastics and real estate, and says that the best part about being an entrepreneur is that he has the flexibility to decide when to write his book.

What sets Apurva’s fantasy novel apart from others of the same genre is that he has taken special efforts to ensure that his readers feel the physical presence of the places described in the book. “As a reader, you will feel that you are present at that particular location. As the title of the book suggests, the central theme is that of a treasure hunt. I have written the book in such a way that the reader will feel that the possibility of finding actual treasures in the places listed in my book is overwhelmingly high,” says Apurva. 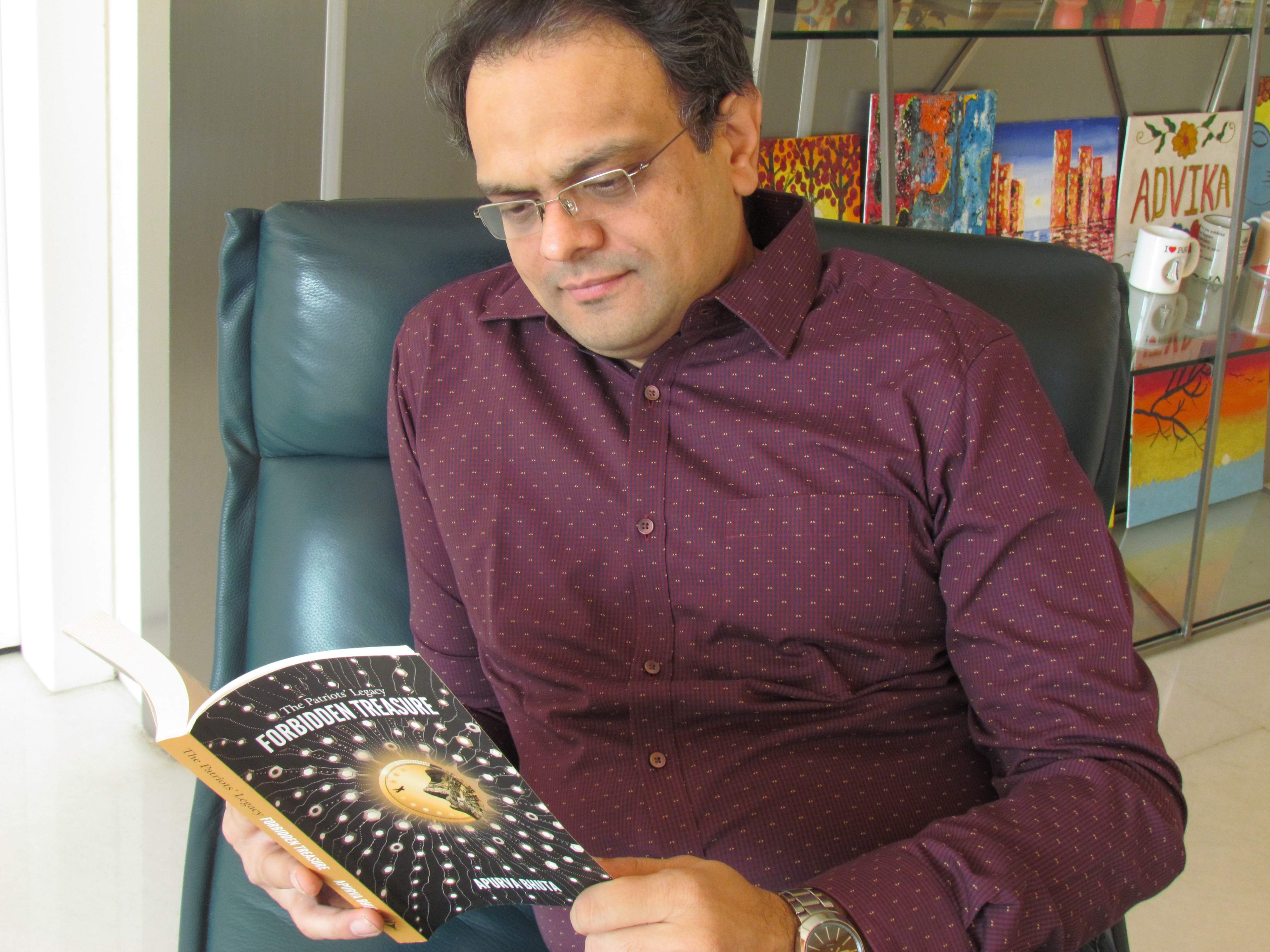 The written wonders: Apurva spent months researching about the Seven Wonders, and another three years to write this fabulous book

The treasure hunt is spread across the various wonders of the contemporary world. The book comprises of eight chapters, essentially an introduction followed by seven intriguing chapters dedicated to the seven new wonders of the world. Each of these iconic locations present clues and hints that the seven characters in the book must discover, decode and decipher in order to gather the treasure hidden there. It’s like Apurva’s own version of Around the World in 80 Days. “I carried out extensive research on each of the seven wonders in order to attach a good degree of legitimacy and authenticity to my story. I also read articles and publications that talk about these sites. After visiting some of these monuments, I was in a position to write the book such that the readers become convinced that a priceless treasure could be hidden deep within these wonders,” says Apurva.

According to him, mankind has always been interested in treasures, right from the very beginning. “I wanted to highlight this tendency of the human mind to be naturally drawn to treasures and adventures. My book offers a new kind of thrill that youngsters and college students would love to read,” he says. Apurva’s book also features a unique set of skills, strengths and weaknesses for each of the seven characters, so that readers can associate themselves with at least one of the adventurers. “You come across different kinds of people all the time, each with their own attributes. But when they have to solve something, they tend to come together and nurture their friendship, trust and other values. I wish to raise awareness about the importance of such salient virtues with my audience,” says Apurva.

To make the plot even more exemplary, the author has drawn his fictional figures from different parts of the world, including India, Brazil and Italy. It took him a significant amount of time to seamlessly integrate all of these wonders and characters together, with the right amount of fantasy and a generous serving of historical authenticity. In the end, the book was well worth the effort, for it certainly stands out as not only a well-written piece of literature, but also as a book that carries within its pages, the importance of being curious, innovative, creative and co-operative. Apurva, who is contemplating writing a sequel in the near future, has set his bar rather high with the success he has enjoyed through the reception of his maiden publication.