Dravid's Hockey Coach Shivaprakash had noticed the leadership qualities in him when he was 12 years old. As a boy, he played hockey for almost five years but what made him realise overnight

Did you know that Rahul 'The Wall' Dravid's first love was hockey? Popularly known as Indian cricket's Mr Dependable, Rahul played hockey with the same ease and calmness. Recently, when we tried to trace his school cricket coach, we accidentally came across  Shivaprakash Honeshettar, who was his hockey coach at the St Joseph's Boys High School. He has been the school's hockey coach since 1984 and have trained many hockey champions like Sandeep Somesh, Anil Aldrin and others.

Recalling his memories about Dravid and his good old days in the school hockey team, he says, "It was during the 1980's that Rahul Dravid played for the Under-12 hockey team. I had given him the centre half position because I thought that he could lead the team from the front and he played this game with his brains. If your brain functions well then everything else will also work well. He continued to play for the Under-14 and Under-16 hockey teams, as well. Rahul was good at passing the ball and controlling the flow of the game " 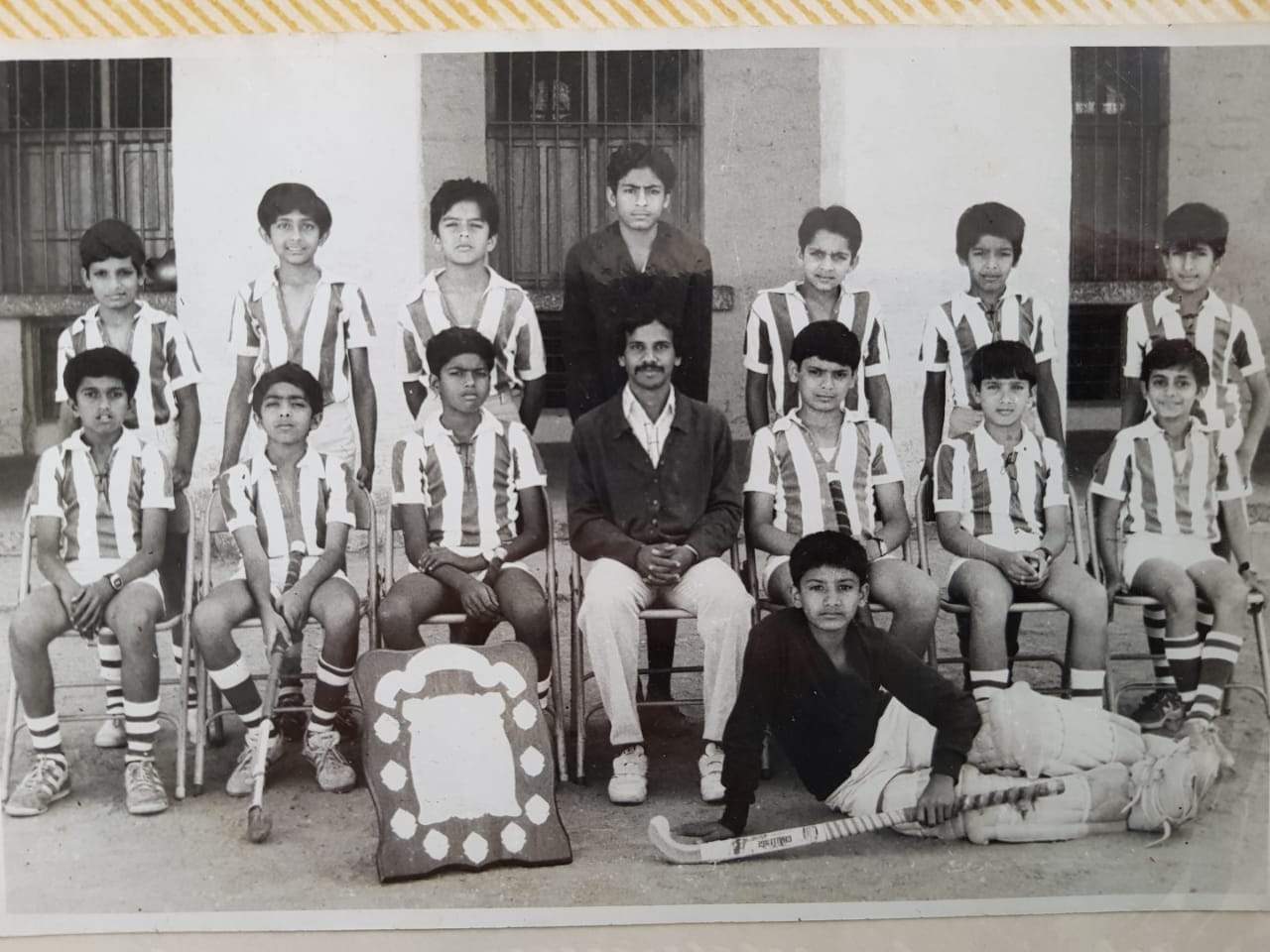 Golden days: The hockey team of St Joseph's Boys High School in 1980's when they won a shield in one of the matches

However, the coach then did something that changed Rahul's mind and steered him towards cricket. He reveals, "Sports is all about choosing the best players and at one point of time, I felt Sandeep Somesh, who later played for the Indian Hockey Team, was suitable for the centre half position in the school team. Hence, I shifted Rahul to a right half position." Relieved of that once commanding role Rahul's attention moved towards the cricket pitch.

Now I feel proud that my decision of putting Rahul in the right half position in the hockey team made him excel in cricket. He went on to be part of the Indian cricket team and that too a captain who was from 'Namma Bengaluru'

All through school, Rahul played simultaneously for the Hockey and Cricket teams. As soon as the hockey match would get over, he would start preparing for the cricket matches. "The days between 1985 and 1995 were the golden days for St Joseph's Boys school. We have won the Centenary Shield in hockey matches continuously for ten years. During those days, St Germain High School was the opponent for the hockey team and Bishop Cotton Boys' School was the opponent for our cricket team," Shivaprakash says.