When people are bored with their fast-paced urban lifestyle they tend to take some time off with a trip to some exotic location and put up updates on their social media account. But Ashita and Anish Nath chose Pashchim Gaon in Unnao, 35 km from Lukhnow Railway Station. They didn’t take a vacation though; they opted out of the urban life. Anish, an ad-man, and Ashita, an educationist, were fed up with their nine-to-five jobs and wanted to do something more meaningful. They now run an English-medium primary school for girls which teaches agriculture as a subject from the first grade.

Ashita worked with an NGO, Catalyst India, and then taught at St Mary’s School in Delhi while her husband, Anish, worked at advertising agencies for over seven years. They moved to Lucknow with a plan to pursue farming. “My husband started the farm in 2013 and worked closely with the farmers, providing them better seeds, connecting them with agriculture experts and providing assistance on every step,” said Ashita, a Zoology grad herself. The farmers were only growing one crop a year when the couple moved to this small village in Unnao. The villagers were also cutting down trees or selling off pieces of land for some easy money. The younger men were migrating to urban areas and no one was really interested or invested in agriculture. Harvesting some good stuff: The Good Harvest School is the first green school in India where agricultural education is an integral part

Ashita taught for a bit at St Ann’s Convent after they shifted to Lucknow. As she started spending more time with the families of Paschim Gaon, she realised that the support they thought they were providing was not enough and the situation needed a solution at a deeper level. They pinpointed the problem to education, which was almost non-existent in the area. The village had a primary school but the quality of education that they still provide is, according to Ashita, not up to the mark.

The couple started raising funds through web portal Milaap, and still continue to do so but they hope to move to a self-sufficient model in a few years. “We are trying hard so that our farm’s produce can fund the school,” said Ashita. In 2016, the couple kicked off classes at The Good Harvest School, the English-medium primary school for girls, with just six kids and now have 45 kids under their wing. “We have a very different way of teaching. We want to go out of the common bounds of education,” added Ashita. “We conduct classes under trees or in the cowshed. The children also learn agriculture along with English, Mathematics, Science, General Knowledge and the subject any other student at any school across India are learning.” 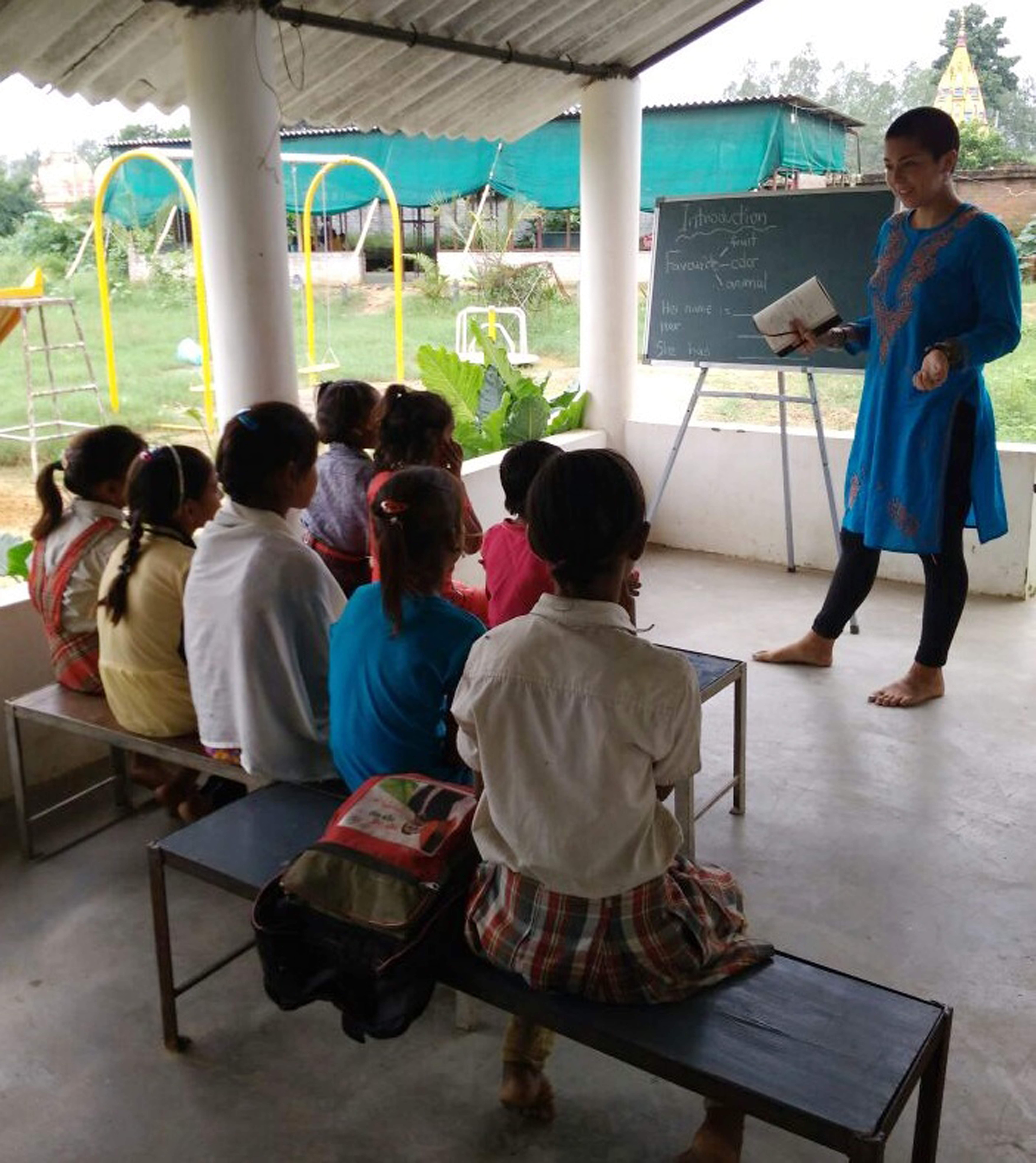 Teaching for a cause: The English-medium primary school for girls, with just six kids and now have 45 kids under their wing

The couple has set the ball rolling for the first green school in India where agricultural education is an integral part. “We are the first to introduce agriculture as the main subject in a primary education setting. The curriculum is designed keeping in mind the different learning levels of each child within the same group,” said Anish. “Our students get hands-on experience at the field; they observe, sow and look after the plants and crops. They learn various techniques of farming with a great emphasis on natural farming and understand that growing ones’ own food is fun and rewarding. They get to visit other farms and see for themselves some of the different and better ways of doing the same old thing. We practice Permaculture – care for people, care for the environment, return the surplus.”

Animal husbandry is another unit where the students learn on a daily basis how to take care of animals, their nutrition, diseases and its remedies. Visits to different places and interaction with volunteers from around the world are some of the regular activities. 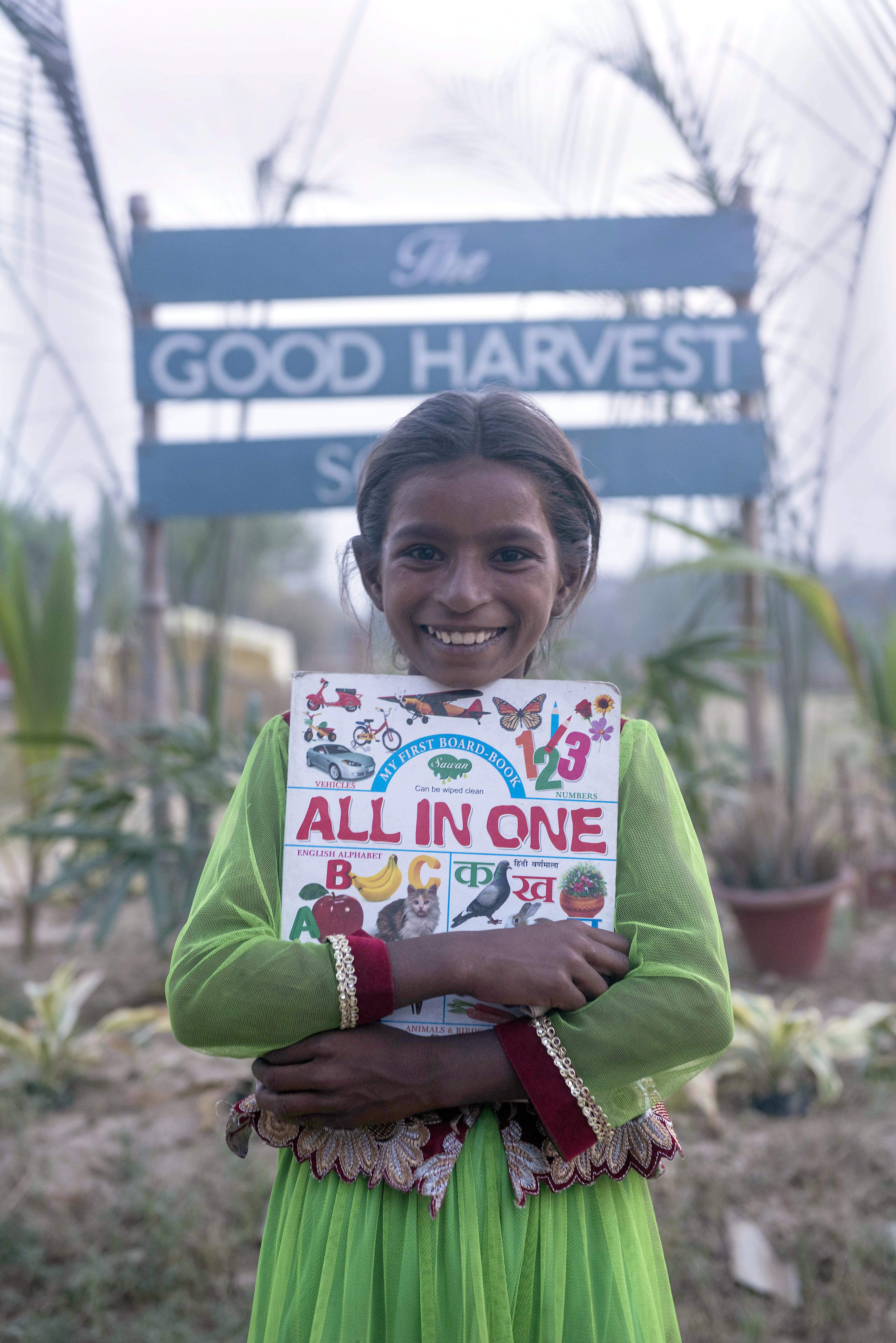 Even though they have many well-wishers, including the pradhan, Seema Tiwari, the girls have to convince their parents to come to school. But Ashita is happy that the girls have the urge to learn and like the way the school conducts classes. They are eager to come to attend the classes contrary to the general scene all around the world of children crying over going to school.

A regular day at The Good Harvest is more fun than half of the world can imagine even on a good day. “My husband picks up the students from their villages and drops them at school in our car, which takes three rounds. So the first ones to arrive enjoy feeding the animals, observe the growth of plants they had sown, water them if required, help in setting up the classrooms and spend some time at the slide and swings,” said Ashita. “When everyone has arrived around 9 am, we begin with an informal assembly. We sing and learn songs, rhymes, do yoga or dance and take a recap of the concepts learned and discuss on any pressing issues at school, in the community or country at large.”

The girls then move to their respective groups and study English, Mathematics, Hindi, Computer Science, Agriculture as per their timetable. There are three one-hour classes, two before recess and one after recess and 45 minutes, in the end, is dedicated to co-curricular activities. “Depending on the weather and power supply we run the classes under a tree or by the river which provides ample of opportunities to apply the concepts learned. The girls are dropped back home after 2 pm," she explained. 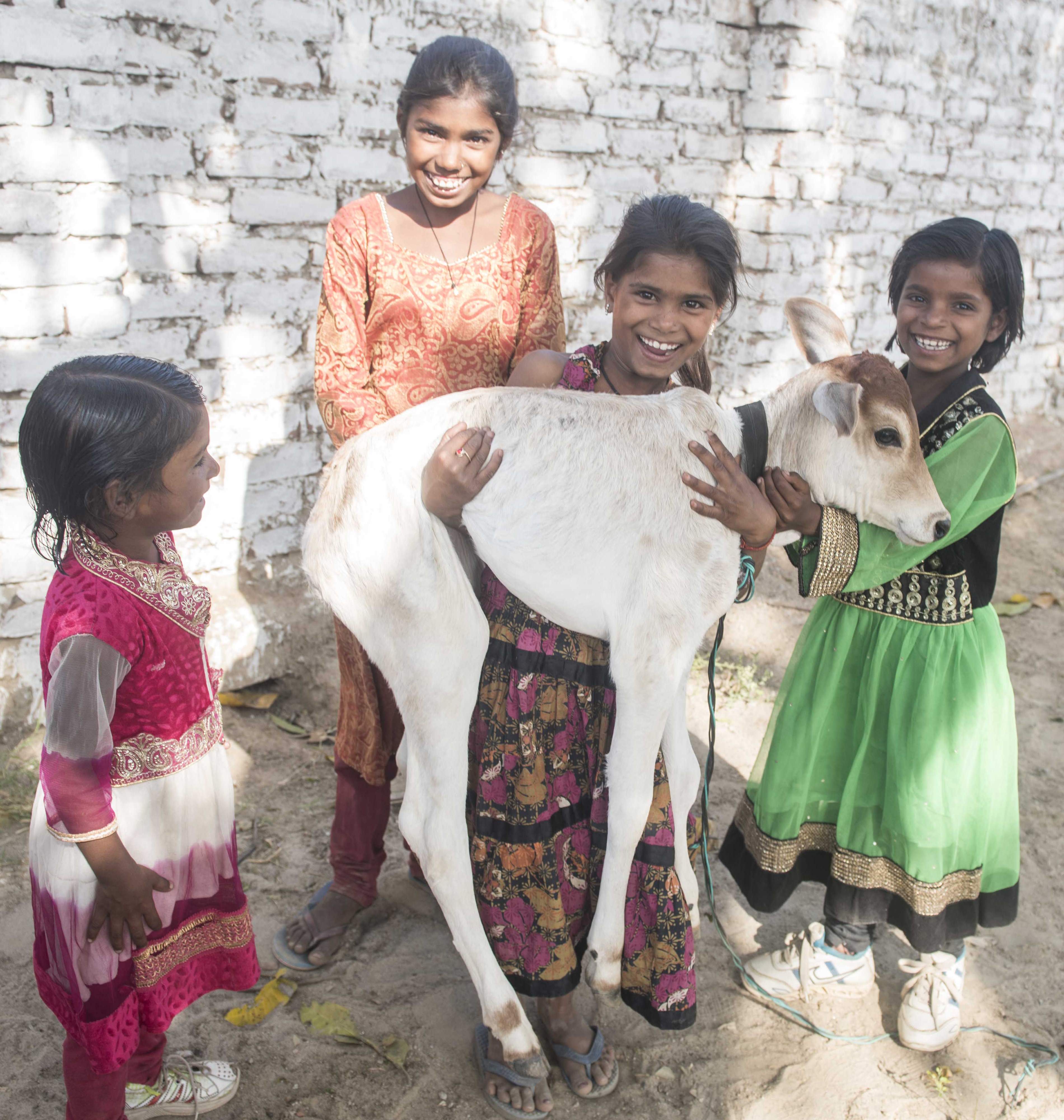 Learning is fun: Animal husbandry is another unit where the students learn on a daily basis how to take care of animals

From being non-school goers to becoming regular to school, the students have come a long way. “It’s a delight to see some of them being able to read fluently in Hindi and their keenness to converse in English,” said Anish proudly. "More than loans or start-up grants the villages in India need a better education system. And we believe that education can break the cycle of poverty and give hope for the future. Often kids in cities don’t know where their food comes from. And we want to bring agriculture into our education. We believe children should know how to grow some basic food."