Starting on Teacher's Day, this Hyderabadi is skating 6,000 km across India, for the girl child

For Rana Uppalapati, skating is second nature. But what he is really passionate about is giving back to the society. Find out about the next 6,000 km-long journey he will undertake on Teacher's Day

There is passion and then there is ability. Skating long distances is Rana Uppalapati’s ability. Taking up various social causes is his passion. And when ability and passion merge, which is often the case with Uppalapati, is when he undertakes a journey. This time though, he is challenging himself a little more than he has in the past. Having skated from Mumbai to Goa and Visakhapatnam to Chennai before, he will now be skating the Golden Quadrilateral, a route envisioned and launched by the former Prime Minister Atal Bihari Vajpayee who passed away recently. This route links Chennai, Kolkata, Delhi and Mumbai, and the funds raised through this will be for the education of the girl child. “I visited several schools to understand the ground realities and only then was I convinced that this is a cause that I can get behind,” says the 37-year-old. And what better day to do it than on Teachers’ Day? But wait, there’s more.

Uppalapati did his UG and PG from Melbourne and USA respectively. He has even worked with Cognizant in Chennai for a year and a half

Off the record
Uppalapati, who is from Visakhapatnam, ‘hung up his skates’ for more than a year when he realised that though he can use his ability towards his passion for various causes, he is unable to scale or sustain the impact he creates. That’s when he thought of getting help on board and he managed it with the likes of Titan (Yes, the watchmaker helmed by TATA Group) and the not-for-profit CII’s Young Indians. Uppalapati works as a Business Associate for Titan, which coincidentally is also passionate about the cause of girl child education.

In this regard, the company works with two initiatives, Nanhi Kali and IIMPACT. So along with raising funds for them, the team at CII’s Young Indians will be conducting 6,000 sessions in the span of 90 days on child safety, a few of which he will be attending too. This was important for Uppalapati because he himself has had a brush with child abuse. We almost hold ourselves back from telling him that this is all too much to take in. As if detecting our hesitance, he says, “Sorry, I wish I could tell you it was for a simple Guinness world record, but this means so much more to me.” Instantly, we understand. 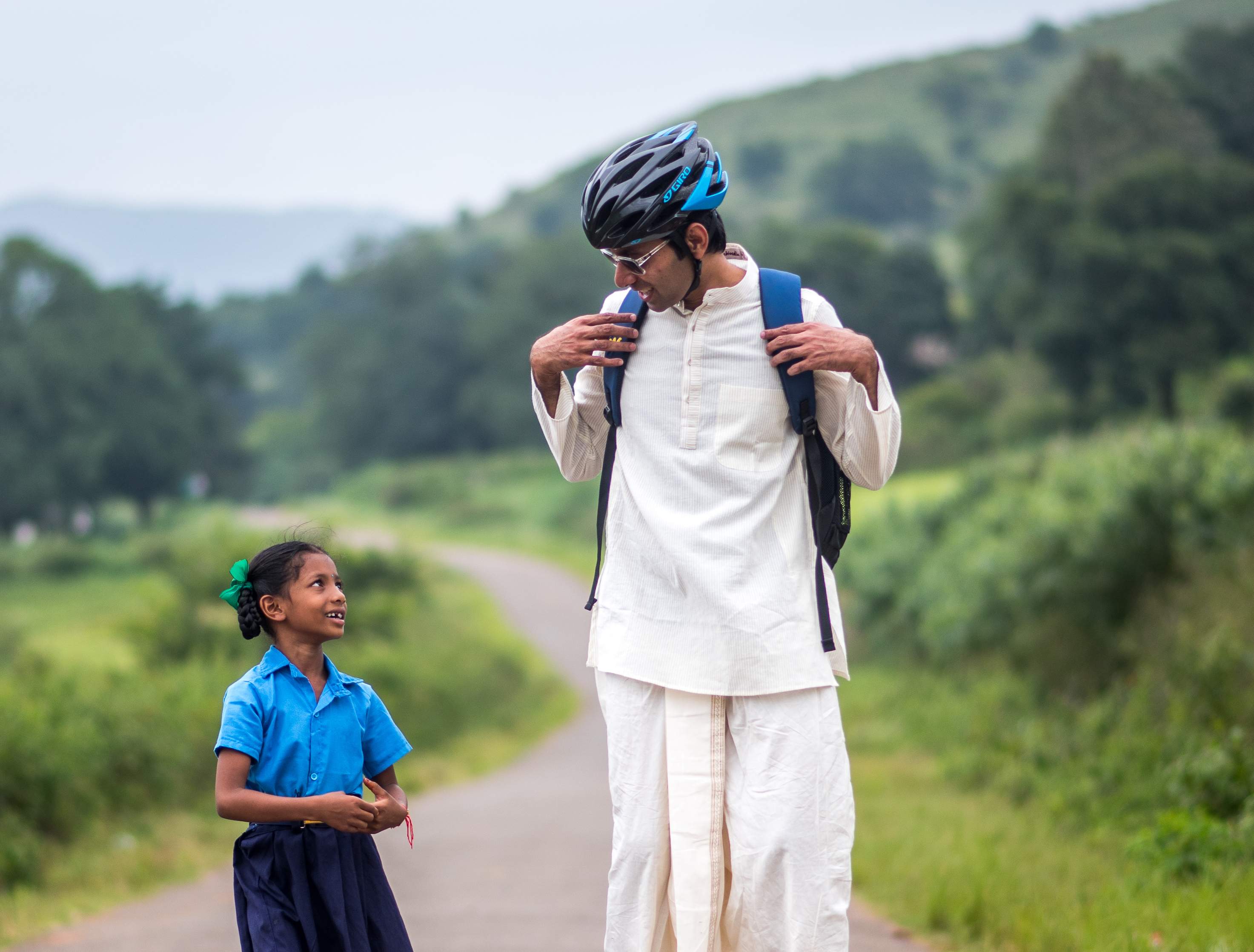 In between, I did not want to skate unless there was a purpose to it because otherwise, it felt incomplete

Planned improv
A self-confessed ‘I think on my feet’ kind of person, Uppalapati has always crossed the bridge when he came to it. So naturally, Uppalapati’s prep is centred more around planning the trip itself than skating. This is because it has always been that way in the past. Like when he was skating from Mumbai to Goa, the roads were in deplorable condition, which took him by surprise. He had to, inch by inch, skate uphill for 12 km and then downhill.

He will exercise restraint and skate at the rate of 15 km per hour, keeping in mind his long-term goal. He aims to skate 75-90 kms every day for up to five or six hours

So will he be winging this one too? He laughs and says, “Even my spontaneity requires planning. I am constantly planning, but apply it spontaneously.” He informs us about how once, he had a chopper tailing him near Nellore, to draw attention to the cause. But of course, the endurance aspect is going to be challenging, after all, he will be skating 6,000 km. He tells us that not only is he following a diet drawn up by a nutritionist, he is also spending a considerable amount of time in the gym every day. Two people will be accompanying him in a vehicle, right from Hosur, where he will be beginning the journey on September 5. He will be taking a five-minute break every half an hour until he gets acclimatised, after which, he will take a break every hour. The focus is going to be on hydration and eating and sleeping just enough.

For Uppalapati, who learnt to skate when he was 8 years old, skating today is, “a means to draw attention to something else,” he says. That something which could do with all our attention — education of the girl child.

2006
The year in which Uppalapati came back to his hometown, Visakhapatnam