From being a business journalist to an investment banking analyst to the founder and teacher of a school in Mandla district near Jabalpur in Madhya Pradesh, this 33-year-old alumnus of Indian School of Business, Hyderabad has had quite a journey. Meet Priya Nadkarni, co-founder and a teacher at Riverside Natural School. Two years ago, Priya and her friend Digvijay Singh thought of making a difference to at least a few children's lives in these tribal communities and started this initiative. But now they have been able to make a difference to more than 150 lives, not only in Mandla but also in surrounding districts like Balaghat and Dindori.

However, working with tribal children was never her dream. Innately interested in writing about the Indian economy, finance, IT and the stock market, she worked as a business journalist for more than a year. She says, "Honestly, I never thought that I would end up becoming a teacher. After my BA from St Xavier's College, Mumbai in 2006, I went on to study at the Asian College of Journalism. However, with an interest to specialise in finance and marketing, I pursued an MBA at the Indian School of Business, Hyderabad in 2010."

Priya Nadkarni has worked for six years and five months in different sectors before becoming a teacher. She has worked as a business journalist, an investment banking analyst and two years as a Youth Program Developer with an NGO

In 2010, she began working as an Investment Banking Analyst for Unitus Capital in Bengaluru. Unitus is a boutique investment bank specialising in arranging capital for companies which are at the bottom of the economic pyramid in sectors including renewable energy, healthcare, education and affordable housing. "Whenever we had a new client, I used to visit the field and check their actual requirements to raise the capital. I used to interact with public bankers to raise debt funding for our clients," she adds.

It was during her these field visits that she felt there are many social issues in India which are epidemic and unaddressed. "I thought I must start working at the grass-root level to address these issues but did not know where and how to start. However, in 2012, I decided to quit banking and joined PRADAN (Professional Assistance for Development Action). The organisation was started in 1983 and works in coordination with the government to introduce various programmes to train women and youth in India. For a period of two years, I worked as a Youth Programme Developer under which we used to design programmes for the employability of tribal youth in Mandla. Initially, I joined thinking that I would work for a period of four months but when I realised that our programme was getting youth involved, I continued to work for them," she adds happily. 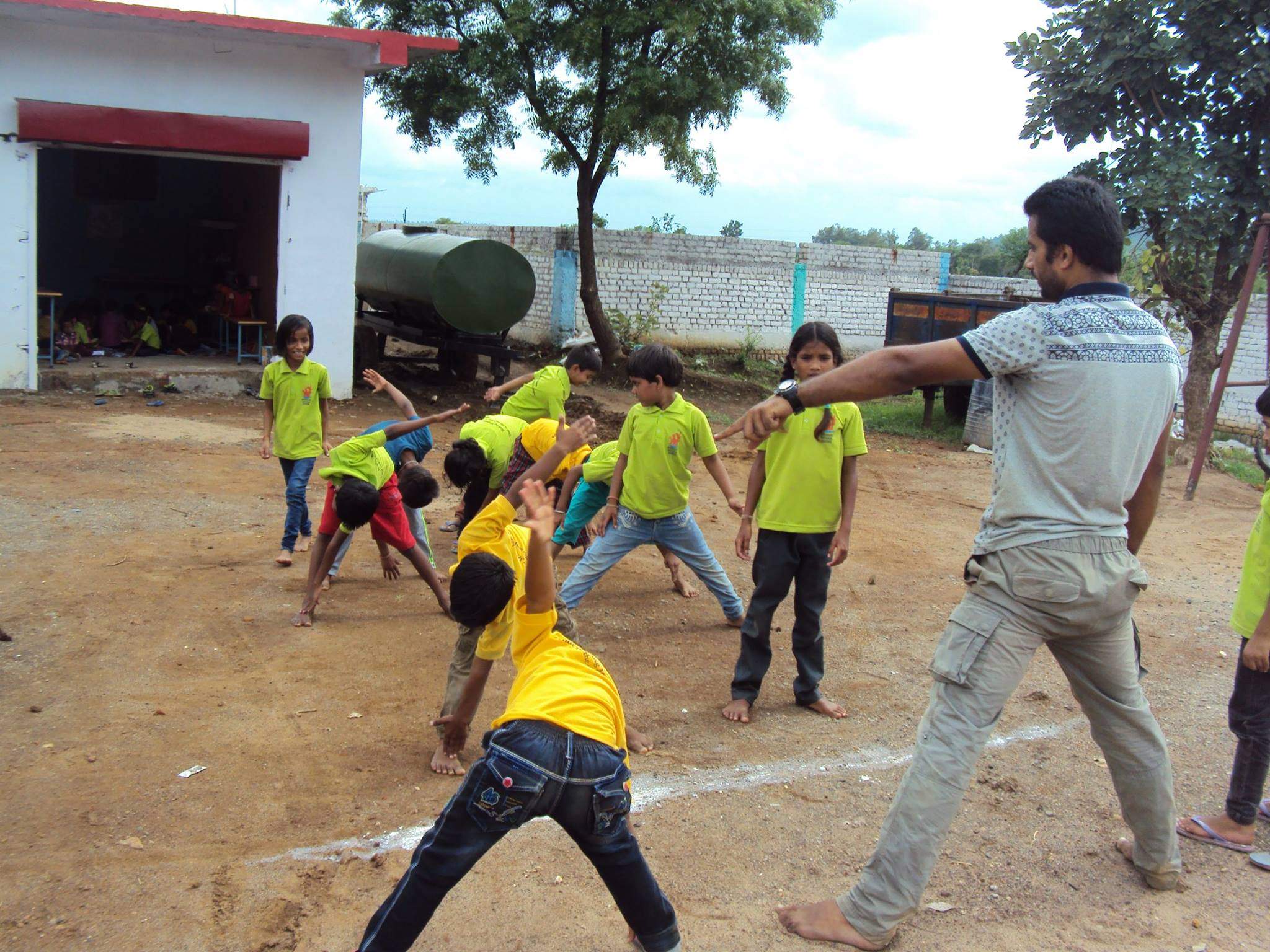 It wasn't easy to help people who weren't used to conventional employment, "We provided them with job placements but as it turned out, they used to quit their job in 3-4 months and return to their villages. I felt that this place required education which would fundamentally transform their thought processes rather than a band-aid kind of intervention like employability or vocational training," she explains of her work with the NGO.

That's where she met Digvijay, though. Digvijay Singh held an MBA in Rural Development from Xavier's Institute of Management, Bhubaneswar and had been working with women self-help groups in PRADAN. "In 2014, I quit PRADAN to work on my project of bringing education to these tribal children. Hence, in 2016, Digvijay and I started our own not-for-profit organisation called Mrida Education and Welfare Society under which we run the Riverside Natural School. We work with children from the formative years right up to adulthood and till the time these children adopt a sustainable livelihood, thus lifting a generation from the throes of extreme poverty and deprivation," she explains.

Out of 154 children in school, 82 children pay subsidised fees which is 50 percent of their total education fee. 32 children do not pay for their education and only pay for transport

Initially, the school had 90 children, now it has 154. Unlike other schools, this one has a concept called scratch programming which is developed by the MIT media lab. In this programme, there are various commands and tools that help the child come up with his or her own desired output in problem-solving, drawing and logical reasoning.

Apart from this, they also have a lab to train children in robotics, computer and making wooden furniture along with other academics. Talking about the introduction of subjects like robotics, computer and wooden furniture in their school lab, she says, "The lab is designed for children, school dropouts, and other youth so that they too can come and learn skills. This will lead them to have a good livelihood. The furniture designed is sold to schools and households." 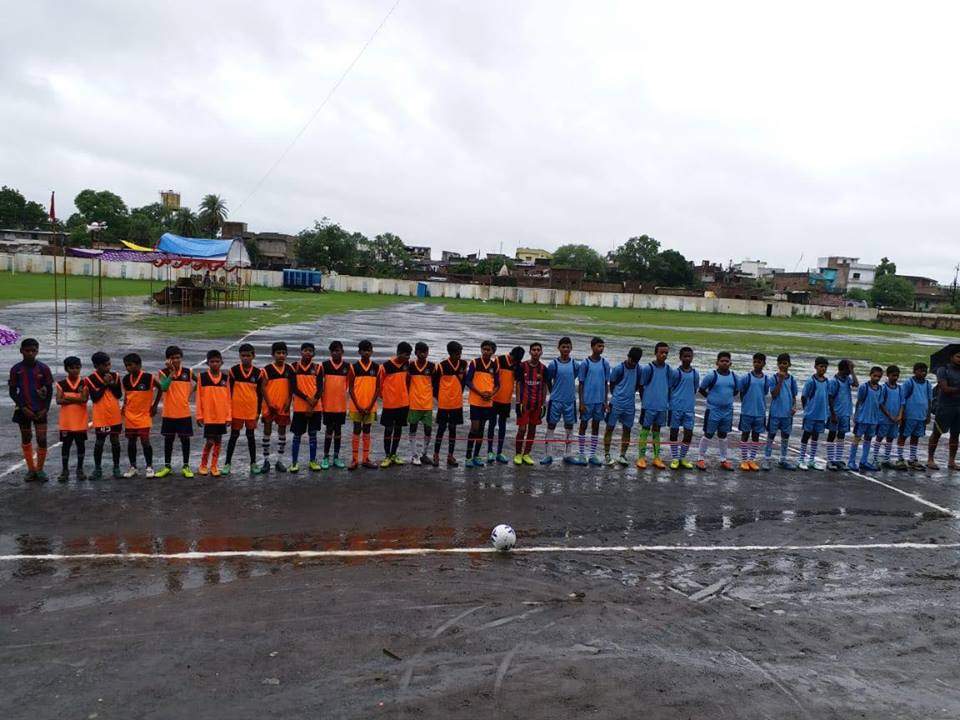 Mandla League: The Riverside league organised football tournament at a playground in Mandla District to choose the top players

Apart from this, they have a programme to identify the sports talent in rural India and fund them to participate in various tournaments for football and long-distance running. "A programme called Riverside League where we not only focus on children but young people to train them in football and long-distance running. We also help them participate in various state and national level tournaments. After identifying them, we provide them with a hostel facility and fund their every tournament. Before sending them to tournaments at the state-level, we organise a village-level tournament to make them ready." Priya explains.