As brilliant and mature as he is when it comes to matters of the mind, Arvind Gupta's vision for the world of education is as simple and colourful as that of a child. During his time at IIT Kanpur, he was a part of the now infamous Opportunity School, a small group of students who would bunk classes to teach underprivileged children in the surrounding area. After graduating in 1975, he landed a job at TATA Engineering and Locomotive Company (TELCO) where he found himself extremely dissatisfied. The world of education was calling.

In 1978, he took a year's leave from the company to work with a grassroots science teaching programme for children in the tribal district of Hoshangabad, Madhya Pradesh where he began developing low-cost teaching aids using locally sourced, sustainable materials. "That was a year well spent," he says. "I thought it was much more fun than making trucks at my other job. In these villages, there were no science labs. Children learned science through badly put-together textbooks alone. We wanted to change this situation by using local materials and see the possibilities of using things in everyday life to teach them right. It was during this time, 40 years ago that I made my first matchstick model. And that's how the idea was born." 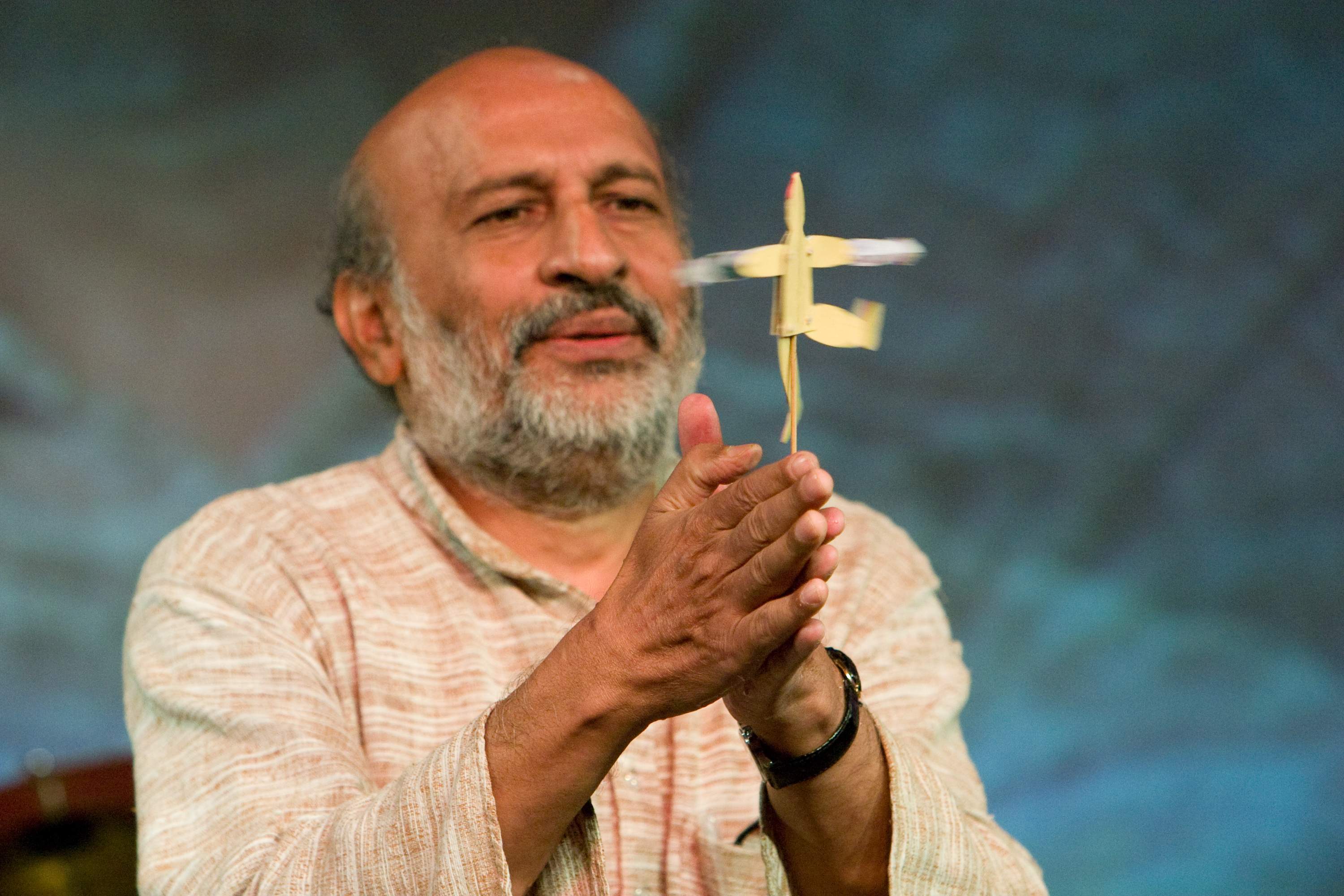 Toying around: Gupta has conducted workshops in over 3000 shools

"Every child wants to play," he says, with an air of enthusiasm that is equally childlike. "Our toys are made from trash. And while children play with them, they learn so many things without being taught. That's the gift we have to offer children." Gupta has gone on to design over 1,500 such scientific toys cum teaching aids. His first book, Matchstick Models and other Science Experiments, was translated into 12 Indian languages and has sold more than half a million copies. Gupta has conducted workshops in various schools across the country and has won many national and international awards. On Republic Day 2018, he was honoured with the Padma Shri.

How did he latch on so firmly to the role of teacher and decide to pass on the knowledge that he possesses? "I was trained as an engineer and worked as one for a couple of years even though I couldn't bear it. I moved on to something that fascinates me. I've always wanted to become a primary school teacher, even as a child. But this new role has given me an opportunity to visit over 3000 schools and create something useful and put it in the public domain every day. I have been able to write the most passionate books on education and the environment and they have been translated into various languages. It creates some world-class reading materials for our kids. What I helped create is slowly rolling into a good movement of very dedicated volunteers who want nothing more than to create good content for the youngest citizens of this country."

We are showing ourselves that our work must change the world in some ways. There are all sorts of educational institutions in this country but it is the poor schools that need us the most

"We make caps out of newspapers," he says. "In fact, if you perform any activity with the help of a newspaper, it becomes magical for the children. Similarly, we use items like matchboxes and tetra paks. You can finally find a use for those plastic covers that you have lying around the house. And a solution for the menacing plastic bottles that you find littered around the streets. There are so many experiments you can do with these things that can be found all around us. This is accessible to everyone. This is the equality that mainstream education needs to adopt."

"We have this stereotypical notion that only those who wear white lab coats can work in the field of science," Gupta points out. "We do science experiments all the time, even before we step into school. Some of us are born scientists. Children probably stop discovering things when they enter their school gates for the first time because we try to control everything about them. Schools are always the problem, not the children. Anytime I've observed an issue in education, it is because of bad management, bad teachers or bad principals, there is never a bad child." Everything Gupta has created has been about promoting equality in education and among children everywhere. He emphasises that the most important step is to make sure that these resources are accessible. 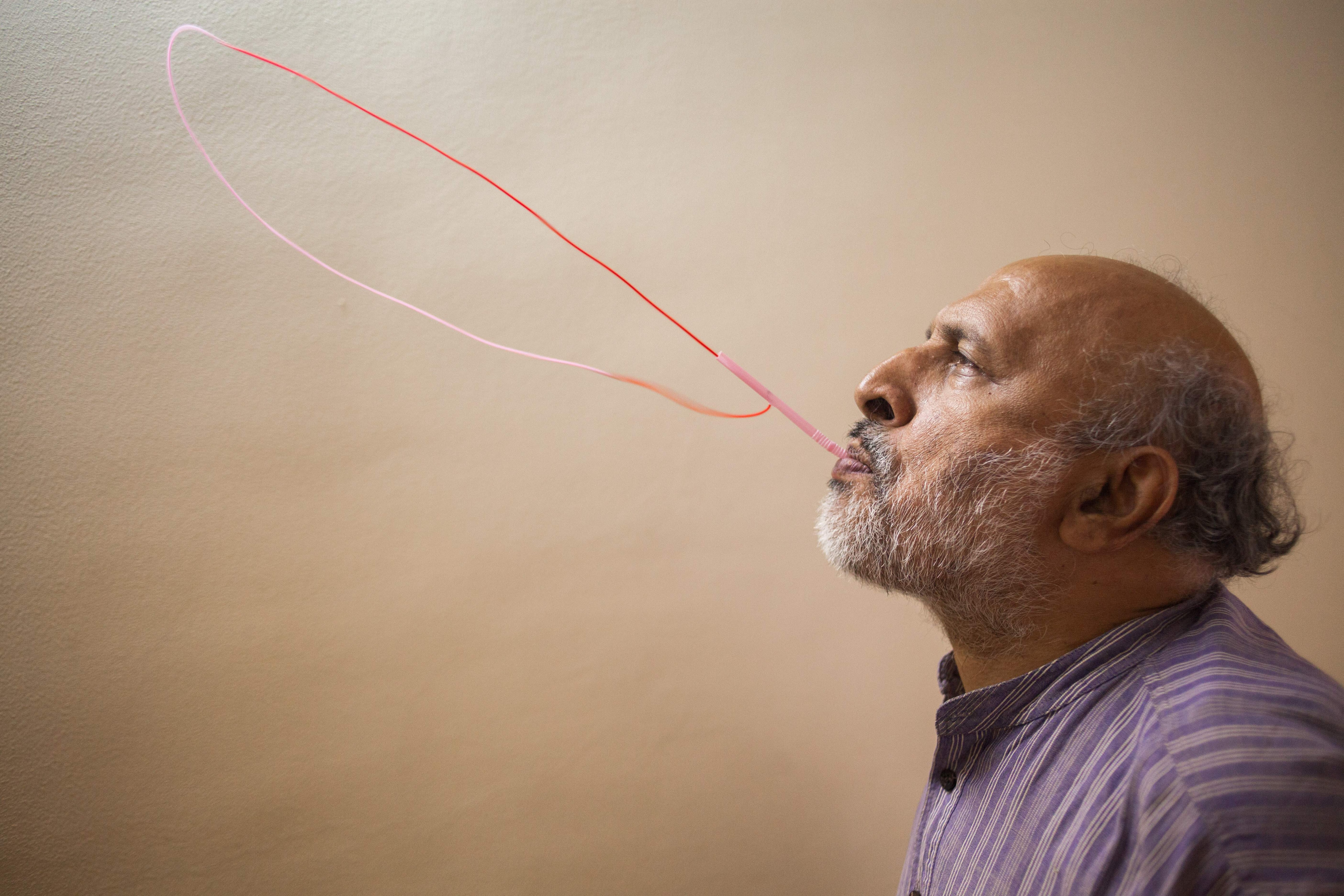 Playtime: Gupta exhibiting the use of one of the toys he has invented

A self-described Gandhian and a socialist, Gupta's commitment to equality come from very strong political values. He says, "If you are born in India and you are socially conscious, you will invariably have been inspired by Gandhi. Every new movement in the world, be it those championed by Nelson Mandela or Barack Obama, they were all inspired by Gandhi. We are privileged to have been born in a country which gave birth to Buddha and Gandhi. This is why we can't blindly follow education systems from other parts of the world. We need to blaze a new trail and develop a flavour of learning which is entirely ours."

Does education grow and innovate continuously? "We all evolve. There are so many alternative schools in India today that offer quality education. If we look past the margins, we will see that our education system has been built on the shoulders of educators who have dared to think differently. We can do much more with lesser resources if we are able to work together." In his sessions, children often grow so engrossed that they forget lunchtimes and bathroom breaks. "For those of us who have bothered to listen, it is clear that children have all the answers. It is simply about asking the right questions," he concludes.