Mad Tales is a mobile truck, serving cold-pressed juice, which is parked near Global Village IT Park. They contribute Rs 9 from every juice you buy to help malnourished kids

How would you like to drink fresh, cold-pressed fruit juice off a fancy truck, while also contributing towards the fight against malnutrition in our country? Sounds great, right? This beverage truck, currently parked in Bengaluru, called Mad Tales is juiced with all the love you need and has been co-founded by popular travel junkie Vimal Geethanandan. And they are fighting malnutrition by donating Rs 9 from every juice they sell to you. Mad Tales is a mobile truck, currently parked near Global Village IT Park's back gate in Bengaluru.

After building up to this new project on his social media page Vimal made the big reveal on Monday, "Mad Tales is a liberation from every shackle that is binding you. We believe every tale of yours deserves a huge amount of madness in it. We represent everyone who wants to come out of a tale that they are not liking to become part of a tale that they love," says Vimal Geethanandan, one of the co-founders of Mad Tales. His cousin Sai Sagar is also a co-founder. Fruit juices for a cause: Mad Tales is fighting malnutrition by donating Rs 9 from every juice they sell

Mad Tales serves cold-pressed juices of five varieties- every juice is a mixture of three to four fruits. And the important part, they don't add sugar, water, ice or any preservatives. The bottles are takeaway and currently, they are selling them at an offer price of Rs 59 per bottle.

Vimal says they wanted to help the fight against malnutrition because they believe that "no tale deserves to end soon," he adds "India stands on the top, one in every three children in the world who are dying of hunger is an Indian, which is pretty depressing if you give it a thought, thus we came up with this initiative to donate. I think social enterprises are the future. We can do so much with them, create our own economy, spend it on something good and make the world a better place to live in," says Vimal. 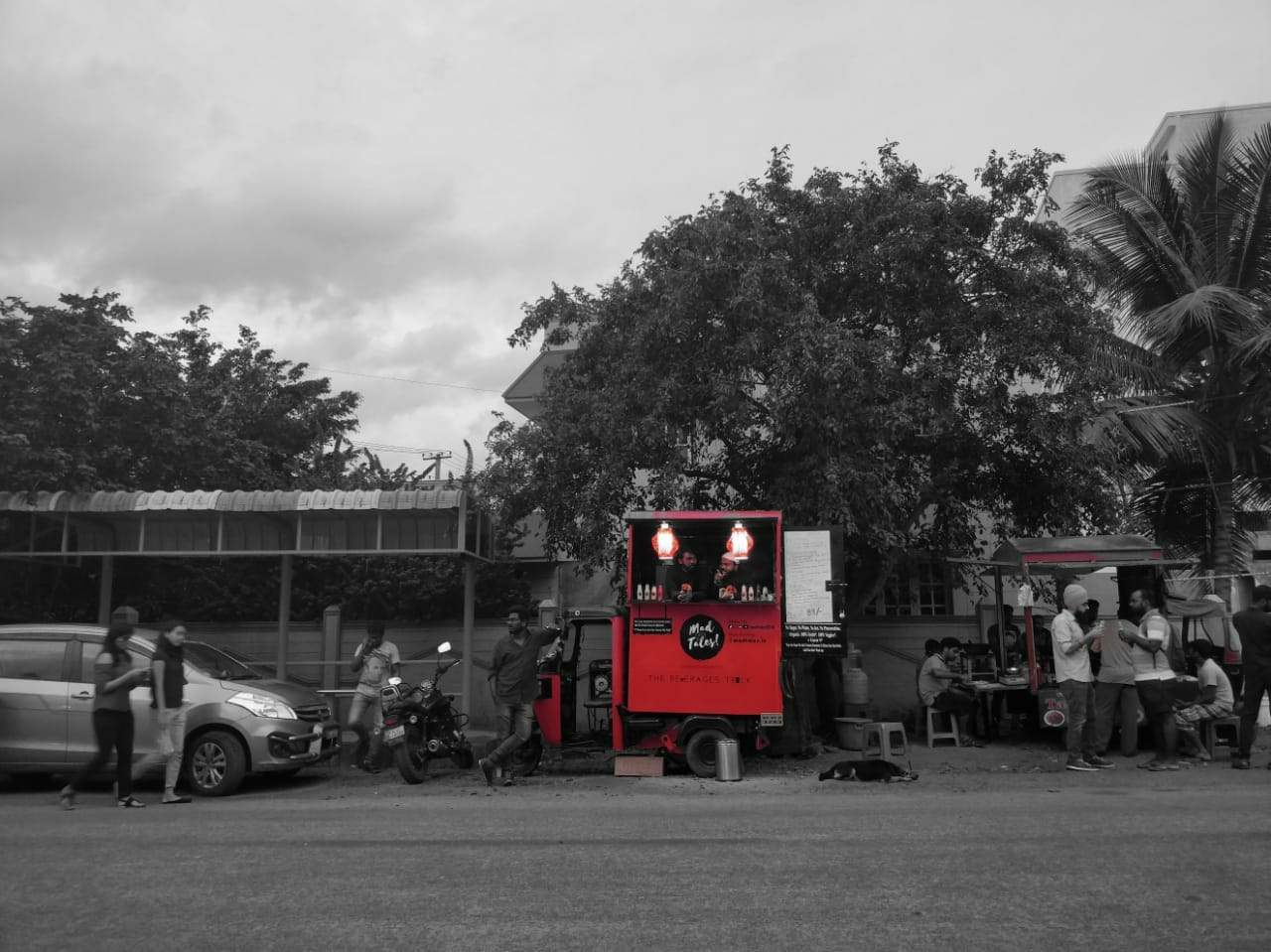 Sweet tales: The Mad Tales truck is parked near Global Village IT Park's back gate in Bengaluru

Mad Tales is partnering with several NGOs in this regard. "We don't want to be an enterprise which applies medicine to a wound but we want to be a cure. We are trying to eradicate malnutrition from its roots by whatever means we have. We are still brainstorming how we can do it and provide better help," Vimal adds. Ever the traveller at heart, Vimal, who does this full time, wants to travel with his truck across the country. "I want to take Mad Tales to various cities, donate more, and ultimately inspire people to celebrate madness and embrace it," concludes Vimal.