Sticking to his roots, Sarath and his friends are developing an app for all theatre enthusiasts in Kerala

He has lived, slept and breathed theatre for as long as he can remember, but his heart ached for the world of cinema all this time. That's probably why when the auditions for Angamaly Diaries were held in his college, he was more than happy to try out. But the MA Theatre student from Sree Sankaracharya University of Sanskrit, Kalady, didn't know that he was only a step closer to his ultimate dream — a dream that saw him on the big screen.

For the longest time, he was known to his family and friends as Sarath Kumar S M, but today, he is better known in the Malayalam film fraternity as Appani Sarath, a loving prefix given to him for playing the fiery role of Appani Ravi in Angamaly Diaries. “When I got the offer, it was unbelievable. I just had one thing in mind, to give it my best," he says, adding that the name ‘Appani’ is the best thing that could have happened to him as an actor. "For any budding actor, to be recognised by the character that they play is like winning an Oscar," he says.

Cycle, the Malayalam play that he was part of, won the award for Best Drama from the Kerala State Youth Welfare Board

It was during the shooting of his second film, Pokkiri Simon, that he got the call to be part of Director Lal Jose's Mohanlal-starrer, Velipadinte Pusthakam. A contrast to his previous role, this time Sarath was seen singing and cheerfully dancing to the viral song, Jimikki Kammal. "None of us on set could have predicted that the song was going to be such a huge success. Again, it was sheer luck and I am overwhelmed by the response that we have been receiving," he says. And about sharing screen time with veteran actor Mohanlal, he says that it was his dream come true. "I grew up watching this legend and he was humble enough to treat us like his own brothers," says Sarath in awe. 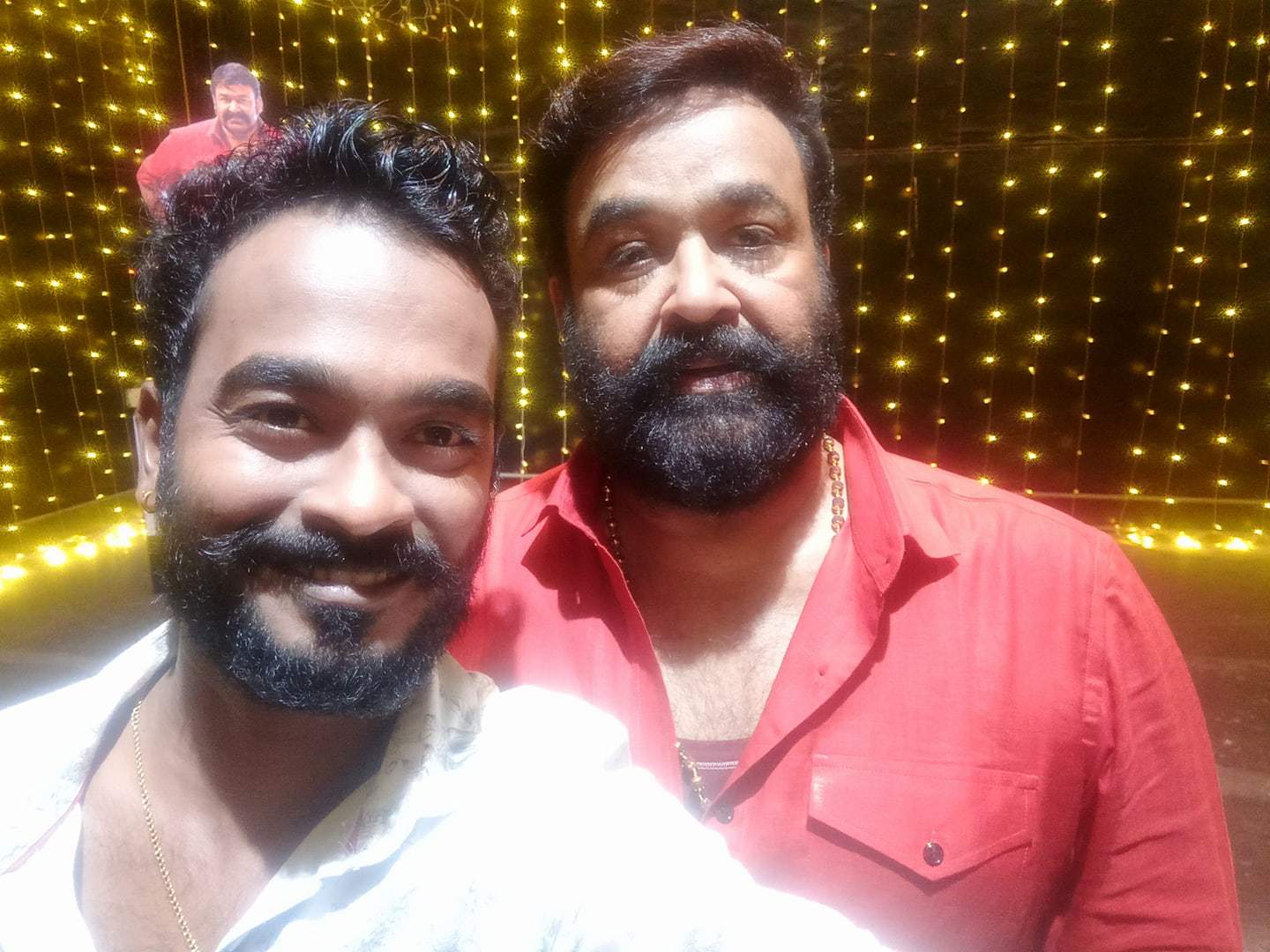 Humbling Beginnings: Sarath was humbled and awed after meeting Malayalam legend Mohanlal, who true to his name was an absolute sweetheart

The theatre buff that he is, Sarath wants to remain true to his roots. He, along with his friends, are launching Theatre Life — an app that acts as a platform for both commoners and people behind the scenes. "Through this app, people can find details about the different plays happening in Kerala and have all the information regarding that particular show. Also, directors can check for availability of venues, seating capacity and position," he says. When asked about the motivation behind creating such an app, he says that it is to promote theatre in Kerala just as much as films. "This app should be the go-to place for anything theatre in Kerala. Ideally, we want people to embrace theatre just like movies," he adds, filled with hope.