One shot of audacity, no sugar: Meet this internet sensation who has been sensitising the cyberworld way before #MeToo

With the keyboard as her sword and social media as her turf, internet sensation Satshya Anna Tharien speaks about stereotypes and using social media as a key weapon to fight it

The #metoo movement has taken the world and particularly India by storm. Stories of trauma and pent-up helplessness are rising by the day. At a time when social media is the best way to reach the common man, blogger and social-media hero Satshya Anna Tharien uses it to sensitise society on issues that are its very backbone.

In January 2017, she released a poem/video titled Not your Sugar, a fierce warning to the backlash following the Bengaluru mass molestation uproar. Self-recorded with basic equipment, a young woman's call for India to wake up and smell the blood went viral almost immediately. Ever since her foray into the world wide web, this 23-year-old Journalism graduate has been slaying stereotypes and taking on society, but with a wider audience. 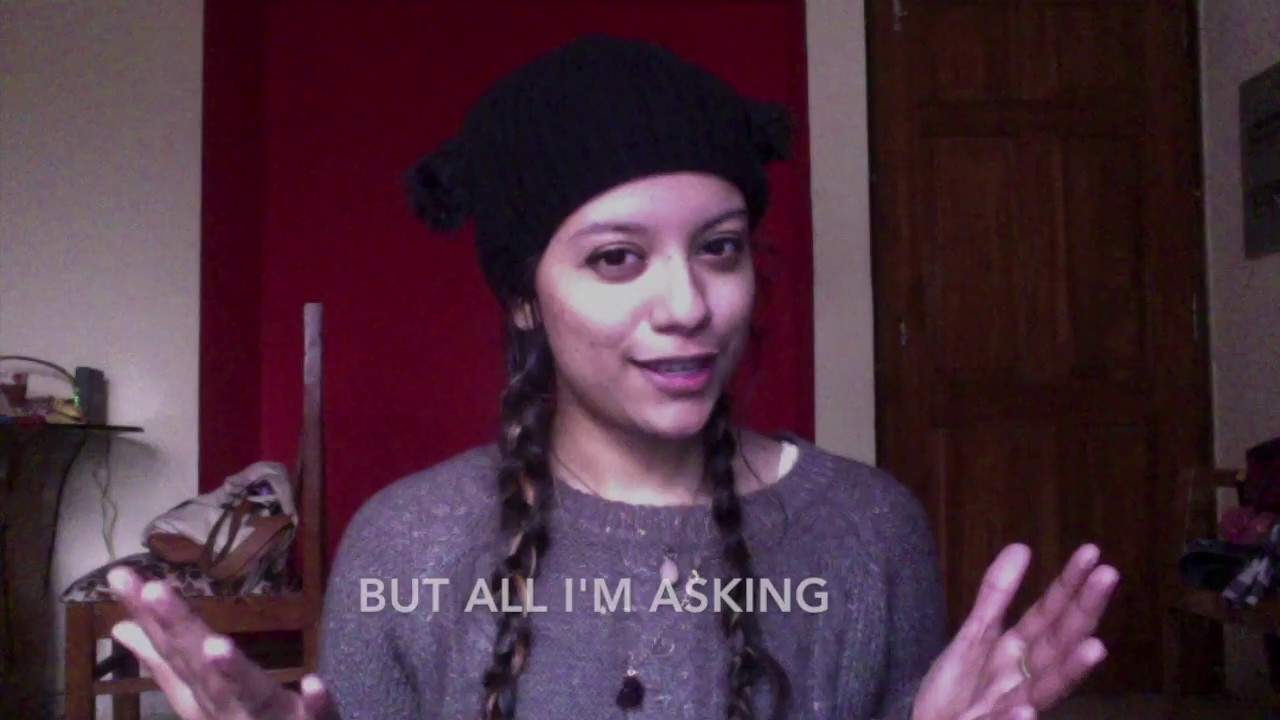 I feel like everyone wants to challenge society in one way or the other — be it through their appearance, ideology or profession. But we’re too scared of the faceless societal circle around us. We’re also afraid of the backlash that comes with openly committing to a cause and thereby opening the gates to harsh criticism from people who may not understand the cause

To this net-sensation, while there are many issues on her ‘to-fight list’, the struggle for equality is the closest. While the movement has come a long way since its inception in India, there are still age-old beliefs that make the 'fairer sex' believe that it's all okay. "Even though we’ve come so far, women are still not treated equally in so many ways – be it at home, the workplace or even on the streets. And for most of us, we’re okay with that because ‘that’s how it’s been for so long’,” states Satshya.

Satshya's journey with social media started in September 2016 with a heartfelt blog post calling out the rampant sexism at St Aloysius PU College, Mangaluru. The open letter called out the college for its stringent rules that reeked of patriarchy and connected her with many other fellow-students and supporters from across the country. Through her post, many other alumni and students found their voice to speak up while a million other Indians bannered against a secret trend many colleges administer on a daily basis.  The post had been the beginning of a hurricane of seldom expressed emotions and thoughts, ones that resonated with many other Indians. 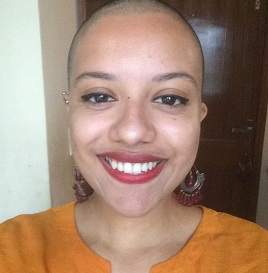 The Crusader: In a recent move, she shaved her head, breaking the idea of long hair and beauty associated with a woman's hair in our country

“Content gains traction on social media depending on how much it connects with the viewer,” she says, but quickly adds, “However, many young people are drawn away from the truth by unverified news that lacks depth or context.” And while the web is full of self-proclaimed feminists, there are very few who truly promote the core of that movement. ‘Feminism’, she sadly states, though a term that is globally recognised, has been largely misconstrued. “People think of feminists as being angry all the time and in a way they’re right,” she says. But the anger, according to her, is for not treating "us as equals." It is preconceived notions and perception that have done the rounds for "way too long" and society's list of dos and don’ts that angers women.

And society works best through its can of judgements and stereotypes, sprinkled like mythical dust on its people. But according to Satshya this is the laziest way of living because, "You’re clinging to a structure that’s put into place by others before you. You’re perpetuating preconceived notions without allowing yourself to think about its pros and cons. What’s especially distressing is when I see people my age passing the kind of judgment I’d expect from a 60-year-old, which is ironic because 60-year-olds today seem more open-minded!"

Thrown in against a faceless dictator (society), her aim is to shun the narrow-mindedness deeply rooted in our system and open people to more ideas and thoughts. Her mantra is to walk with confidence and take the plunge, despite the criticism that will try to drown you like a gush of seawater, "inner-conviction for your cause should shield you from any kind of fear,” she adds.