A physicist working in the field of experimental high energy physics, he continues his research to find out how the was universe when it was microsecond old

Dean of Faculty Affairs at National Institute of Science Education and Research (NISER), Bhubaneswar Prof Bedangadas Mohanty has been elected as a Fellow of American Physical Society (APS). The APS Council of Representatives elected Prof Mohanty as a Fellow upon the recommendation of the APS Division of Nuclear Physics (DNP) at its September meeting.

The number of APS Fellows elected each year is limited to no more than one half of one per cent of the membership. He has been chosen for his contributions to the study of the quantum chromodynamics (QCD) phase diagram and the search for the QCD critical point in high-energy nuclear collisions at both the Relativistic Heavy Ion Collider and the Large Hadron Collider. 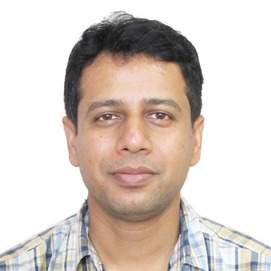 "APS fellowship is an honour and recognition for my work by the world community. I look forward to continuing to work towards understanding the nature and the universe as well," said Professor Mohanty, who is now working at the Large Hadron Collider facility of European Organisation for Nuclear Research, known as CERN.

A physicist working in the field of experimental high energy physics, he continues his research to find out how the was universe when it was microsecond old. A gold medallist in Physics, Prof Mohanty was awarded as the best graduate of Utkal University in 1994. He had done PhD from Institute of Physics in 2002 before joining Variable Energy Cyclotron Centre, Kolkata as a Scientific Officer. He later moved to Homi Bhabha National Institute, Mumbai before settling at NISER.