Slam Out Loud is helping disadvantaged kids express themselves through art. Here's how it helps

Do we really see beyond academic excellence and the resulting employability when we talk about the upliftment of underprivileged children? Slam Out Loud brings their feelings to the foreground

Whenever we talk about the upliftment of underprivileged children we focus on academics and the resultant employment. But is that all a child needs? Jigyasa Labroo and Gaurav Singh founded Slam Out Loud (SOL) in 2014 to fill this very void — to help these children express themselves through various creative means.

As teachers in a low-income classroom of the Government Girls Senior Secondary School in Tughlakabad, Delhi, Gaurav and Jigyasa's own experiences made them realise that the focus on building outcomes for disadvantaged children was almost always restricted to employment or academic success. "Growing up, we had ourselves been so empowered by the art that we wanted to introduce art in our classroom to look at what was possible beyond — outcomes of well being in children, outcomes that built in them the skills that would actually help them thrive in the world," she says. "We started by introducing Slam Out Loud as a small project in our classroom to bring art and artistic opportunities to the 50 children that we worked within the Teach For India classroom. Slowly, the project spread to other classes and schools and we started doing more art workshops with other children in the city. At one point, when we did a workshop about emotions in Kashmir, all that the children could come up with was emotions of anger, sadness, hate and we realised such spaces for children to express what they really feel should not be just 'good to have' but a 'must have'," adds the TFI fellow. But the duo, both alumni of TFI, also realised that they could not do it alone. They started their flagship program — the Jijivisha Fellowship, where they could place artists as role models in classrooms and translate their passion for the arts to enable children to find their voice and build the necessary skills.

The question that is sure to pop up more often than not is — Why is there a need for kids to be able to express themselves in such a way? Aren't they doing this in art classes and dance lessons already? For children to be able to form an idea of their identity, an idea about what it means to have a voice, it is important for them to have a safe space and express what they truly feel, says Jigyasa, "Art is able to create that space for them. This need is even more acute in children coming from low-income communities because their experiences lead to them being caught up in a cycle of negative outcomes - one that they to break free from. When children have a voice, they are able to harness it to share their stories freely, and imagine what can be, in the place of what is." 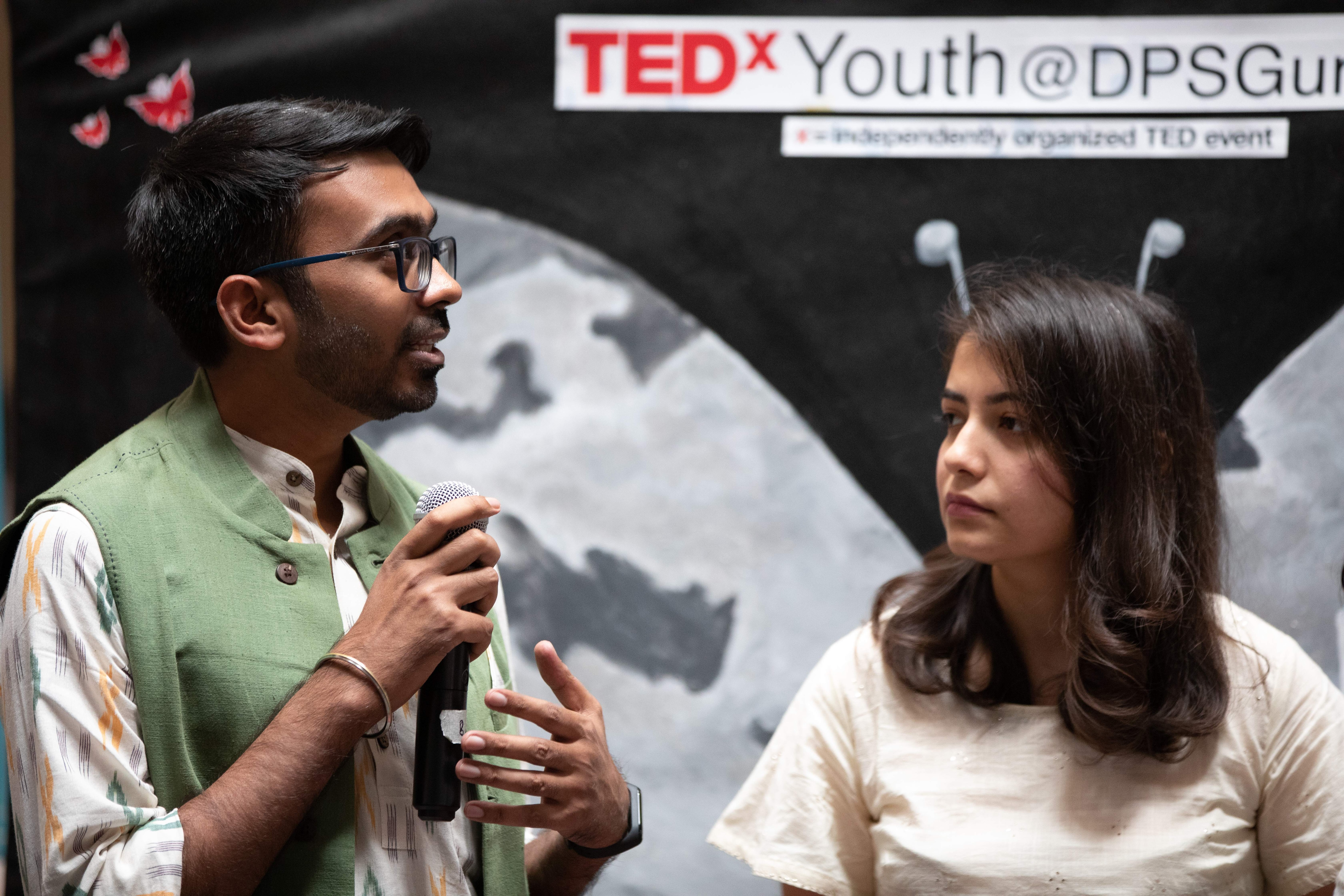 And over the years they have conducted some unique workshops as well — a workshop on photography without a camera is what stood out. "It has purely been about children observing, learning from their surroundings, developing a keen eye and understanding what visual voice can look like. For some children, we have even used graphic design. As an art form,  spoken word poetry is not something which has been explored in schools or in spaces created for children so we are definitely the pioneers for using spoken word poetry with children in India," says Gaurav.

It has been two years since SOL conducted a week-long residential poetry camp in Banjar, near Kullu. "That week was dedicated to getting children to experience art and create it. The outcome was not only some incredible art pieces but also, children bonding with each other and nature, opening up to newer perspectives and creating long-lasting, meaningful learning for themselves," adds the co-founder.

But is teaching them the art enough? SOL says, No. An important part of the programme is to create a platform for them where they can present their creation to the world. "We have had children in the most remote rural villages from Uttar Pradesh, Maharashtra and Rajasthan create plays that have been about the issues that they face in their villages. They have showcased their plays in the temples and the panchayats, to people in their community and since they usually do not get the space to express their views, this has been possible through the art of theatre in these villages," says Gaurav. 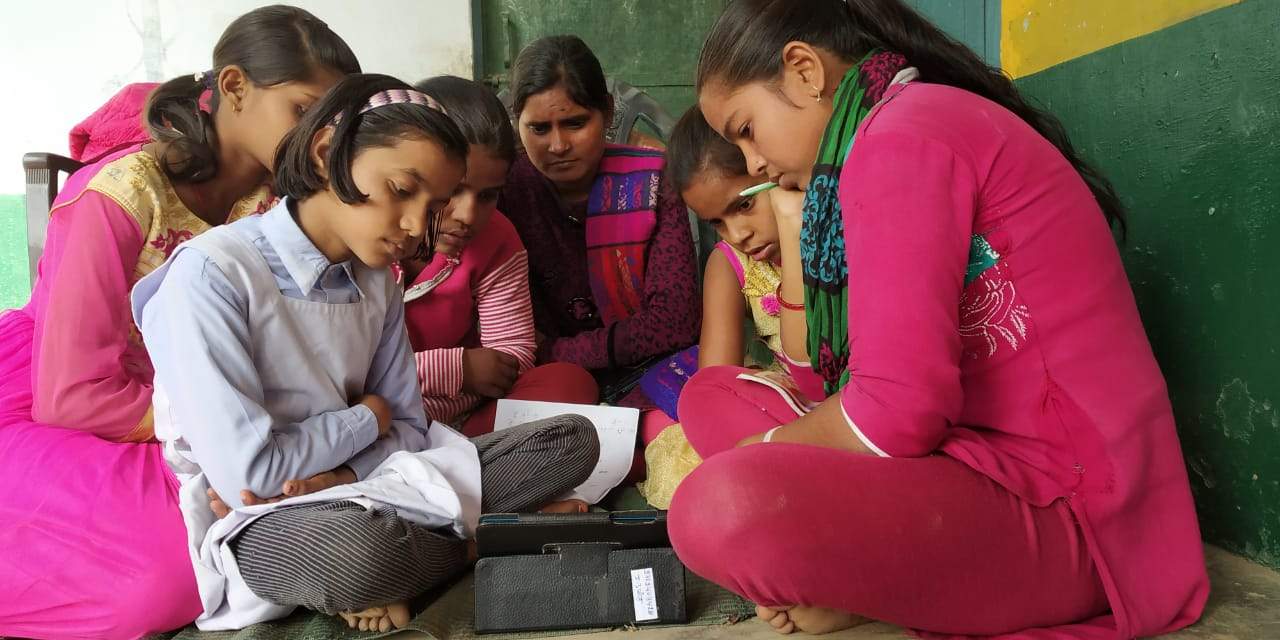 But not many new ideas get a standing ovation from the first show — SOL was no exception. But the resistance did not last long. "Parents, initially skeptical of the amount of time children were spending in the programme have now turned around to be one of our biggest supporters. Seeing their children perform confidently on stage have instilled in parents a sense of pride and they look forward to attending our events and witnessing their children perform," Gaurav adds. "We also took a few parents to the residential camps we had organised outside Delhi in the past; a group of parents travelled with us when some kids were invited to a TEDx talk in Chandigarh and such immersions have helped them understand deeply, the skills and values children build through arts. We have made it a program priority to ensure that the parents are definitely a witness to what children create and to date, that has been the best way to invest them in our vision," he says

But the work is not done yet. Gaurav says they have plans to expand the Jijivisha fellowship along with focusing on scaling the digital learning programmes to more children in rural India. "We are also seeking partnerships with the government to amplify our learning and contribute to the ecosystem of arts-based education. As we look for impacting more children, we will also spend equal energy in refining our program, building capacity in the team and consistently taking feedback from all our stakeholders," concludes the 30-year-old co-founder.