The Karnataka government arranged transport to ferry 367 SSLC students from Kerala to Dakshina Kannada. Similar arrangements were made at the border districts of Karnataka to help children write their

The Karnataka government has finally put an end to the doubts of parents and children about the SSLC exams. On Thursday morning, children gathered at various exam centres in Bengaluru with their hall tickets, a mask and a bottle of sanitiser. The Karnataka Secondary Education Examination Board (KSEEB) conducted exams in 3,209 centres across the state for 8.5 lakh students. Meanwhile, the Karnataka government arranged transport to ferry 367 SSLC students from Kerala to Dakshina Kannada. Similar arrangements were made at the border districts of Karnataka to help children write their exam smoothly.

Edexlive stepped out to find out what fears remained in the minds of students and parents about the exams as we visited various exam centres. Sagaya Mary, whose daughter wrote the exam at St Francis Xavier Girls High School, says, "There was a lot of confusion as to whether the exams will happen or not until last night and a lot of changes were highlighted in the news every second. At one point, my daughter felt that her hard work would go waste. Writing an exam is not a big deal for students but there is a fear of Coronavirus that will lead them to forget everything they studied. There is still some confusion about the remaining exams because the state government is likely to announce a lockdown next week. I felt that the earlier lockdown has gone to waste and the government should have continued the lockdown until the SSLC exams began. Now, if they announce lockdown again, then this academic year and children's education will go to waste."

Mary expressed her concerns about her daughter contracting the virus. She explains, "I thought of providing her gloves, mask and sanitiser but she was sceptical of taking sanitiser and gloves into the exam centre. We were watching the news about how dirty the desks and exam centres were. We have sent our children to attend the exams but there is no guarantee that my daughter will not come in contact with the virus. If my daughter gets Corona, then the government will be held responsible for this."

Similarly, many students gathered at St Germain High School in Frazer Town, including Stalin Alexander, whose son was there to write his first exam. Explaining his son's state of mind during exams, he says, "Initially, when the exam dates were announced, he studied well and worked hard. Once the government announced the lockdown in March, he was demotivated. Though there was enough time to study, he did not take much interest and did not focus on studies. He would watch the news and was in a state of confusion whether the exam will happen or not. I think the government should have cancelled the exams." 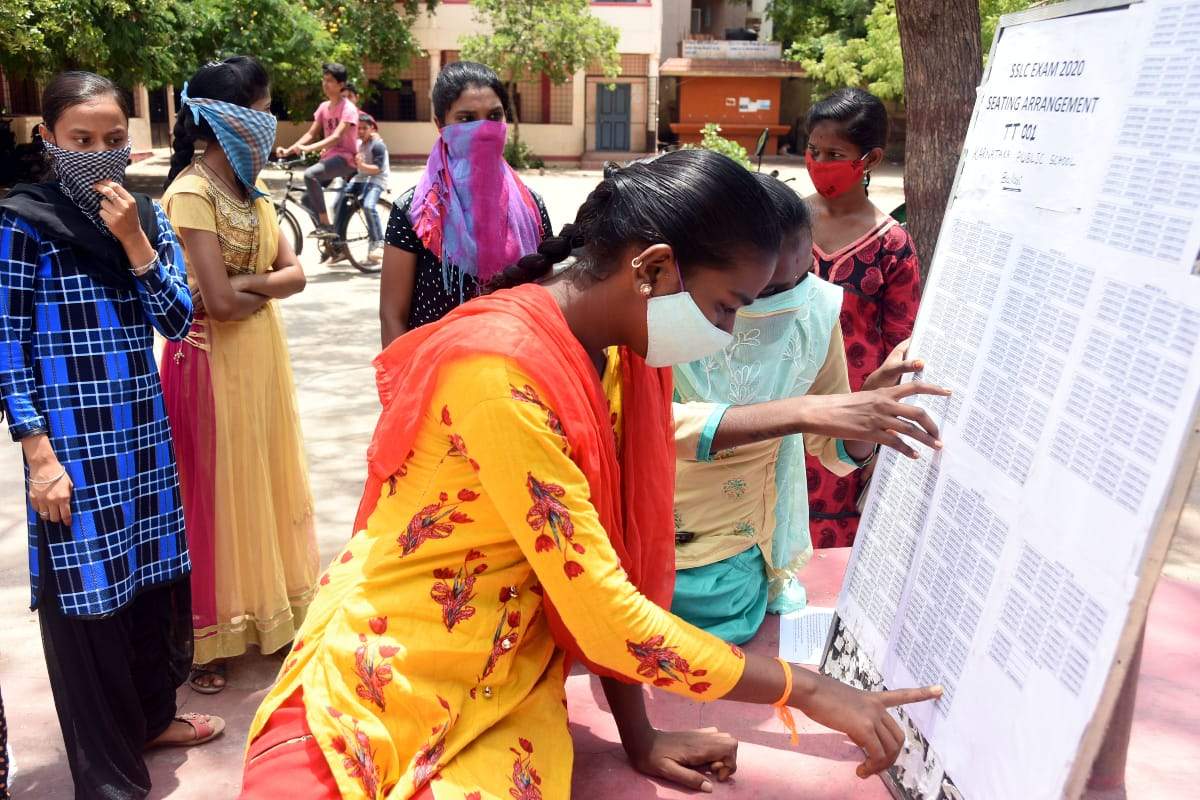 Another parent, Balamurthy, was not entirely clear about whether the government would conduct the remaining exams. He says, "Even now, there is no clarity whether the exams will continue to happen or not. We are still in the confusion stage as there are high chances of lockdown. In terms of safety measures, the school authorities said that they will provide a mask and sanitiser inside the exam hall but I am not sure if they are providing the same."