Half the students in private schools cannot read a paragraph, say study: Is sending your kids there ensuring good education?

Though a large section of Indian lower and middle-class households send their kids to private schools, the learning outcomes leave a lot to be desired. Even among students from the richest 20 per cent households attending private schools in India, 56 per cent in Class 4 - 5 cannot read a paragraph taught in Class 2, revealed a report by the Central Square Foundation (CSF) done in partnership with Omidyar Network India. Called the State of the Sector Report, it was released on July 22 which highlighted that the learning outcomes that one would hope from a private school are not being met.

Inaugurating the report, NITI Aayog Chairman Amitabh Kant said that the private schools need to amp themselves up to be competitive and also deliver in terms of outcomes and not inputs. "The private sector plays a very critical role and has played a major role here. I think we need to appreciate the work the private schools are doing which we often fail to do in a government setup. But the public setup has improved as well — especially in terms of learning outcomes. I also feel that there should be an accrediting body to have quality and parity in private schools. NITI Ayog is already working on these lines," he added. Dr Mohandas Pai of the Manipal Group of Institutions also agreed with Kant and added that in an inclusive model of education is the need of the hour.

Ashish Dhawan, the Founder-Chairman of CSF, said that many families from underprivileged households send their children to private schools as well. “Today the private school sector in India is the third-largest school system in the world. These numbers are mainly made up of parents from low- and middle-income backgrounds who believe their children will have better learning outcomes in private schools. It’s critical now to institute a system that will give parents assessment-based information based on key stage examinations at Grades 3, 5, and 8, as the NEP suggests. They can use this information to compare school quality and pick the best school for their child.” 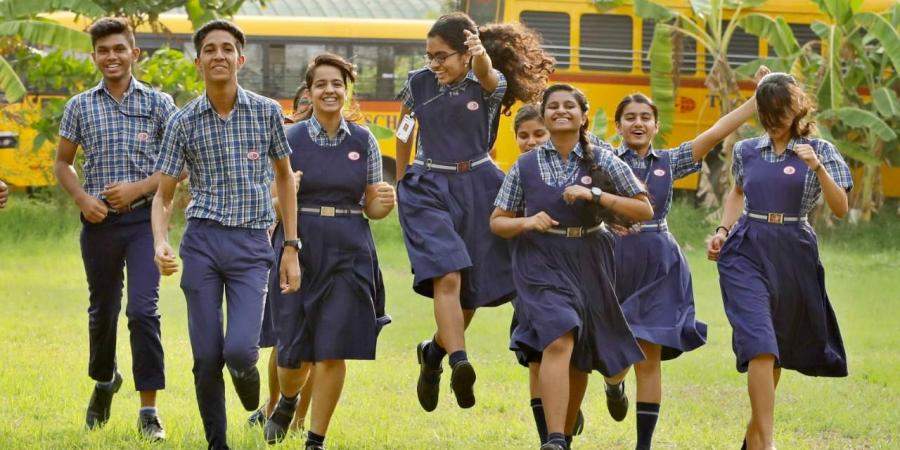 The report also focuses on the learning outcomes of the schools and the compilation of the data shows something very interesting. Even though 73 per cent of students believe that private schools will provide a better learning environment and 12 per cent send their kids to private schools because of an English-medium mode of instruction, 43 per cent of students in private schools still cannot read a basic paragraph. The problem behind this is deep-rooted, said Rahul Ahluwalia, Part of the Governance team, CSF. "It has more to do with the education sector in general than the private sector specifically. We have not capitalised on the learning outcomes. The government could not give public schools all that was needed and the private sector boomed but they too missed the outcomes," he said.

The private schools now serve 12 crore students, nearly half of India’s school-going population. But a large number of them, especially the small and medium ones, are being run as businesses and indulge in under-the-table transactions. This, very obviously, has a detrimental effect on the learning of students. "The government should open the private sector's involvement in the education sector. If they do not have to form murky trusts with murkier investors there would be a chance for bigger firms like Tata to enter the market. They can make a profit but the competition will only drive productivity — in this case learning outcomes," said Rahul and added, "Funding in the public sector is not the problem. The issue is with the execution and management of resources. Public sectors take a lot of time. Private sectors will work faster to make it a sustainable system if the focus is changed to learning outcomes," he added.

Roopa Kudva, Managing Director, Omidyar Network India, said, “We need to empower parents to make informed decisions based on learning quality when choosing a school. In the absence of meaningful information on how schools perform on learning, parents tend to give weightage to tangible parameters like school infrastructure or English as the medium of instruction. Philanthropy capital can play a vital role in setting the ground in three main areas: greater awareness-building, increased transparency from the schools themselves and improving the quality of engagement between parents and the schools.”