Inspired by Banksy, these Jamia students are protesting with their graffiti on university walls

The longer the protest stretches the more people will start feeling disconnected and bored if they are not an active part of the protests themselves. This is one of the ways to keep them hooked on to

If you walk past the Jamia Millia Islamia now, you won't see just whitewashed boundary walls anymore — what you will be regaled by instead is colourful graffiti which are not just works of art but a commentary of the society and the times we live in. 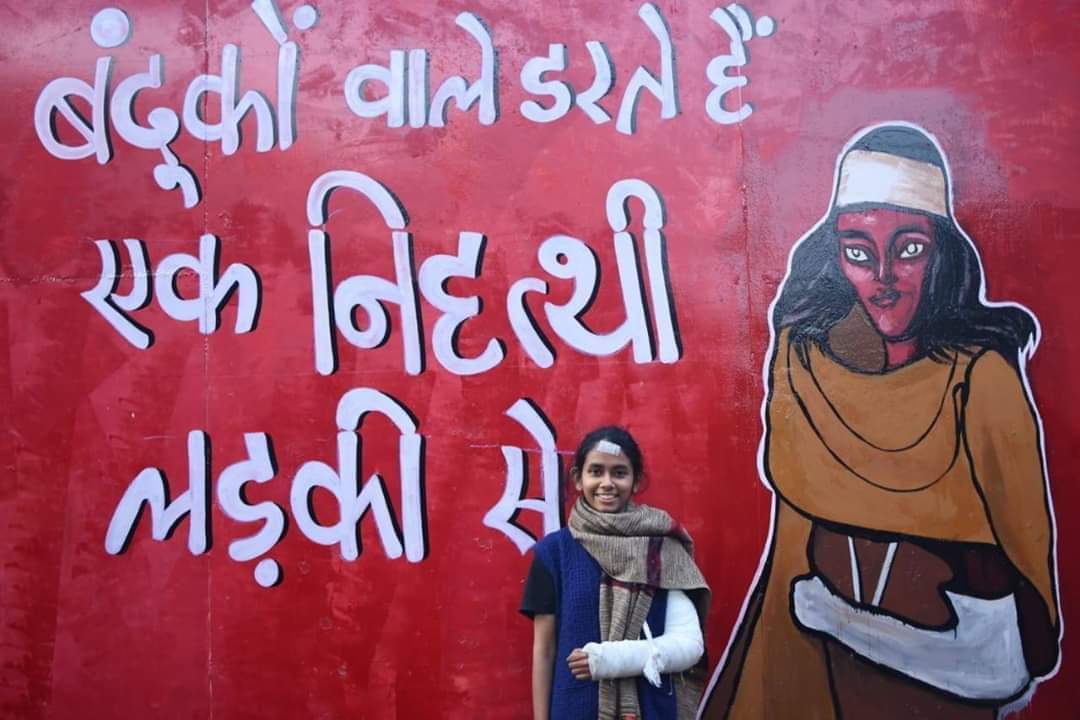 Armed with brushes, rollers, a ladder and some paint, 21-year-old Simeen Anjum of the Jamia Millia Islamia decided to express her protest against the alleged police excesses at Jamia and the "undemocratic and unconstitutional" Citizenship Amendment Act 2019 and Nation Register for Citizens — she started painting graffiti on the boundary wall of her university. Soon, other students joined in to help.

Simeen was one of the students present on campus during the December 15 violence. A month later, she still relives the horrors every day. "I had to express my protest through something artistic. There is nothing like graffitis that conveys the message clearly to even those who cannot read," she said. Simeen, a second-year student of Bachelors of Fine Arts at Jamia, is the perfect amalgamation of artistic abilities and political awareness, said Nehal Ahmed, who is pursuing his MPhil in Cinema Studies from the varsity.

The students generally take their ideas from the posters that are put up by various artists on the open forum for everyone to use and mix it with couplets of revolutionary poets like Faiz and Habib Jalib. "Banksy is the inspiration for everyone who is associated with graffiti and street art but our creations draw inspiration from the poems as well. We are trying to come up with a Bengali typography. We already have Urdu and Hindi — it is easier for a passerby to read," said Simeen.

One of their latest paintings that features Jawaharlal Nehru University Students' Union President Aishe Ghosh went viral on the internet. Anirban Ghosh, an artist from Bengaluru, created an illustration of Aishe which the students wanted to use in the graffiti. "Anirban came down from Bengaluru to help us with the graffiti. We borrowed the text from another poster," said Simeen. Aishe came down to Jamia and took a photo of her self with the graffiti — which also went viral on social media. 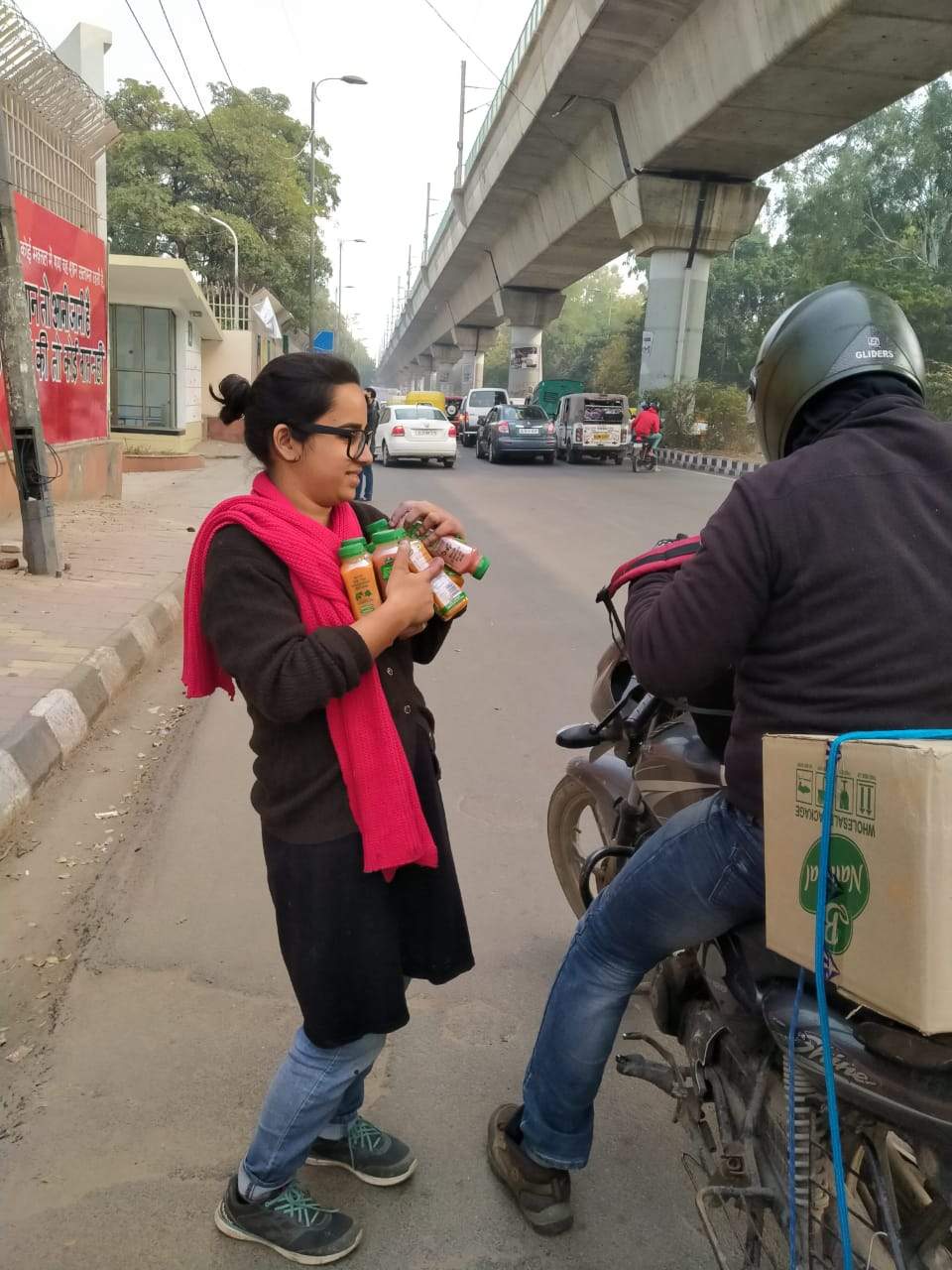 The longer the protest stretches the more people will start feeling disconnected and bored if they are not an active part of the protests themselves, thinks Nehal. "We need active participation from the people and we have got that. Not only did students, journalists and locals join us in painting the graffiti, people also gave us food to eat, crates of cold drinks and even lunch when they saw us painting," said Nehal.

Jamia students like Abhiram P, Kulsum Sheikh, Aftab and freelance artist Disha Bhuraria have now become regulars. "Mushtaq, a local, who paints banners for a living came forward on his own to help us. He is an expert at painting letters and helps us out every day," said Simeen. Most of the students are painting graffiti for the first time but have adopted this as the primary form of their protest.

But graffiti is essentially the destruction of public property, what happens when the authorities zero in on the painters? "After what happened on December 15 none of us thinks of anything else but protesting and we are not scared anymore," said Nehal and Simeen agreed. "There will probably be some action at some point. But till now no one has said anything," added Simeen.

Simeen said she is getting requests from locals to came and paint their neighbourhoods as well. "We have not even covered a considerable part of the Jamia boundary wall yet. The entire city is there for us to paint," said Simeen.