Anika Prasad (name changed), an ad-hoc teacher at one of Delhi University's constituent colleges, had sent several applications to the university administration seeking maternity leave. But her plea went unanswered. Anika is not the only one. A shocking 86 per cent of the teachers working on an ad hoc basis at India's premier varsity have not been granted maternity or medical leave nor have they received any assistance, found a study conducted by the DU Teachers' Association (DUTA). DUTA has been fighting for months to get DU to hire some of these teachers as permanent staff, but to no avail. 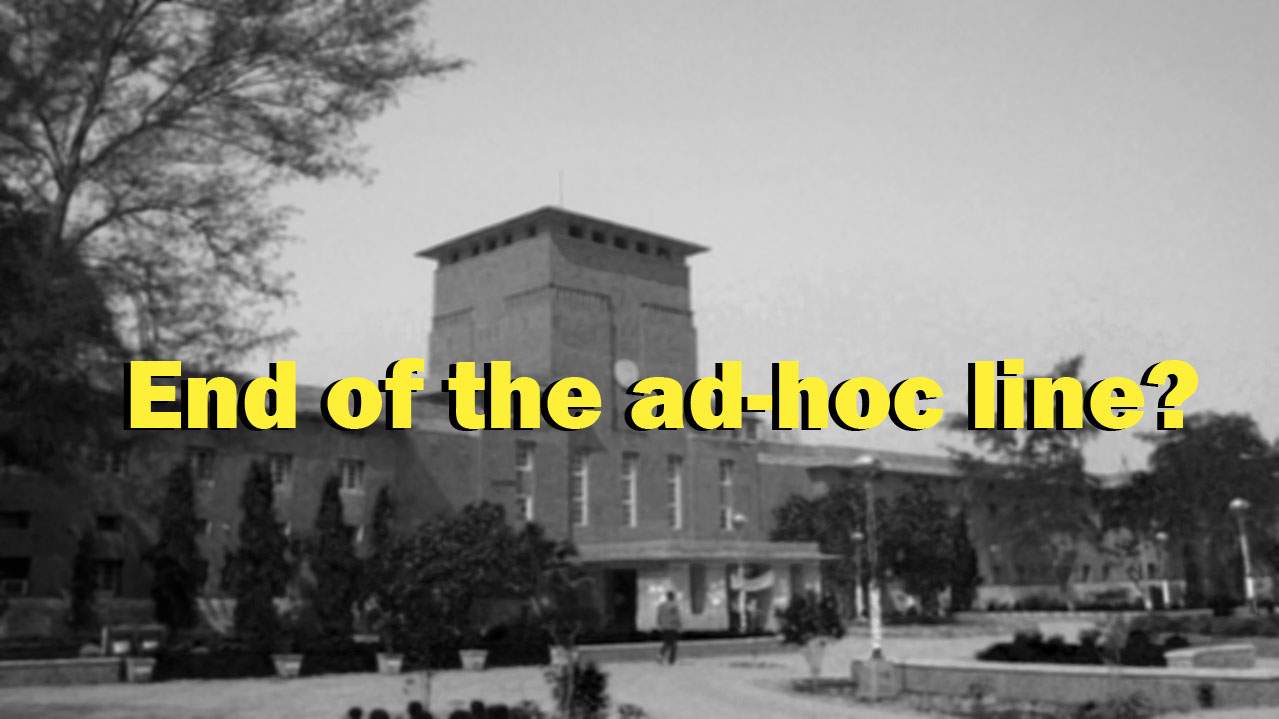 Of the 4500 odd teachers working on an ad hoc basis, DUTA spoke to 705 of them and found that while four per cent of them had to lose jobs, 52.5 per cent of the teachers had no institutional help during their medical emergencies and maternity period and 29.3 per cent teachers had to go on leave without pay. Only 14 per cent of the teachers had received support from their respective institutions or the varsity. Most of the ad hoc teachers at the varsity are female — 57.1 per cent of them — and nearly 25 per cent are unable to pursue any academic activity, found the study. "Given that women constitute 57% of the workforce, a sizeable percentage are either not able to plan families or face extreme hardship during pregnancies. Many more could have lost their jobs as the survey has been amongst those who were able to get back their job," said the study.

"These teachers perform the same duties as their permanent colleagues but have been denied basic rights to a dignified life. Contributing consistently in the academic and the corporate growth of the university, they have been working in their respective colleges/departments amidst massive insecurity of services with no facilities like annual increments, medical benefits, maternity leaves," said Rajib Ray, President, DUTA.

The issue of DU not granting maternity leave to its ad hoc teachers has been in the headlines last year as well when the Delhi High Court while hearing a plea from an ad hoc professor of Aurobindo College under the Delhi Universit, had questioned why the Maternity Benefit Act would not be applicable to the ad-hoc employees of the Delhi University when it was applicable to contract labourers of any establishment or government undertaking. The query by Justice Suresh Kait was posed to the DU while issuing notice to the Centre, the university and the Aurobindo College here, seeking their stand on a female ad-hoc professor's plea alleging that she was denied maternity leave as she was not a permanent employee "If it (the Act) is applicable to any shop or establishment or government undertaking or government institution, then why not to the university is the question," the court said. "It further asked, "Why not applicable to ad-hoc when it (the Act) is applicable to contract labourers?" 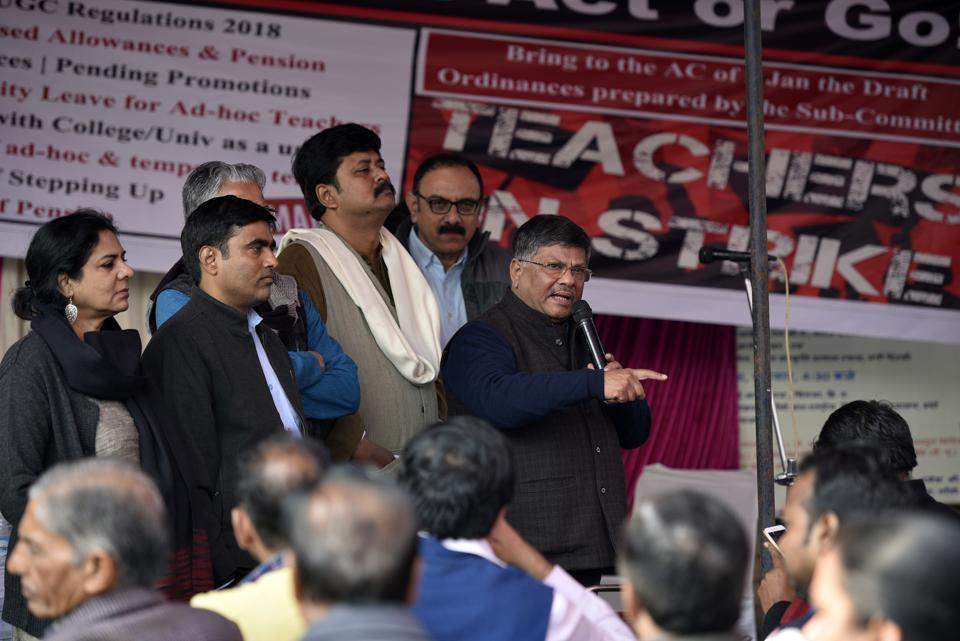 The female professor, in her plea, claimed that she had sent several representations to the university since January 4 seeking grant of maternity leave as her expected date of delivery was February 22, reported the Hindu. However, no response was received from DU and meanwhile, she gave birth on February 3. Since then she has been on leave without pay as the varsity did not sanction her request for maternity leave. The university's lawyer told the High Court that her contract was renewed every four months and currently it stands expired on March 18. The lawyer also said it was a policy decision of the varsity to provide the benefit to only its permanent employees.

This is particularly troubling because most of them are highly qualified young professors who barely missed out on institutional posts. "Despite fulfilling all the requisite academic qualifications like NET/JRF, M Phil, PhD, Post-doctorate etc. from prestigious Universities of India and abroad, and having teaching experience for years, these teachers are yet to be regularised in their respective positions which are substantive in nature and are earmarked into different categories as per the approved reservation roster. The tenure of ad-hoc teachers is fixed for four months which gets extended on the basis of satisfactory service records and interviews, most of which depend on the whims and fancies of the administration," added Rajib, who has been leading the teachers' protest for regularisation of the ad hoc teachers the past couple of months.

The teachers' association also claimed that various State Governments have initiated such processes of regularisation of teachers in State Universities through notified executive orders. "Even the Delhi Government, through the governing bodies in the colleges maintained by them, has shown willingness towards the process of regularisation — many of whom have passed resolutions recommending a one-time absorption of all working temporary or ad hoc teachers which now needs sanction from the UGC and the MHRD," he said, adding, "In 2009, the UGC had asked universities and institutes to absorb UGC researchers working in the units. Today, when over 50 per cent of the population is below the age of 25 years, it is important to strengthen public-funded educational institutions. Infrastructure development and maintaining adequate teachers’ number are essential for quality education. It is important that University and its colleges, which serve lakhs of students from across the country, are stabilised through permanent faculty."