Sacked sans salary: Why it doesn't pay to be an Ad-hoc teacher in Delhi University this year

DU has asked colleges to appoint guest lecturers for any position that is vacant this year and is not ready to acknowledge new appointments — what will these ad-hoc teachers do from here on in?

Ad-hoc teachers of the Delhi University, appointed this year, are in a fix. They found out on August 28 that they were 'jobless'. Literally. The teachers who started teaching putting their trust in a telephonic confirmation of employment all these years will not get an appointment letter because the university has asked departments and colleges not to appoint any new ad-hoc teachers for the 2019-20 academic session.

Ad-hoc teachers get paid on the same scale as an Assistant Professor, get a cabin and computer to work on and also has to undertake responsibilities like any other faculty — the only difference is that the post is temporary and they are recruited for four months. There are more than 4,500 ad-hoc teachers working at DU — a total of around 80 were appointed this year, others' tenure have been renewed every four months.

Priya Bansal* got a call in the second week of August from the Delhi University. She was asked to join the Department of Education as an ad-hoc teacher the next Monday. Her contract with Jamia Millia Islamia had just ended and she was happy to join at the earliest. But the notice from the Assistant Registrar (Colleges) of the university on August 28 changed everything. "I worked till September but did not receive any salary. The department was in an awkward situation as well. They wrote to the university officials several times, explaining that the call for the appointment was made with the university's permission, but the officials were relentless," said Priya.

The process, she added, begins in July, with the filing of an application. The department or college, as the case may be, comes out with a list of candidates selected for interview in August and they are appointed in due course of time. 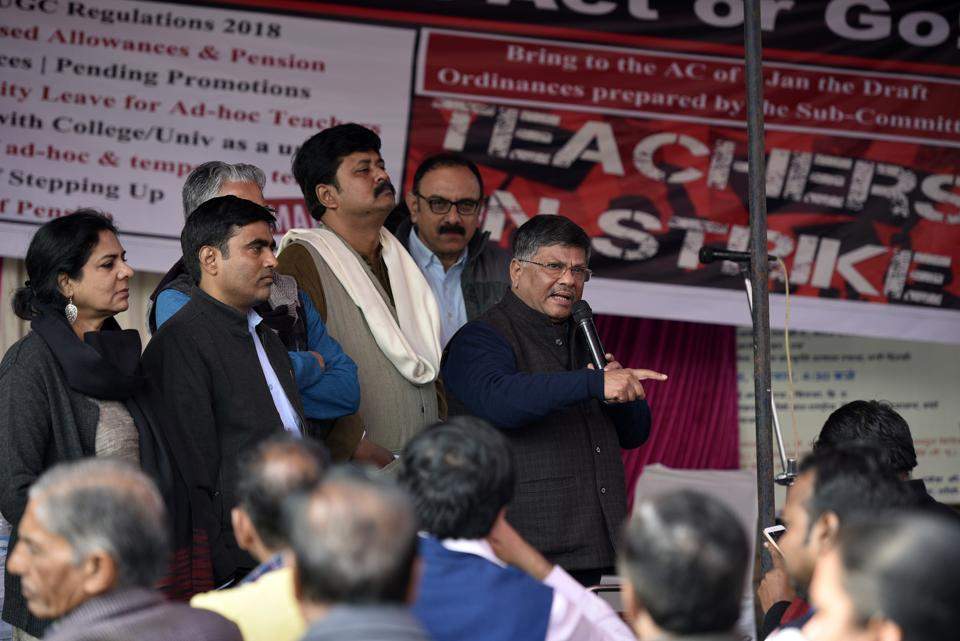 Why not be a guest lecturer? Because it isn't the same

Urged by the MHRD and UGC, the university has asked colleges to appoint guest lecturers for any position that is vacant this year. So why not apply for that post instead? Priya explained that not only is it a heavy financial loss it is also not as rewarding or prestigious as an ad-hoc position. "Guest lecturers get paid for each lecture they deliver and the maximum salary is capped at Rs 50,000 but no one ever can take so many classes to earn that amount. You do not have any other facilities — you are not part of the faculty per se. But as an ad-hoc teacher, we get our own room or cabin, access to computers, regular working hours and the same scale as an assistant professor — Rs 75,000 under the seventh pay commission, the university has not applied it yet but even under the sixth CPC it is much more than what you earn as a guest," said Priya.

Salary only after four months

Salaries not being credited is not a new thing, said Priya. "Ad-hoc teachers have always received salaries only every four months. The due process is so complicated and needs the approval of so many departments that it takes four months, which is the duration for an ad-hoc appointment. The department generally gives us a gap of a day or two and reappoints us till the academic session is over," explained the ad-hoc teacher. 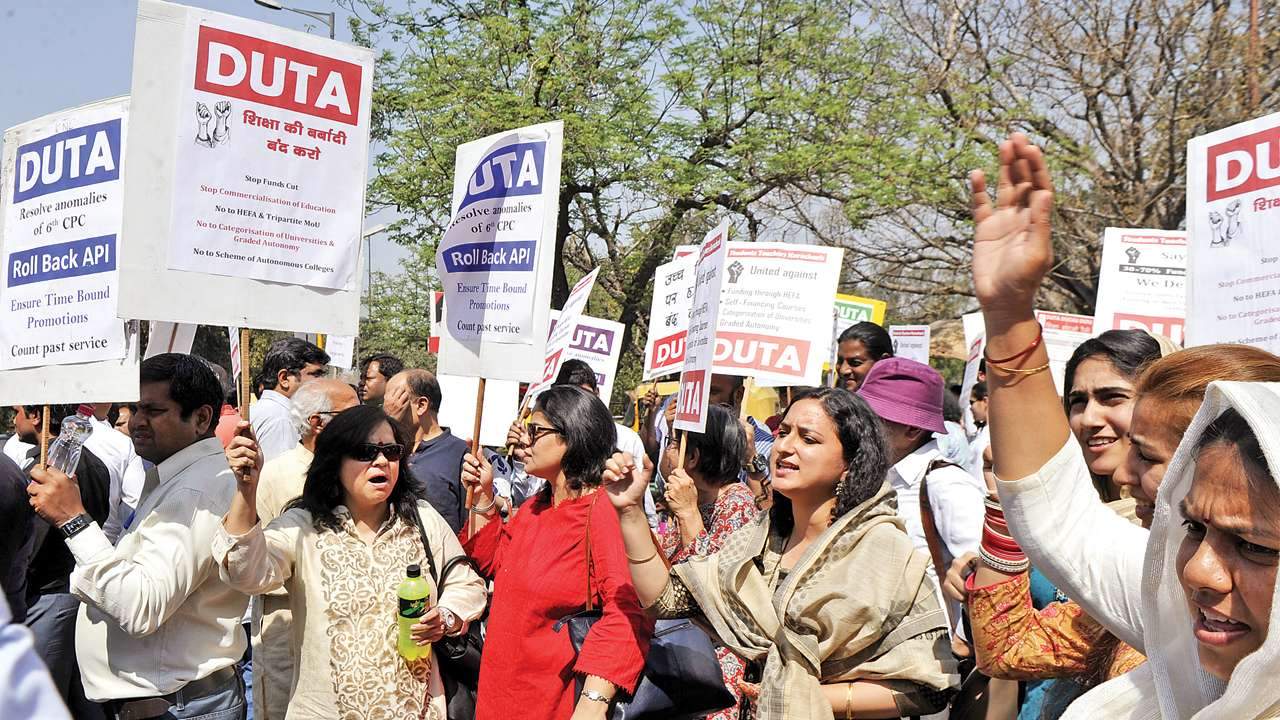 No one to handle the classes, alleged DUTA

Priya is not the only one affected. Teachers in almost every department of the university and various colleges are in a fix. They do not know whether they have their jobs or not. Dr Aabha Dev Habib, a member of the Delhi University Teachers' Association (DUTA) and permanent faculty of the Physics Department of Miranda House said that the decision to “appoint guest faculty against all new vacancies arising for the first time in the new academic session” has been detrimental for the students as well. Abha was an ad-hoc lecturer from 2001 to 2005 before she joined as a permanent faculty in 2005. "A full-time teacher has many other responsibilities. It is not just restricted to the classroom. Guest lecturers are paid on a per lecture basis. They cannot be expected to perform these duties. If all permanent positions falling vacant are to be filled with guest appointments, it will lead to a complete breakdown of teaching in most institutions," said Abha. "Classes are not being conducted regularly and the students are suffering for that. It's not enough even if you appoint two people for every permanent position that is vacant," she added.

DUTA has been vocal on this issue for over two months now but not a thing has changed. DUTA wrote a letter to the Vice-Chancellor, Dr Yogesh K Tyagi telling him that as the academic head of the institution, it is his responsibility to ensure that students are not made to bear the brunt of the "ill-considered decisions" of the university.

"It is a matter of concern that the administration does not seem troubled that classes are not being taken even after more than half the semester is over. The matter should have been discussed in the statutory bodies before issuing a directive of this nature that is bound to have disastrous consequences. The letter must be withdrawn immediately in the interest of the students and the institutions," read the letter sent a month ago on September 23. 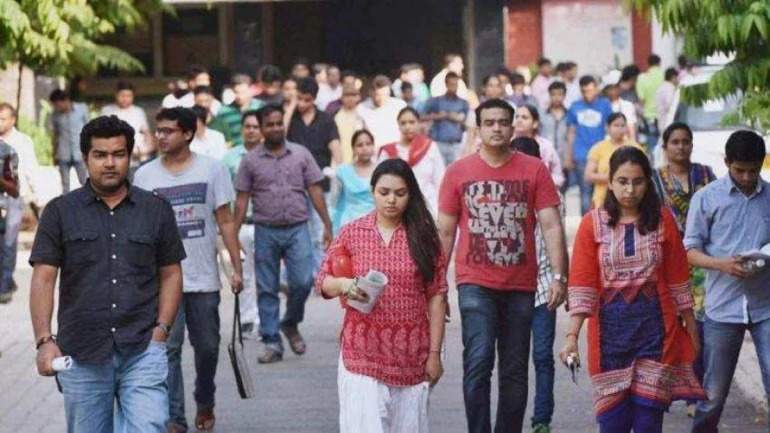 Is this the end for Ad-hoc teachers?

Priya has been sitting idle at home for the past month and so are the rest who had been axed suddenly. "Jamia had offered to renew my contract and I let it go because this seemed like a better job. But now both my hands have been cut off. I have spent my own money to come and lecture here and have not been paid a dime for my services," said Priya, an alum of the university till her postgraduation after which she shifted to Jawaharlal Nehru University for her PhD. Armed with a schedule that has her name on it and her phone records she intends to fight for her right.

Abha added that not many students will be attracted to the teaching profession if a central university cannot provide minimal job security. "The whole situation is a mess right now. The student intake has increased, there are no resources at the colleges or departments and now the ad-hocs are not being allowed. Why would someone want to join an institution that does not care about its own?" she asked.