Working in the name of Humanity: How this 24-year-old from Gwalior is helping the young of our society

From being the 'Solution Boy' in school to becoming a social worker and entrepreneur, Ayush Baid's journey is nothing short of a marvel. He now intends to invest his life in society

At a time when India is reeling under communal debates at every corner, 24-year-old Ayush Baid and his NGO Manavata are helping kids and the underprivileged, indiscriminately. The young social worker believes in no other religion but humanity — thus the name Manavata (humanity). Ayush, a final-year student of Master’s in Social Work, had started the NGO back in 2015 as soon as he finished his Class XII exams. But surprisingly, that was not his first tryst with social work.

Ayush says that he has always been the go-to person for problem-solving, even in school. "They called me the 'Solution Boy'. Whatever be the issue, I would try my best to mediate and get it resolved. The two-to-three-month gap we have after the Boards gave me the ample opportunity to explore more in the field of social work," says Ayush. "My parents and my elder brother supported me a lot when I set it up. My father would leave his shop and accompany my mother and me as we went to Krishna Nagar, a settlement 20 km from Gwalior town. We started awareness programmes and camps there and gradually, the Manavata family grew. Two years and 200 workshops/awareness campaigns later, we managed to get 70 children to school — some to local schools, while we brought some others to residential schools in Gwalior," explains Ayush, adding that over the years, almost 95 per cent of the children in the area have been admitted to schools.

The Limca Book of Records has recognised the Slipper Bank as the first of its kind in India
The Madhya Pradesh Police awarded Manavata for their Girls' Safety Group initiative. They had helped 670 girls in two months, at that point

Before Manavata, the area had not seen any development as the local administration was oblivious of its presence. "The first time we went to speak to the district administration about the settlement, it took them 15 minutes to figure out whether the area came under the Gram Panchayat, Zilla Parishad or the Nagar Nigam. After we started working there, the entire city knew about the settlement and the administration was forced to develop the region as well — they now have metalled roads and electricity, and better water connection so that kids don't have to go and fill water from the tankers anymore," he says, adding, "We also started Mission Admission, under which we go to various settlements and slums in and around the city and help underprivileged kids get admission in schools. The district administration has given us a letter that states that if we get kids to a school, they will be admitted, no questions asked, and all the other formalities will be completed later. This has helped get a lot of kids admitted to schools seamlessly." 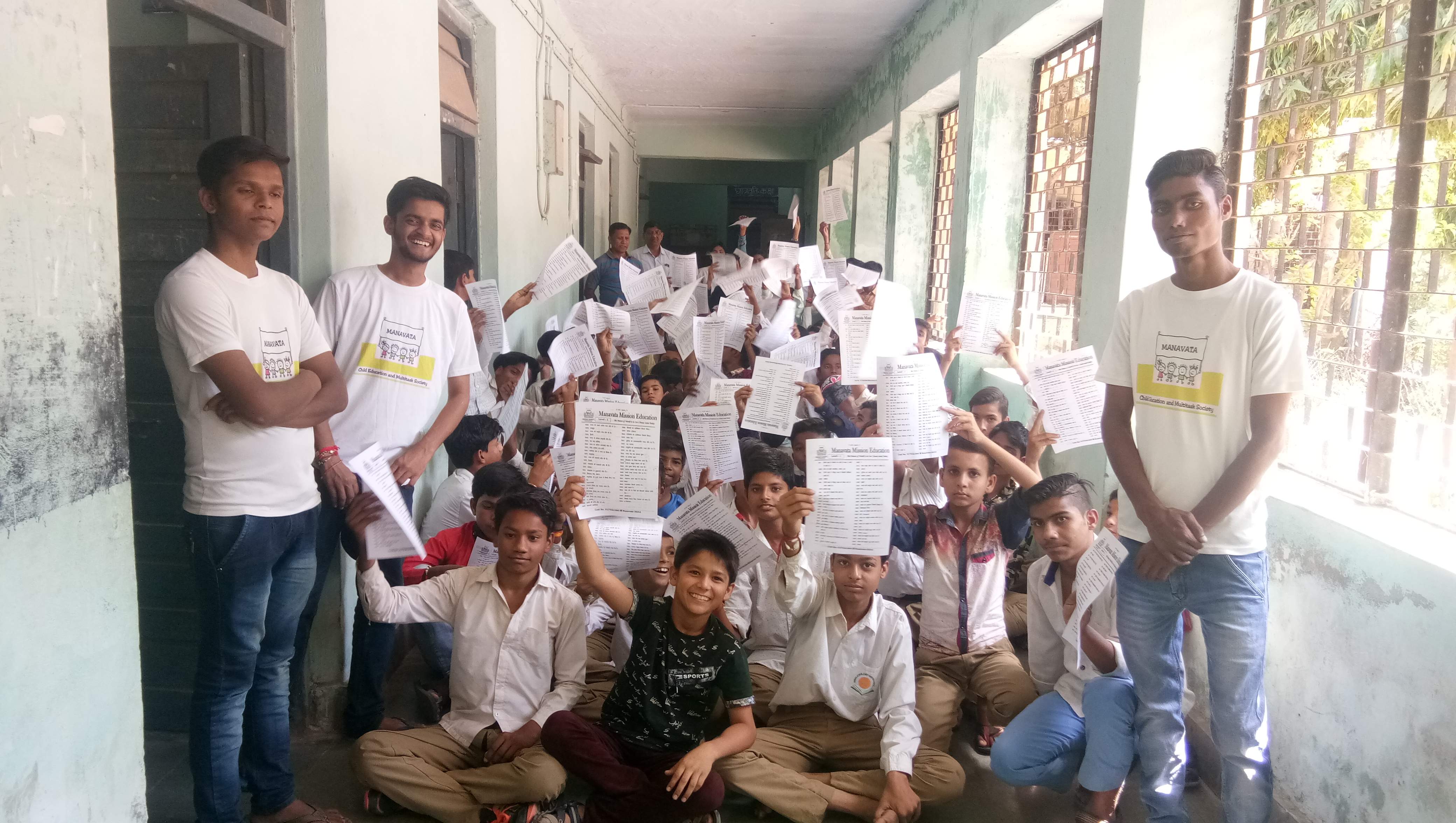 The 24-year-old does not want to stop at just admitting children to school. He also established a Girls' Safety Group, a helpline for young women who are victims of eve-teasing, harassment or stalking. "A lot of the time, these girls don't have the courage to confide in their family when they become victims of such atrocities. So, we wanted to establish a safe space for them to speak up about their ordeal and if there is any legal action that can be taken, we connect them with high ranking officials and they take the necessary steps. This way, the girl is not forced to come out in the open to complain but justice is served," he adds. They have helped more than 1,000 girls until now. Manavata holds a record for the country's first Slipper Bank. The idea came from Ayush's interaction with kids from the slums. "Whenever I would ask them what they want to be when they grow up, they would have the same answers as we do — civil servant, doctor, etc. But they did not know how they would ever realise their dreams. 'We don't even have a slipper to wear, how will we become anything in life?' they would ask me. I belong to the privileged strata where hard work can help me achieve what I want in life but for these kids, the initial hurdles they need to overcome are immense. We started the Slipper Bank to help solve at least one of those hurdles. It gives them the courage and the mental support to believe in themselves," says Ayush.

Ayush has also set up a start-up, Chocolates for Charity, that produces handmade chocolates and the revenue generated will be used to run Manavata and for the betterment of society. "I do not want to ask government officials or for that matter anyone for donations. We have a subscription fee of `100 for every Manavata member but even that that we don't force on people. Once I graduate, I want to invest more time in this. We have had people come to us for work and now, we have the opportunity to employ them, earn revenue and then, use that money to help develop our society," he concludes.