The teaching and non-teaching staff of the Centre for Social Exclusion and Inclusive Policy and the Sarojini Naidu Centre for Women's Studies of the Jamia Millia Islamia might not lose their jobs after all. The varsity's Registrar, AP Siddiqui, confirmed on April 6, that the orders to discontinue the two centres stand void as the UGC is still in the process of making a decision. 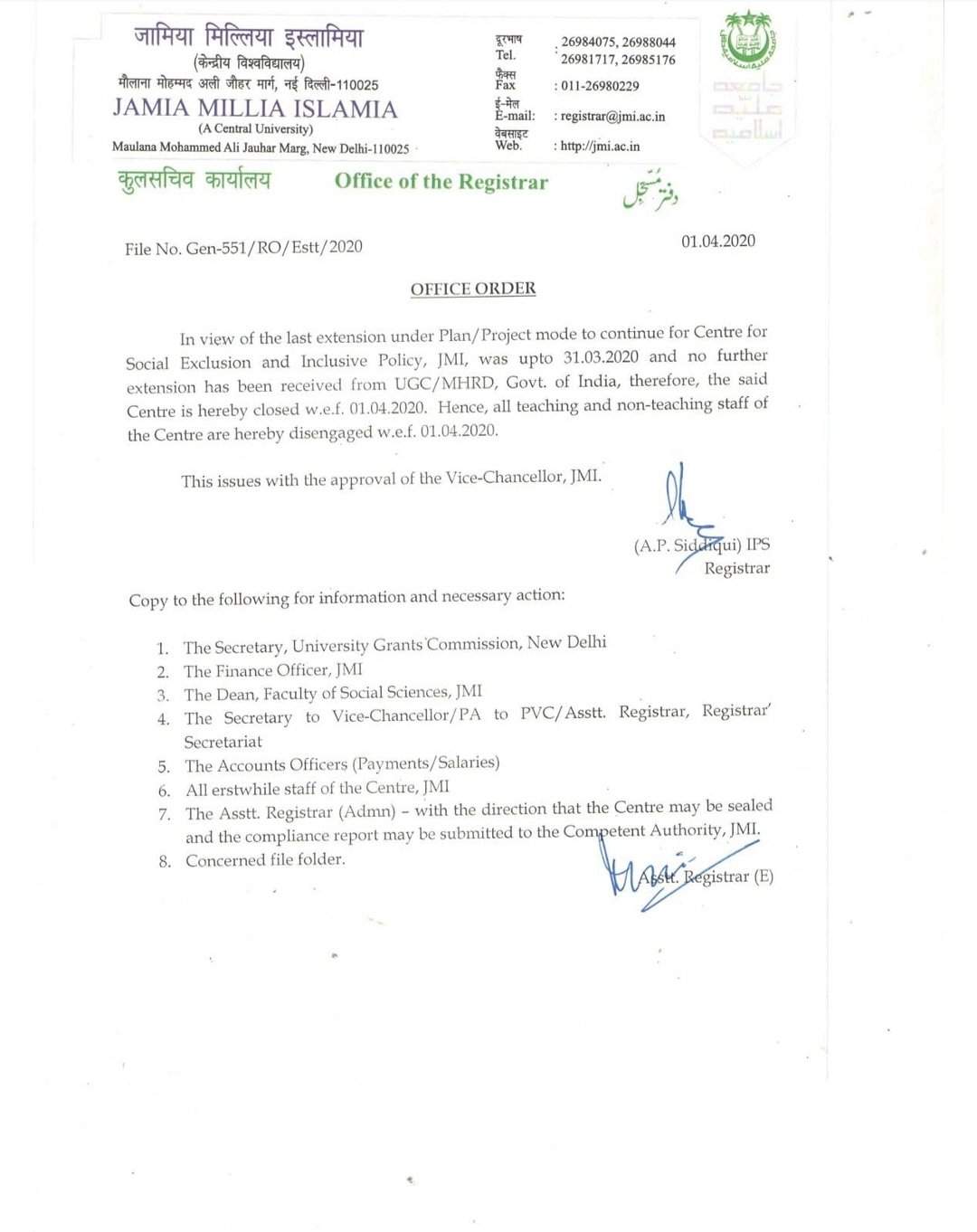 The Jamia administration had on April 1 decided to discontinue the two centres thus rendering the 27 teaching and non-teaching staff jobless amid the COVID-19 pandemic and the resultant economic slump. "In view of the previous extension accorded by the University Grants Commission till March 31, 2020, expired and no further extension conveyed to the university, the Sarojini Naidu Centre for Women’s Studies, JMI, is hereby ceased to exist," said one notice. The other one, announcing the cancellation of the extension of the Centre for Social Exclusion and Inclusive Policy, also stated the same.

Teachers and students were shocked at this abrupt decision by the central university. "They can't just shut a centre down. They have to send a letter to the UGC asking for an extension. If the commission does not allow extension even then there is a due process," said a faculty member. Reportedly, a letter was sent to the UGC but the order was still in the process even though the extension period expired on March 31. "But that does not mean that the VC will discontinue the departments and disengage the staff. That was a hasty decision," said another facility member. Amid these bouts of miscommunication, the UGC informed the varsity that they might extend the tenure of the centres and said that it is in the process of the policymaking. The Registrar, on April 6, said that the previous orders are cancelled and the centres won't be discontinued. But the students and teachers are not yet convinced that the centres are safe and fear that they will be "disengaged" at some point in time.