This tribal school teacher tells us why TN should fight against public exams for class 5, 8 students

About a week ago, two of Mahalakshmi Kannan's students studying at the Government Tribal Residential School in Tiruvannamalai ran away. Mahalakshmi says it could be because they heard about the new public exams for fifth and eight standard students. She is worried and not sure how she's going to get the two back to school.

When Mahalakshmi joined the school in 2006, not a single child turned up to the class. Students were enrolled in the class but they simply didn't show up and there was nobody to ask them why. So Mahalakshmi took it upon herself to go personally to every household and convince both the students and their families to consider coming back to school. She went to the remotest of areas, spent her own resources and energy to bring the children back to school.

Some were young, some slightly older. "There were students who attended classes for a couple of years and then dropped out and there were others who had never even attended classes. So some students who were as old as 12 were admitted to the first standard," Mahalakshmi told us. So the teacher would bathe, dress up, comb their hair and even feed the students, all on her own. In about three years, the number went from zero to 150. "Some students were able to fall in love with studying again because they found the encouragement that they needed and now I myself have gotten many students enrolled in college," Mahalakshmi said proudly.

The reason? Mahalakshmi recalls her ordeal of the first few years at the school was understanding that each student is different from the other. Some drop out because they have no interest or encouragement, some only develop an interest in it later. They all take their time but if there is someone to urge them on, then there is nothing that can stop them. Which is why, if such a student is suddenly told that they have to pass a public exam when they are barely 10 years old, the child is going to do exactly what the two students we mentioned at the beginning of the article did.

They would run away. 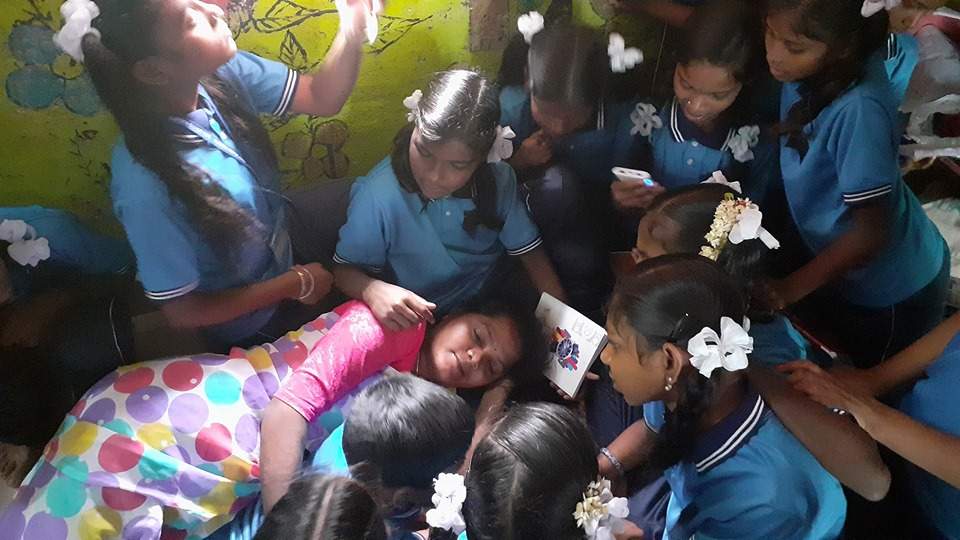 And that puts a dent in the work done by teachers like her. "I've strived so hard to get these children to come to school and I know them in and out. Just the words 'public exam' will scare them and to tell that to children in the 5th and 8th standard is the worst thing. If they fail, their parents will immediately ask them to leave, they will be shamed at that young age. And if it is a girl, the parents will immediately get her married," the teacher explained. Boys at the age of 21 would definitely want to marry younger girls, so 16-year-olds will be married off in no time.

It's a shocking question in the age of the Internet and the social media influencer. Where rights and opinions are shaped on twitter. And it's one to which we still have no answer.

Because some children start studying in the first standard, some in the third, some in the ninth, there is no need to make them fear a public exam till they get to the tenth grade, the teacher says. "We cannot determine when the child will begin to develop a liking and confidence. Anyway, there is the 10th standard board exam and if they failed, it is okay. But a child in the eight might not have the interest to study but may develop it while in the 9th, so what do we do? Tell the child she can't study? Not even give her the chance?" she asks. The teacher opines that students should be allowed to study till the tenth because they would at least have had the chance to study through all the other classes without any stress or the urge to run away from education entirely.

Mahalakshmi explains that the stress of the matriculation exam anyway sets in early - even NEET coaching starts in the 9th standard - so why is the NEP trying to push students further away? If the parents are educated then there is a chance that they can help the child out with studies but if the child is born to illiterate parents who are daily wage earners then they have no to help out the child. So if the child fails, the parents might consider marriage or getting them to work.

Taking the example of Anita who committed suicide after failing to get through NEET, she said, "Anita went all the way to the 12th standard, got excellent marks but they shut the MBBS door to her anyway. Now they're thinking what if these Anitas never make it past fifth standard itself? That's the best filtering process." One of the most strongly criticised suggestions made by the NEP is the one about shutting down schools with small strength and merge them all under a 'school campus'. If we take the example of Mahalakshmi's school back in 2006, it would have easily made it to the list of schools to be shut down because of low numbers. That very school now houses 400-odd children. So can schools simply be shut down because the administration has managed to get only a few students to enrol?

Mahalakshmi is of the opinion that this NEP suggestion has something to do with privatising education. "Within a 3 kms radius of a government school, someone will set up a private school and the fee is usually pretty affordable. So the upper caste families in the village can afford to send their children there and prefer to do so because they don't want their children to study along with lower caste children," the teacher said. Mahalakshmi firmly believes that the only reason for shutting down schools with fewer students is to benefit private schools.

The school teacher also reiterated a demand most education activists in the state have been making — to move education back to the state list. "The government could have consulted students, teachers or parents. They think 10-year olds can write a public exam, they could have asked them what they thought about this but they consulted no one," she adds.

Students from different backgrounds have different requirements, "Kerala and Karnataka didn't accept the exam but Tamil Nadu has. The state that has been most vocal about social justice has given to the centre. What is right for the North, is not necessarily right for us," she asks.

As a teacher who engages with tribal children, Mahalakshmi said that there is a vast difference between city and rural children itself. "Pizza, burger, traffic jams, these are things children here don't even recognise and now suddenly they should be up to date with everything that city children learn by simply living their every day lives? There are different methods we use to get through to the child and now all the teachers have to focus on is to get the child to pass the exam" questions the teacher. So now with that added stress, teachers have no opportunity to do anything constructive and will be forced to put pressure on the children to pass their exams in order to save their own reputation and jobs.

At the age of 10, students should be running around and playing, they should consume education just like they would consume a sweet. Happily, she said. "They have to learn how to speak and how to listen and how to become better people and more knowledgeable. They have to grow up happily and in a healthy environment. Not in a stressful and fearful situation where all they think about is exams and begin to hate coming to school and studying. But that is exactly what we are doing to them," Mahalakshmi says sadly.

The teacher went on a fast two days ago to protest against the NEP and the board exam decision. But she called it off because her students began to get scared and started to cry. There are several other teachers like her who are stressed out and worried about their students as well.