The students of St Francis College for Women in Begumpet, Hyderabad, are protesting against the college administration's new dress code that compels them to wear kurtis that at least cover their knees. Around 500 students and alumni have joined in on the protest against the latest dress code which was implemented this year. Sister Sandra Horta, the principal, allegedly told student representatives who met her, that she has to consult the management on the issue and asked them to resume classes or she "cannot do anything". She also refused to come out and address the crowd. The management has agreed to hold a meeting in this regard and then let then students know.

The administration, that had also told students that a long kurti would get them "good marriage proposals" has received flak from social media. Bollywood star Sonam Kapoor Ahuja, comedian Sapan Verma and Supriya and numerous local RJs have also criticised the college's step. "This is bloody ridiculous! This principal needs to be fired," wrote the actor as she shared a video on Instagram. 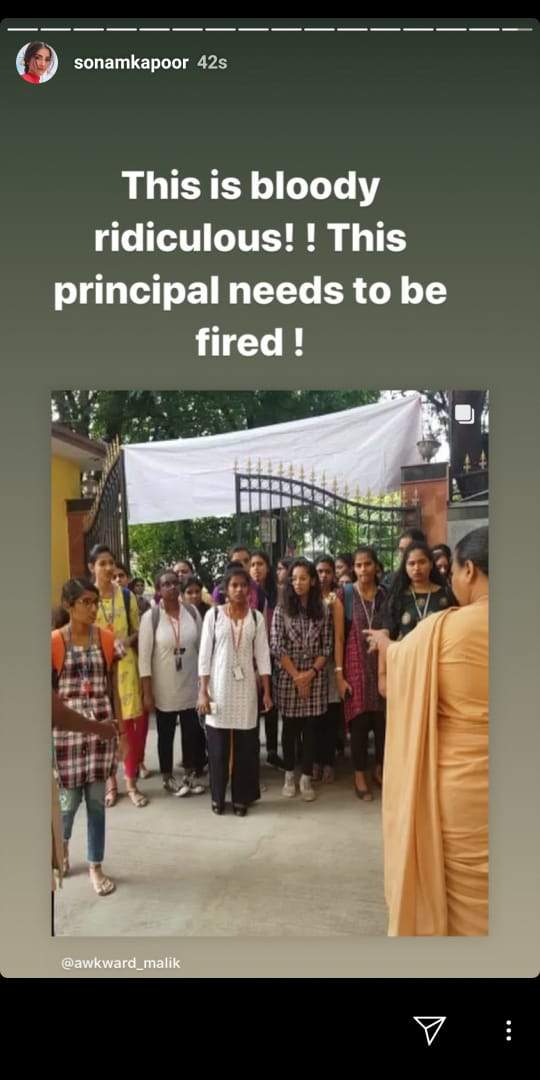 The students had expected a turnout of around 150 in front of the college but the response has been overwhelming. Some of the other colleges have also joined in. "We definitely want to speak to the administration. But the Principal just asked us to go back to class and if we don't she cannot really do anything," said a second-year BSc student who did not want to reveal her identity. "We're demanding complete removal of the dress code — the most we plan to compromise to is wearing clothes that maintain a professional atmosphere," she added. 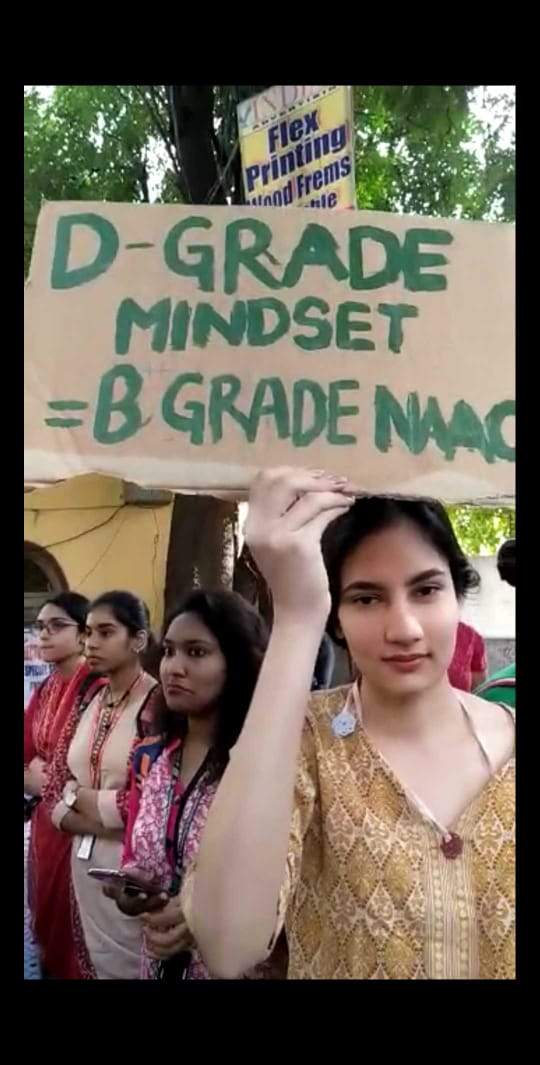 "They listened to what the students were saying in the meeting. They said the management will talk and then make a decision and that they are worried about the college's reputation," said another student. "They asked the Class Representatives to call off the protest until they make a decision. The CRs refused. We're continuing until they reach a decision," she added.

Zanobia Tumbi, who graduated last year, took to social media to discuss the problem and called for a protest on September 16 against the college administration's bizzare one-inch-below-knee rule. "Sister Sandra announced a new dress code change in the middle of the year and her colleagues told our representatives that a long kurti would get us good marriage proposals. They told our representatives that standing up for a cause is blasphemous, raising your voice is blasphemous," said Zanobia.

"They would occasionally come down near the gate to check how the girls are dressed when I was in college. Once in a while, they would even stop us and make us miss a class or two, but never sent us back home just because we were dressed appropriately. This time around, it’s beyond ridiculous. A few Masters students were also sent back home from class. One of them was in a long shirt and she got into college somehow but the lecturer sent them back home and they missed classes for that entire day," Zanobia, who is now pursuing her Master's at the University of Greenwich, added.