Though racism and casteism are widely different, there is a sense of solidarity that members of both communities feel as they both survive day to day oppression

In 1940, Dr BR Amedkar wrote to the African America intellectual and activist WEB Du Bois inquiring about the National Negro Congress petition that had been submitted to the UN. The petition was an attempt to secure minority rights through the UN Council. In his letter, Ambedkar said, "[T]here is so much similarity between the position of the Untouchables in India and of the position of the Negroes in America that the study of the latter is not only natural but necessary."

Though racism and casteism are widely different, there is a sense of solidarity that members of both communities feel as they both survive day-to-day oppression. It is to celebrate this solidarity and brotherhood, that a friendly football match is being organised in Madras Christian College on September 14 and it's aptly titled 'Dafrica'! The match is one in a series of events over the last two years aimed at bringing together both the communities in the city.

"Members of these communities are always perceived as suffering and struggling. But even oppressed communities have stories of success and we want to celebrate our achievements," Bharati Prabhu, Thudi Students Movement said. Bharati and his colleagues have over the last few years been trying to bring African and Dalit students together on the same platform. In 2009, the first 'Dalit graduation' celebration was organised taking inspiration from the 'Black graduation' a programme to celebrate first-generation learners. In 2016, a similar programme was arranged fro Dalit, ST and African students. 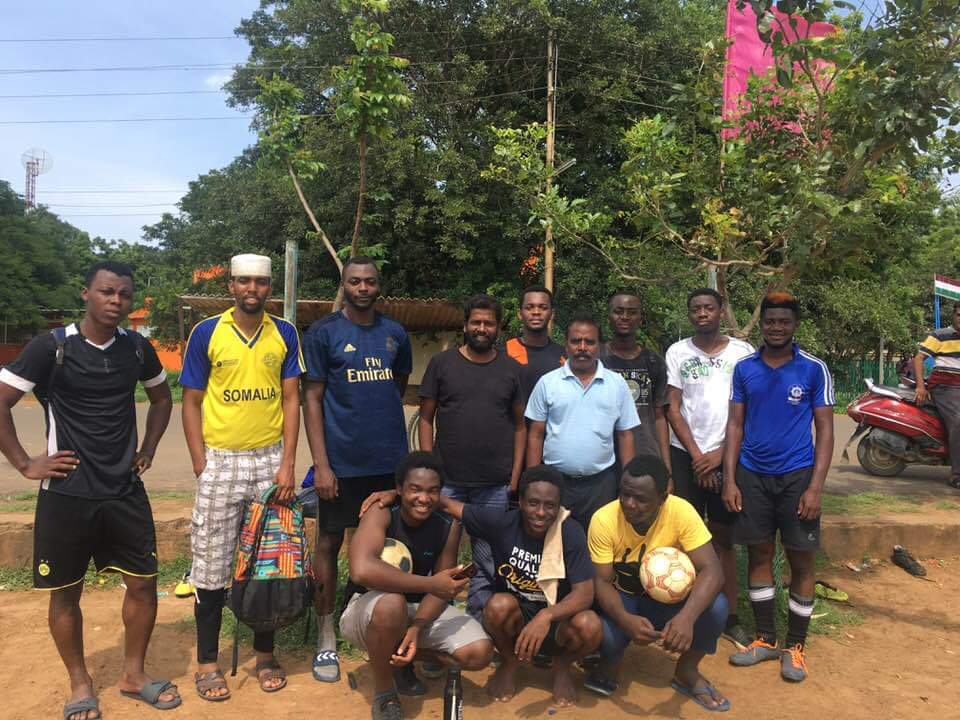 Football Union: Bharati Prabhu (black t-shirt in the middle) along with members of the team

This ceremony was followed up by a musical show celebrating the cultures of both the communities and this year, various organisations have come together to organise 'Dafrica'. There are two Dalit and African teams, "The Vysarapadi Don Bosco team and the African teams consist of students from Nigeria, Somalia, Angola and other places," Bharati said. The students organise workshops, cultural programmes to initiate and improve relations between the two.

Daniel Ishaku, a player from the African team is currently pursuing his final year of Masters in Social Work at Madras Christian College. He says the match is an effort to launch a connection between the two communities, "It is important because the communities have similarities and we understand the Dalit context of freedom and struggle. So it is a platform to celebrate without brothers," Ishaku said.  Ishaku said he had learnt about the Dalit struggle from various programmes and workshops he had attended in the past. The student, who is from Nigeria, is also the President of the Federation of International Students' Association, "We've been training for the match and we hope to have a good time."

K Vigneshwaran, who will be playing for the Dalit team also agreed with Ishaku, "This is a way to get to know each other because when you're players you automatically become friends. After all, at the end of the day, we are humans and this is something to remind us of that."

The match will take place from 7 am on September 14 at Madras Christian College.