Two students from the Ambedkar Students' Association in Telangana University were allegedly abused and threatened by members of the ABVP for putting up posters on Rohith Vemula. The students said that a group of 50 ABVP members consisting of both students and outsiders threatened the two and warned them about putting up the portrait of Vemula even in the cell phones.

"Vemula is an icon for us and so we put his picture in our phones and even pasted his portrait on the walls on the campus. Suddenly a week later, these ABVP members stopped us and began to abuse us and call us casteist slurs. They took away our mobile phones as well. They were 50 and in a drunken state. We were only two and the whole experience was just brutal," Ashok Samrat, the treasurer of ASA at the University. 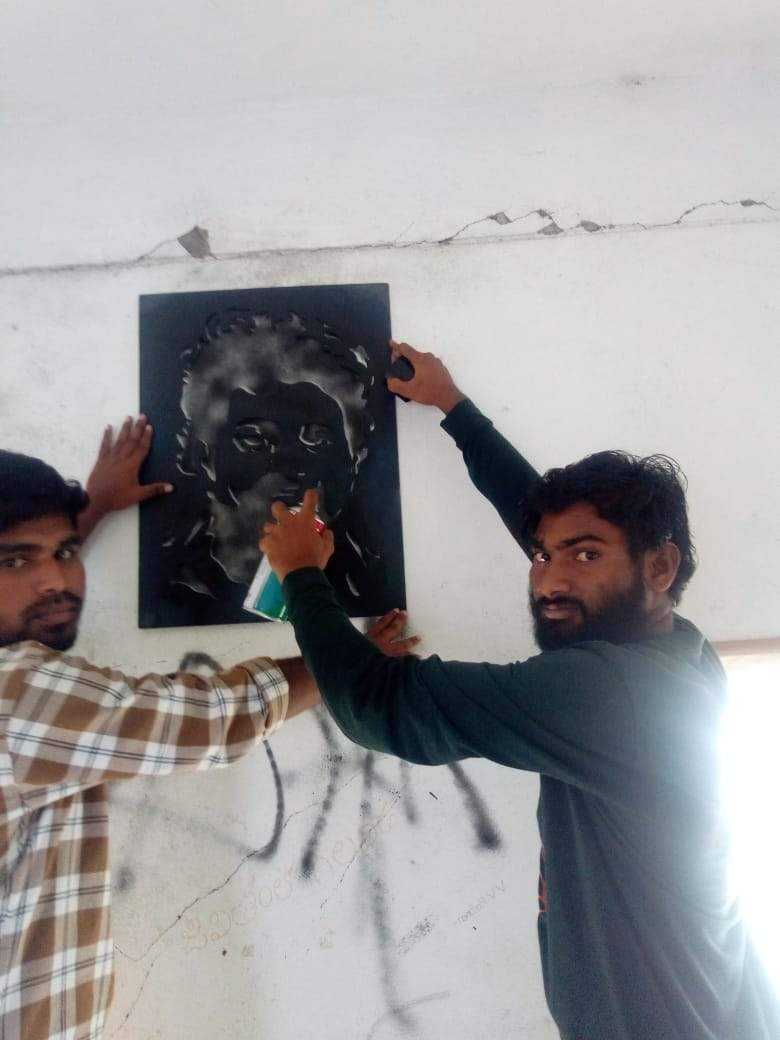 Dalit icon: Students putting up the posters on the walls in the TU campus

Samrat said that the administration has assured them of action in case the ABVP try to pull out the posters or threaten them again. "They asked us not to be scared and speak up if anything happens again," he said. The student said that the ASA students have suffered attacks from Hindutva students in the past six years as well. "Every time I put up WhatsApp status to express my opinions on the country's problems, I was also abused and attacked me for it," he said.

"It was the same ABVP which forced the administration to remove the Buddha statue, and is now resorting to direct threats against members of Ambedkar Students Association for projecting our leaders of self-respect movement. Rohith is a symbol of assertion who threw the first stone against the Hindutva regime. One cannot erase the memory of Rohith by destroying his portraits and images," the ASA said.

ASA, Hyderabad also condemned the incident, involving the demolished of Velivada in their campus as well. "ASA-HCU strongly condemns ABVP and other casteist forces who out of fear for the self-respect we are claiming, try to destroy our icons, symbols and histories. We also extend our solidarity to ASA-TU for resisting the intimidation," the association said.