With the proposed changes in the hostel manual and fee hike, JNU will become one of the most expensive central universities in India

The students of the Jawaharlal Nehru University will form a human chain at Delhi's Connaught Place at 4 pm on Wednesday to protest against the fee hike and 'patriarchal' hostel rules at the varsity. They also called for a nationwide protest in defence of affordable and accessible education and urges students to organise any form of democratic protest at your respective institutes. 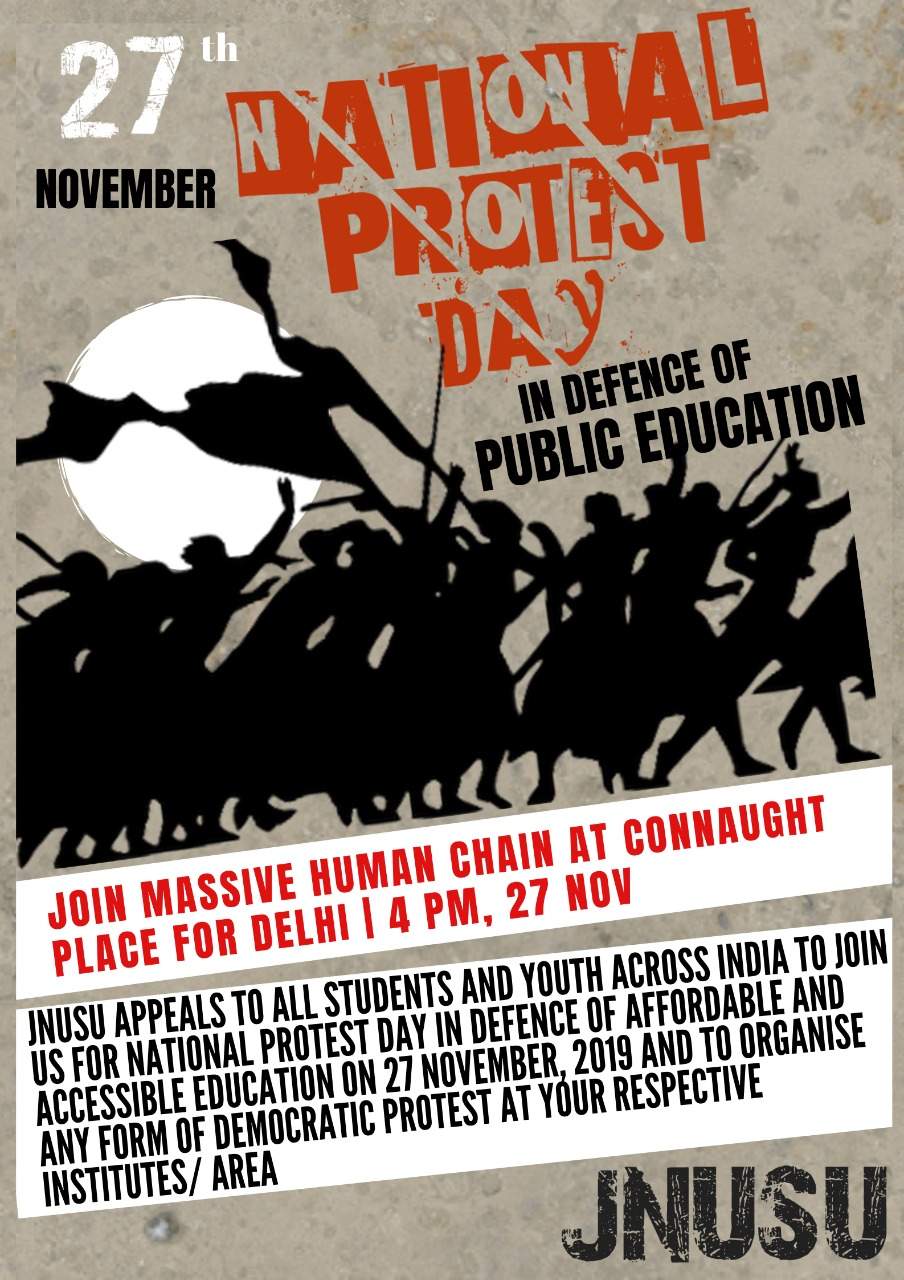 "This is an earnest appeal to students and members of the academic community across India to join the JNUSU in observing a National Day of Protest in defence of affordable and accessible education, on Wednesday, November 27," said the JNUSU office-bearers. "With the proposed changes in the hostel manual and fee hike, JNU will become one of the most expensive central universities in India. Policies of reservations to SC/ST/OBC/PWD in hostels will be done away with, closing the doors of education to students coming from the most marginalised sections. We are braving administrative highhandedness and intimidation, police atrocities and sacrificing crucial academic activities to ensure that JNU doesn’t close its doors to students of this country," read a statement from the union.

Acknowledging the support from various parts of the country, the JNUSU released their call for protest statement in Bengali, Urdu and Tamil as well to reach out to more students and teachers. "Despite a motivated anti-campaign by sections of the media and the present government, we have been overwhelmed by the support we have received across the country from concerned citizens and our fellow students who are also fighting their own struggles each day. We realise that this movement is no longer restricted to JNU. It is the most crucial struggle over public education in India, affecting every student or persons who wish to study," read the statement. "The so-called HLC was formed by the administration on 24 November which invited suggestions through Mail and wound up on the same day to come up with these recommendations on the next. Thus the functioning of the university has now become a farcical game of Tweets, Facebook posts, videos and press releases. Statutory bodies like the IHA, Executive Council and other deliberative structures have been completely bypassed. Hence if accepted, this would set a precedent where any High-Level Committee can be formed in the future to take any arbitrary steps without the need to call any meeting of the consultative bodies.," the students added.

The students also said that private universities across the country have been developed as "exclusionary enclaves imposing abhorrent fee structures and dismissing any scope for democratic functioning". "We hope that on this day each and every student in India will raise their voices, which shall reverberate in the Parliament of India. Let there be a country-wide debate on education, let us come together to claim our rights for affordable and accessible education and let the present government tell us which side they are on," they added.