Did the Central University of Rajasthan postpone convocation fearing a students' protest?

After the university had notified the students on October 22 of the previously proposed date of the convocation, some current students and recent graduates posted on their demands social media

The Central University of Rajasthan rescheduled this year's convocation from November 9 to December 3 and students claim that this hasty decision was taken because the authorities anticipated a protest on the day of the event. This has caused a lot of trouble for students traveling from various parts of the region. The students say that most of them won't be able to attend as various fellowship and employment exams are scheduled in the early weeks of December. Students who had already booked their tickets will suffer a financial loss as well. Officially, the university has not sited a reason for their sudden decision yet.

Right after the university had notified the students on October 22 of the previously proposed date of the convocation, some current students and recent graduates posted on social media and also spoke to the authorities about a list of demands they had and thought the university would consider it. "We asked for an Alumni Association with proper infrastructure inside the campus. The decision to ban the entry of some of the alumni must be revoked immediately," said Mukesh Karwal, an MA in Hindi from the university who was supposed to attend this convocation. "But our major demand was to revoke all the decisions right from the last strike. Highlighted among them was Balkrishna Kumawat's expulsion once the current semester commenced. He was part of protests on campus and had raised his voice in various instances against injustice and this is a direct reaction to that," said Mukesh. 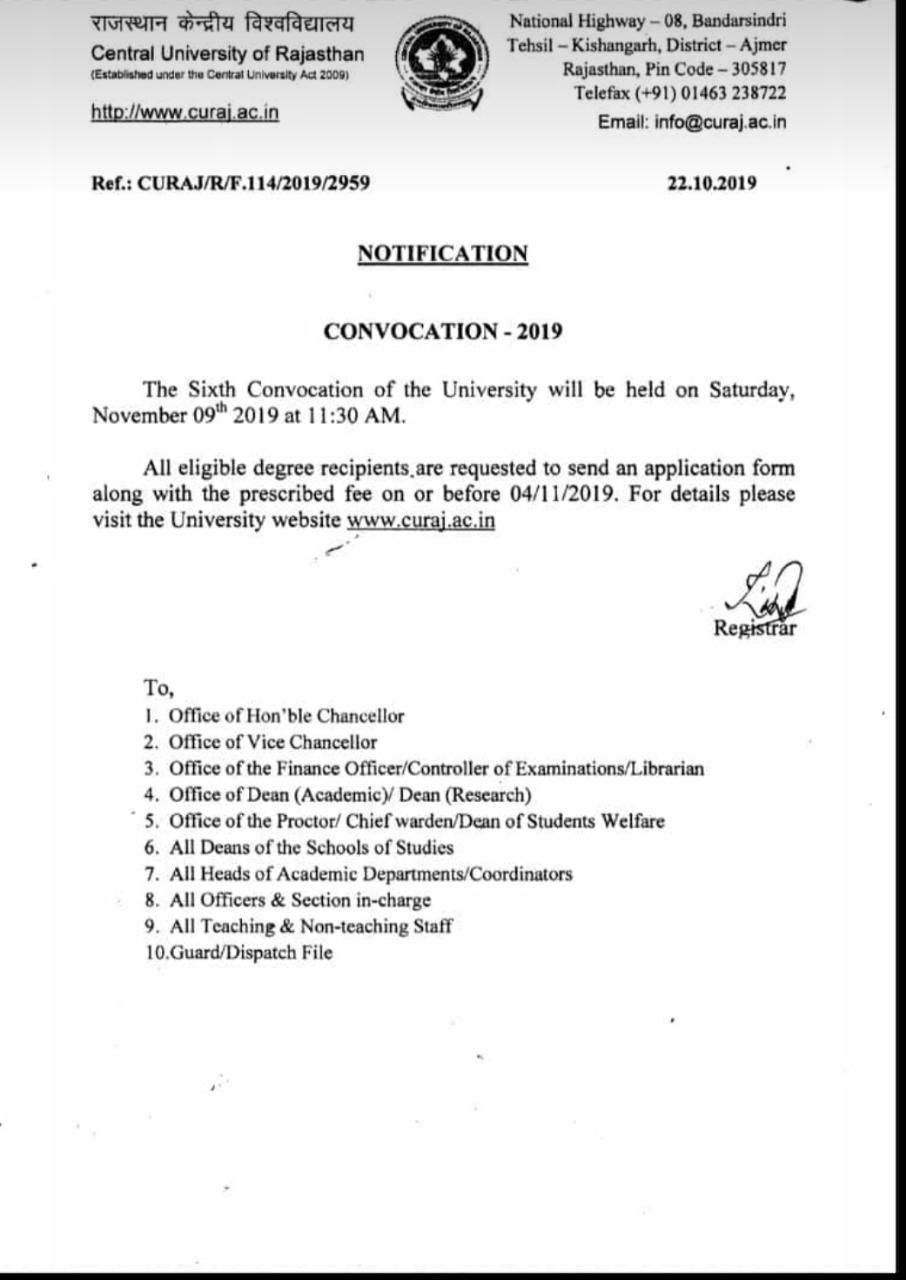 Balkrishna completed his BSc in Chemistry from the university this year and decided to continue his MSc in the same subject here. But when the new semester started he was not allowed to continue at the hostel citing his involvement in protests back in November 2018. "No steps were taken against us right after the protests. We were suspended for three days five months later — from April 19 to 21. And that letter also stated that my hostel facilities will be reviewed. But since I was in the hostel for more than six months after the protests I thought it had all passed, but the new committee of Deans which did not have all its members present passed an order to expel me from the hostel," said Balkrishna, who then wrote to the other Deans who were then busy in admission processes. "I went to meet the Vice-Chancellor next. He told me that I have been "e-mailing too many people" and that I needed to stop. I was told I need to stop this for five days and then they will get me my accommodation back. But right after this, the VC went on a tour and I have not seen him since," said Balkrishna, who stays at a nearby apartment and is paying triple the amount he had to pay for food and lodging. 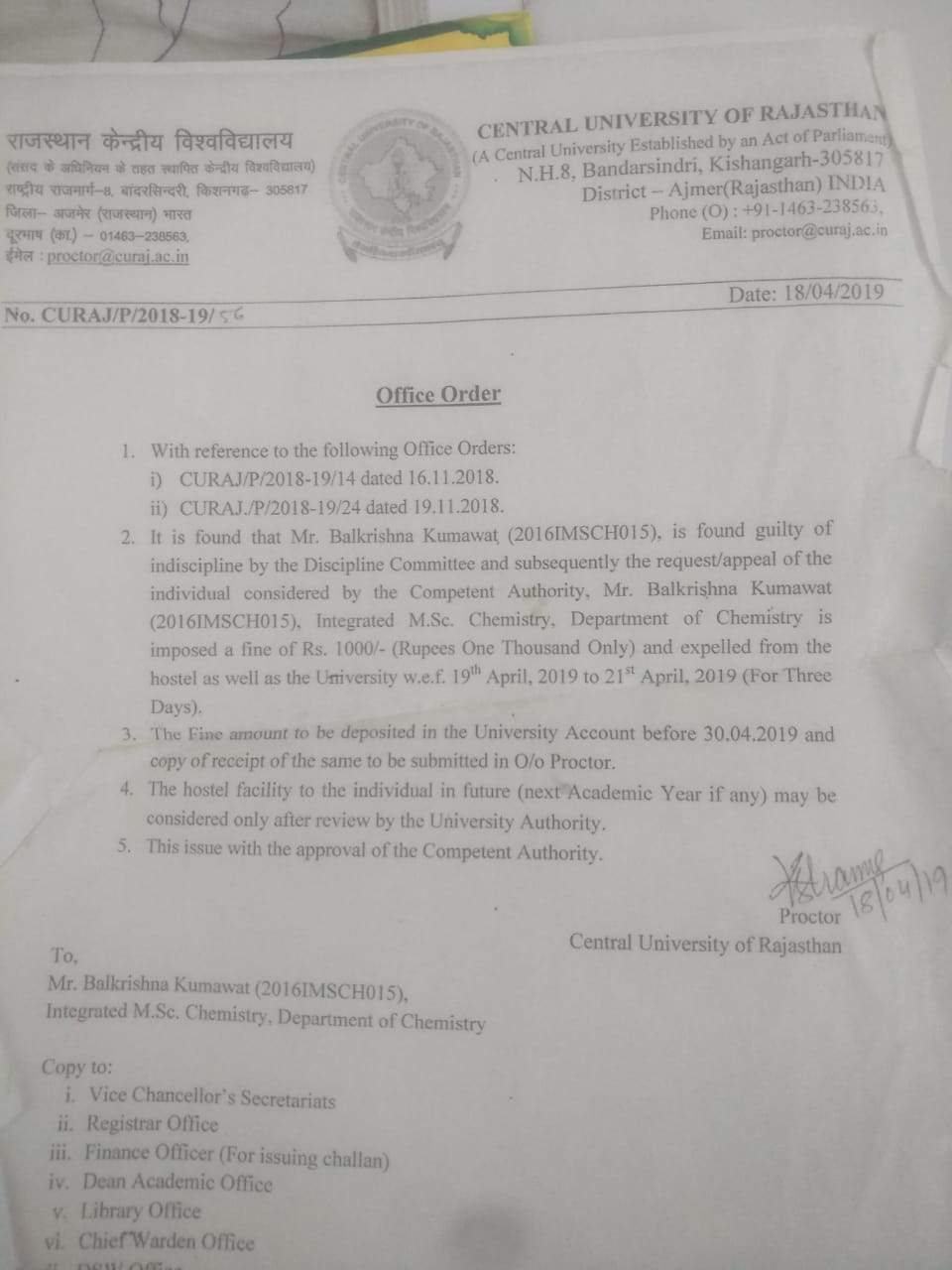 The university has not yet reacted to any of the allegations brought against it by the students.