Naleena, who joined the college in 2015 is the first transgender student to pursue both undergraduate and postgraduate courses from the college

Naleena Prasheetha T, a second-year student of MSc Visual Communication at Loyola College, Chennai became the first transperson in India to be elected for a post in a college union's cabinet. Naleena was elected the Associate Secretary to the Loyola Students Union (LSU) 2019-2020 in the election held on June 21, 2019.

"Loyola is like my mother. The college has not just given me love but also made me what I am today. I am more confident because of the support the teachers and my friends have given me," said Naleena, who wants to empower women and raise awareness about the increasing cybercrime against women. "I have plans for the women's sports and dance teams. I also want to emphasise on self-defence training for women," added Naleena.

A native of Dindigul, Naleena opted to change her gender in 2011. She was in Class 11. "I was a student of the St Mary's School in Dindigul then. My parents were not too accepting at that point. I came in touch with a transgender community through one of my friends and I travelled to Mumbai and Bengaluru with them before I finally came to Chennai. What I loved about them was that they would take in any transperson irrespective of class, caste or the language they spoke. It was like one big family. I finished my higher secondary education through distance learning courses and then joined Loyola," said the new Associate Secretary of the college. 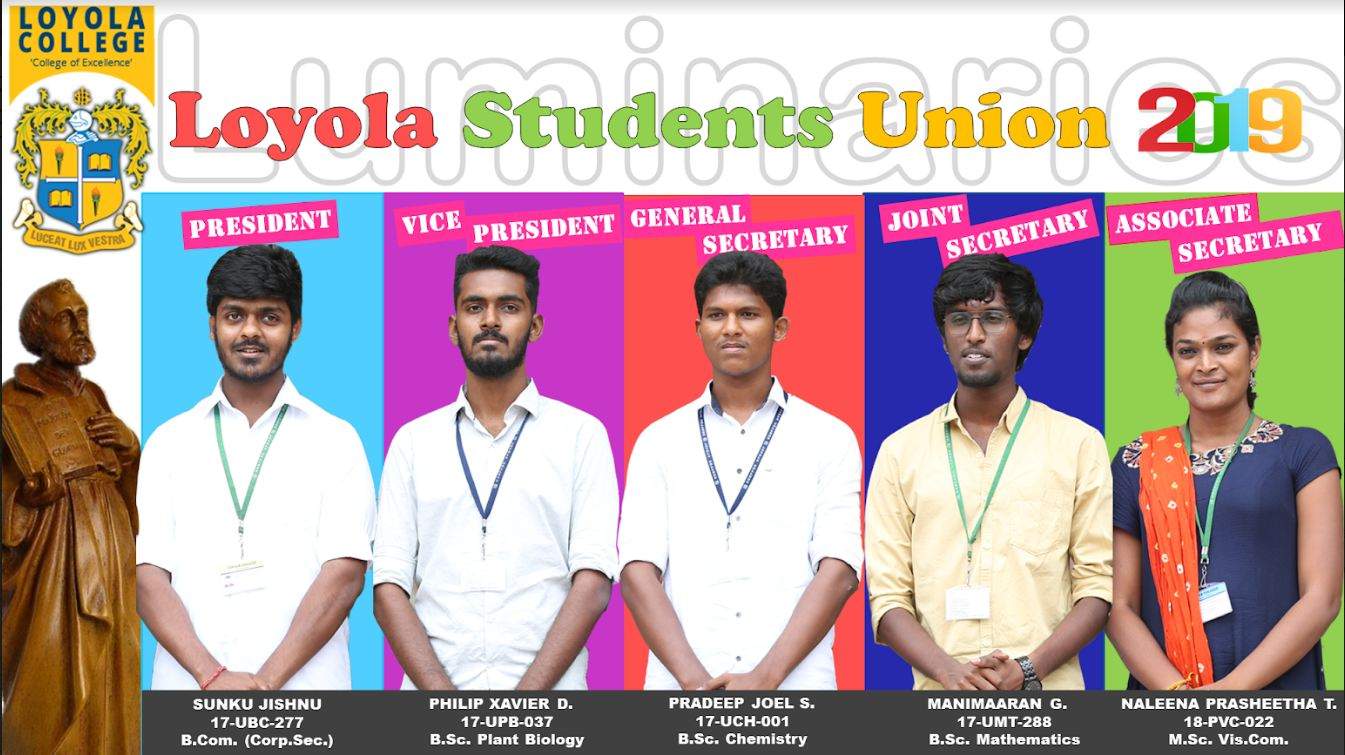 Naleena, who comes from a very humble background aspires to be a civil servant one day. "I want to become an IAS officer," she said. "I want to spread the word that transgender is just like any other gender like male or female. There is nothing different or weird about us. We are as much a citizen of this country as you. But I do not think that we are doing enough for the development of transgenders in this country. One person becoming a civil servant or one individual winning an election does not count as development. That is an individual's win," she adds.

The college, Naleena said has had helped her find friends. "I was very shy when I first joined but gradually I made friends. There were people who had made fun of me at first but gradually I have overcome that and now I have won in an election," she added.

"For years, the transgender community has struggled to find a prominent place in educational institutions and workplaces," said a statement from the college. "Naleena will be representing all women students of Loyola College in the Students Union and work for the welfare of women and their empowerment," it further added. Naleena won with a margin of more than 320 votes.

Dr P Sagayaraj was appointed the Chief Election Commissioner while Professor Chitra Regis and Dr P Sushama Rajan, the Deputy Election Officers for the election process that started on June 18. Eleven separate committees were constituted to assist and support during the election that was entirely conducted online.
A total of 17 eligible candidates were allowed to contest the election. Students exercised their franchise by voting across 109 classrooms. The results of the election were declared by the Loyola Election Commission and the same was announced by the Principal on the same day.