Everyone told me I was a one-hit wonder: Josh Vivian on life as an indie musician

After his runaway hit single Cosmopolitan Kadhali — the one with that slick, fun video — Josh Vivian is now gearing up for the release of his debut album. This is his story

How often do you feel an album is tailor-made for what you are going through? Happiness, sadness, surprise and anger are some basic human emotions and also these emotions are reflected in the songs by a guy from 'namma ooru' — Josh Vivian. Having amassed a whopping 1.1 million views for his debut Tamil indie original Cosmopolitan Kadhali on YouTube, Josh now writes songs which are emotionally deep and deal with love and break-ups. Now you probably understand why his songs get that much traction!

Like a lot of other people who balance their music dreams with a solid career, Josh also had a solid day job which he eventually left to venture into the Tamil indie pop music scene. Though his lyrics are in Tamil, his music is heavily influenced by international pop. He also tells us that his songs are a reflection of his life and he has experienced just enough to release an album. The album (titled Cosmo Kadhal), he says, will be very relatable to every middle-class person in the city. So, how did he manage to stand out and become successful in a scene where music channels usually refuse to air non-film music? We decided to ask Josh. This is what he had to say. Excerpts:

Cosmopolitan Kadhali was a sort of breakout song. How did you go from singing 'casually' to that?

I’ve been in a choir since elementary school, pretty much like every other person from a Christian family. Though I was born in India, I was more fascinated by music videos of international artists, unlike my peers who were more excited by film music. I studied at Loyola College, Chennai and it was at that time that I got into the band scene. After graduation, I wanted to try my hand in the music industry. At that time, people had no idea that there was something called independent music and I realised I couldn’t be an indie artist here in Chennai. So, I started working at Amazon. After a while, I started writing English originals and posted cover videos. Two years after that, I wrote a song called Cosmopolitan Kadhali which was a turning point in my life.

Why not films though? Everybody eventually does films

I was called by Hiphop Tamizha after they saw my covers. Jeeva was my classmate from school and he is the music producer for Hiphop Tamizha. I was very inspired by this duo. I sang two songs — Sentamizh Penne and Iraiva for their debut album Hip Hop Tamizhan. In Chennai, I’ve seen people playing rock and hip hop music in Tamil, but never pop music. That’s when the idea of Namma Ooru Boy Band (NOBB) came to me. 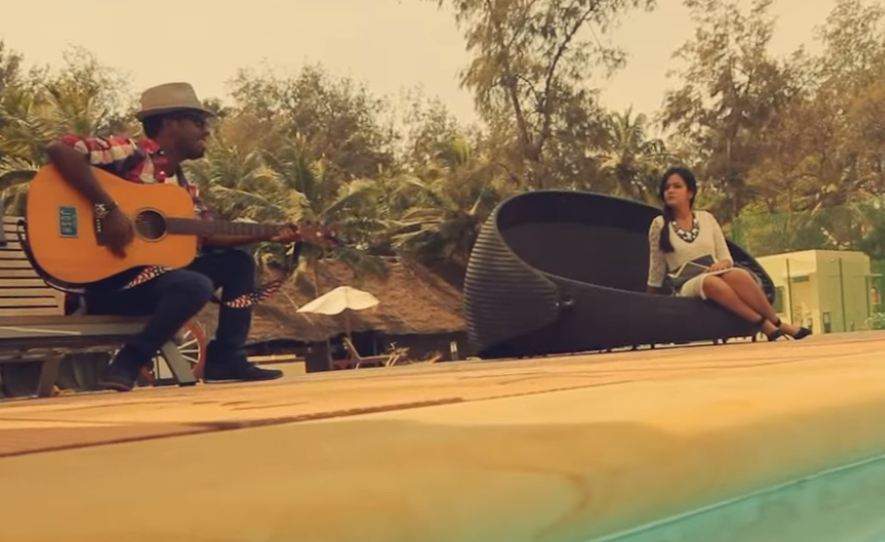 Cosmopolitan Kadhali:  a story of a middle-class guy wanting to woo an elite, uptown girl and the common problems he’ll face

Have you had any misgivings about the way it's gone so far?

Gladly, I didn’t have any second thoughts back when I started as everything fell into place quite smoothly. I took the best from the industry and luckily, I also got a producer. Cosmopolitan Kadhali was not just a hit, but also aired on Sun TV and we were called to perform in many colleges. But, it took three years for me to release my second song as I couldn't find a producer. That was a time of real struggle. Everyone started telling me that I was just a one-hit wonder and it’s impossible to survive as an indie artist in India. So at that time, I had a lot of second thoughts and wondered if it was the right choice to choose indie music instead of film music.

You quit your job at Amazon because you wanted to do music full-time. What did your parents have to say?

Yes, it was hard. I didn’t quit when I was riding high and I quit when things were not going well. I was frustrated and desperate to get my next song out. I believed that nothing would grow in a comfort zone. Though my parents are still worried about my finances and future, they were very supportive and didn’t doubt my abilities and talent at that moment. I believe they will always be worried as this is an uncertain industry and also, every parent’s job is to worry about their kids right? (Laughs)

Let's break down your songwriting process. What goes through your mind when you're writing a song?

I’d say I write songs based on where my mind is at on any given day. I just let the creativity flow. In the film industry, one person composes the music and another person writes the lyrics. But I, as an indie artist, want the song to be my story. The song Cosmopolitan Kadhali is basically a story of a middle-class guy wanting to woo an elite, uptown girl and the common problems he’ll face. Conversations like ‘That guy has a fancy car, so he’ll get the girl’ forms the central theme of the song.

Let's talk about the album. How did that happen?

The album will be called Cosmo Kadhal and the theme completely revolves around an urban love story. It’ll have five new songs dealing with the theme of love and break up. The music is going to be very different from film music and any other song of mine as well. I’m thrilled about it as we’re working on fresh new sounds and genres. It also has surprising collaborations which I’m thrilled about.

We hear you've worked with Benny Dayal. What was that like?

It was an unreal experience. I sent him the track of Pakkamaaga and didn’t really expect things to move forward as Benny is an acclaimed artist. I have never worked with any playback singer before. Surprisingly, he responded immediately! We had just one hour for recording and he was insanely fast! I forgot that I was the music director there and began to enjoy the recording like a fan. Though Benny is very distinguished, he is a very down-to-earth person. Fresh as a daisy: Most of Josh Vivian's songs have fresh new sounds and genres, very different from film music

Do people recognise you as a musician, given how many hits your videos have got (1.1 million at last count)?

I hope we get to the place where we go back and check the credits to find out who is the music director and the musicians in the song, instead of just eulogising the actor or the actress. On the other hand, some people think I’m just an actor in my music videos and ask me who the music director is.

Being in the indie industry for 8 years, I’ve struggled to get my song aired on radio or television. Indie music will obviously be up to the standard of film music because the musicians who play for film songs are the ones who have played in my songs as well.

Any lessons from your notes for people who want to take the same route?

It’ll be a test of your perseverance and endurance. You won’t be able to handle the pressure and struggle unless you are very passionate about it. I’ve seen a lot of indie artists who stepped into this industry because nothing worked for them in the film industry and they use this as a platform to get their name out there. That isn’t wrong, but you’ll find it difficult to survive if that’s your mentality.