The 27-year-old is a PhD student and an activist from JNU and even stood for the JNUSU elections last year. Her father was a member of the BJP and was killed mysteriously

On November 17, 2017, Ngurang Pinch decided at the very last minute to go on a water-rafting expedition because his colleagues and friends kept forcing him to. He didn't get a chance to inform his family.

On November 18, Ngurang Reena, his daughter and a PhD student at JNU received a call at 2 pm telling her that her father was dead. She was told that he had died from drowning at 7 am that morning. Rather strangely, the police and his friends had waited seven whole hours to inform the family. That wasn't the only suspicious fact about his death, there are several others.

Reena knows every single one. After all, she has spent the last year dwelling on them....alone.

Pinch was a politician from Arunachal Pradesh and was going to run for office under the BJP's banner in the upcoming elections. Reena believes her father was murdered for political reasons. She says that there are enough and more reasons and circumstantial evidence to believe that her father was murdered. "The people he travelled with carried his body to the closest police station and left him there. No proper tests were conducted and his body had distinct injury marks which were not taken into account. What is more suspicious is that people have said that they had heard a loud argument (in the area where he and his friends had gone) the previous night," the 27-year-old scholar said. Reena also says there had been some ongoing tussle between the clans in their region and there were people who were not happy with her father's work. Investigations by some journalists and Reena has also shown that the death could be linked to the Tarasso village Massacre (Assam-Arunachal boundary issue) of 2014. 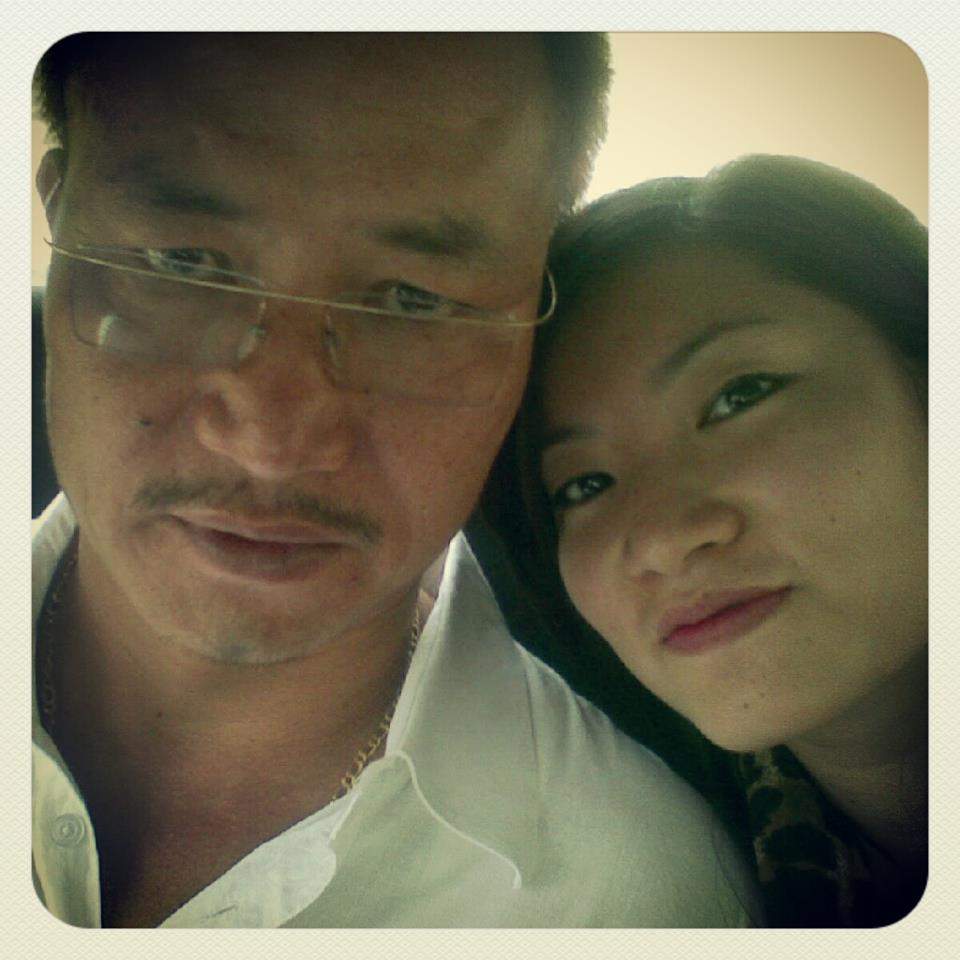 Memories: Reena and her father were more like friends than father and daughter

No one seemed to care

But despite these critical observations, the police have failed to really cover much ground in the matter. In the past year, Reena has knocked on every door, written to every politician including the Prime Minister, she's written to media houses, activists, the CBI, pretty much everybody. "Pretty soon, everybody had gone back to their normal lives. No mainstream media wanted to follow up on my father's death and neither did the police. I've easily sent about a 100 emails to everyone who I thought could help, " the scholar said.

Understandably, she has received no responses.

In order to follow up on the case, she has been shuttling between Arunachal Pradesh and Delhi, which has led her to give up her job as an assistant professor at Delhi University. Obviously, this has taken a financial toll on her family as well. This is not the first fight she's fighting, but it's probably the biggest one though. Reena got into activism at a very young age and it was her circumstances that had pushed her into it, "Nobody cares for stories from the North East," she says. And that is why she took it upon herself to speak, write and perform poetry about the issues that plague the North East. "I have been writing about gender violence and racism for very long now. These issues are very close to my heart," she said.

Reena moved to Delhi about 10 years ago and went on to pursue an undergraduate degree in Political Science. "When I left AP and came to Delhi, I felt very out of place. I did not look like I belonged and didn't feel like I belonged here. That's when I began to write and I began to get interested and started participating in spoken poetry events. I felt I needed to be heard and I felt that the country needed to hear what I had to say," she explained. But it was only when she stepped into JNU that she felt she took up proper activism, she began to get invited to panels and her voice was finally slowly getting heard.

Everything was going well, till the day she answered that dreadful call.

The young woman, along with her nine siblings, has organised marches — some of the biggest movements in AP. To bring justice to her father, she set up a petition page that received over 10,000 signatures and she fought her way to the CM's office as well. "He immediately directed the CBI to take up the case, which was a huge win for us. After a few days, when I went to the CBI to follow up, they said they had not taken up the case because the CM had addressed the letter to the wrong department. I could not believe my ears but I went to the CM's office anyway and requested a correction. They did so and resent the letter but there is still no headway in the case," she said with frustration. 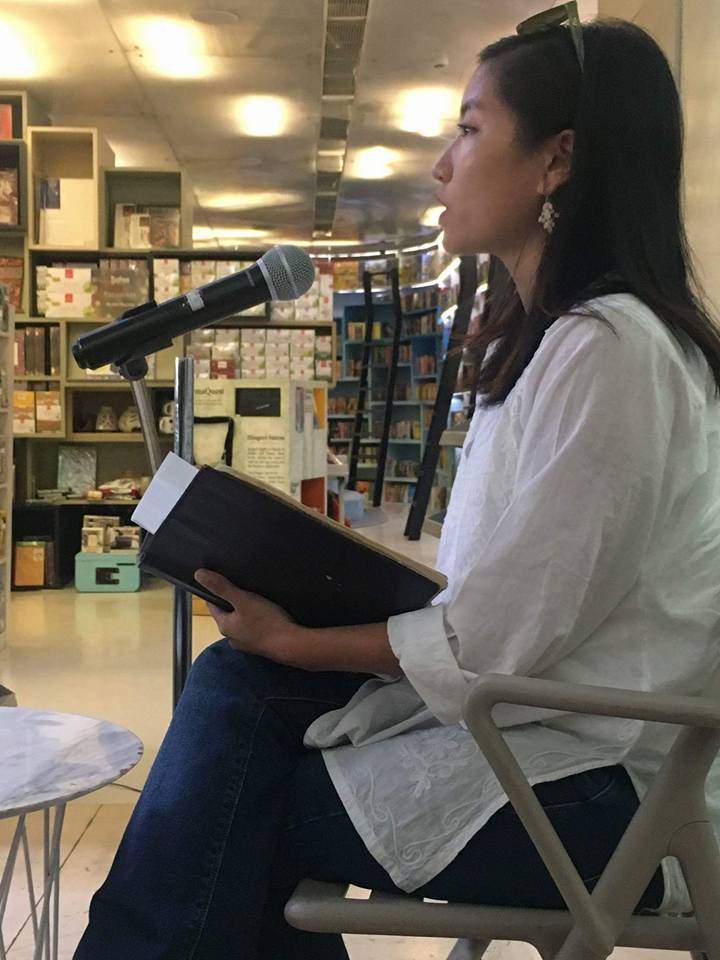 Spoken Word: Besides writing and activism, Reena also does spoken poetry and was recently invited to read a poem about her father too

A year of solitude — and protest

When asked to describe what the last year has been like for her she says she wouldn't be able to find the right choice of words — it's just pure disappointment. "I study at the country's most premium institution and I had a job at DU. As someone who had so much influence I could do nothing to throw light to my father's murder. I have no idea what people who are less privileged than I am do in these situations. Our system is not for the powerless, I know that for sure," a despondent Reena said.

In order to be able to speak on bigger platforms about the injustices meted out in the handling of her father's death, Reena also took the decision to stand for the JNU elections on an NSUI ticket."I knew I would lose but I was desperately in need of a stage to talk about the incident and this seemed like a way to do so," Reena tells us. And she was right, people who had not responded to the hundreds of emails she had sent were getting back to her now, asking her if she was the same girl, "Imagine, a student election gets more attention than a murder!"

Besides the marches and movements she led back home, she also led a small protest at Jantar Mantar — the mecca of protests. The movement she and her family led at home was backed by over 30 student organisations and several other families who had shared the same fate as hers, "It wasn't just a personal fight. AP is dealing with a highly corrupt system, the police are inefficient and the government has been brought to its knees by the corruption in the system. In the last three years alone, over 160 such murders have taken place and not a word has been said about it," she explains. 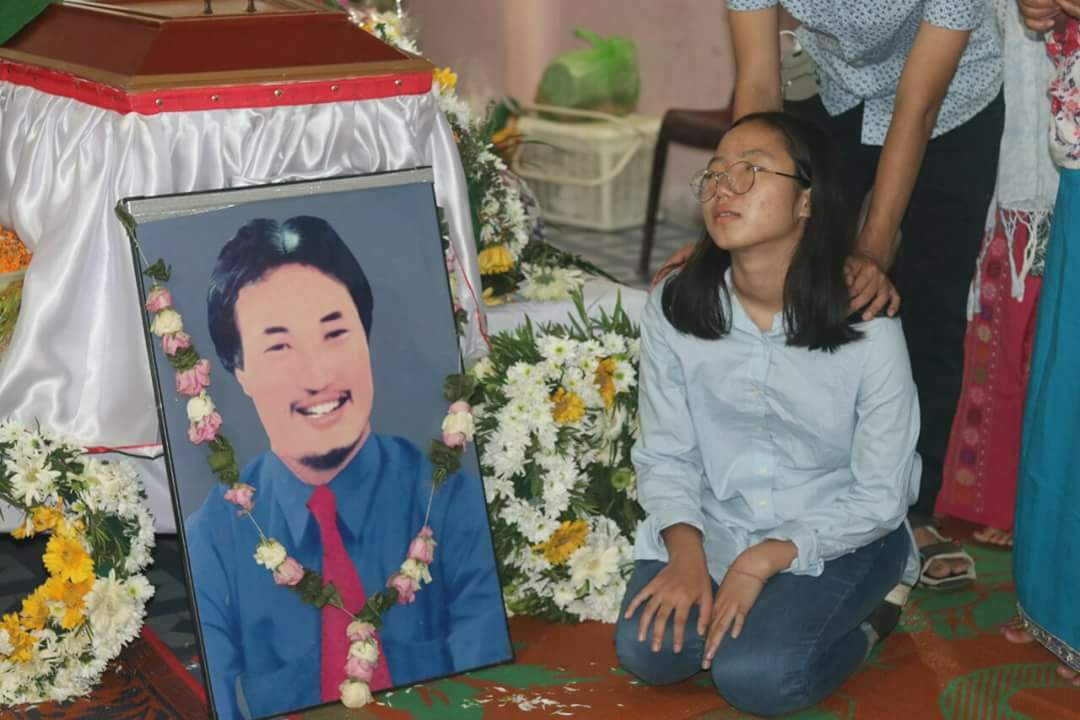 Unjust death: One of Reena's sister's next to a portrait of her father

That special bond she shared

Pinch, in his daughter's words, was more than a politician — he was a social worker. He had been working for 35 years but was never really in power. However, he was very popular among the people. "He resisted the wrong. He always stood up for what is right. Even though people thought we were the family of a politician, we never lived like one. Money was always a problem. Ours was a 'very tribal' family. My father was always involved with the community. It was a give-and-take atmosphere. It wasn't really the sort of mainstream politics the general public know of," Reena told us. It was this popularity that her father had in the community that people envied, according to Reena, and what could have, ultimately, been the cause of his death.

At the end of the day though, peel away all these layers and Reena is just a daughter who lost her father. And while she fights for justice, she is also a daughter who is grieving. So I ask her what she misses about him the most and she said it would be the friendship that they shared. "I only saw him about two times a year but we a shared a very good, nice relationship. He was very proud of me. He wanted all his children to be successful and he did his best to make it possible and he succeeded," she said. Reena also recalls her father coming to JNU to meet her, "We could go on these long walks around the campus and he would attend literary events here. We would go visiting the same places we visited every time my parents came but we would never tire of it," she added. In spirit: Ngurang Pinch's death has not just brought together his family and friends but also all of Arunachal to fight for him

With all the events that unfolded after her father's death, Reena became too caught up to continue writing. It was only when someone recently reached out to her to speak about her father at an event did she realise that she hadn't written in a year. "Finally, after a year, I decided to write something about my father, a poem to perform for the audience," she said. Some of the lines from this poem read:

"No metaphor can capture the pain of a daughter.

Crying for her murdered father.

This is the country of unjust gods. I will forget to love her."

In one of the several letters that Reena has written, she signs off  'With utmost faith'. This was written a while ago so I asked her if she feels that way now. "Sometimes I just feel like giving up hope. But I have to keep fighting and I will," she said.