Kolkata students on #JanaGanaManaRally to save Constitution, but refuse to join Mamata's CAA protest

The rallies and meeting, led by SFI, has invited students' organisations who feel the need to protest against CAA, NRC and fee hikes

Students in Kolkata are taking part in three rallies that will converge at Esplanade in Central Kolkata. Once all the rallies reach Rani Rashmoni Avenue, a meeting has been arranged to protest the imminent imposition of Citizenship (Amendment) Act 2019, National Register of Citizens and the constant fee hikes across institutes in India. The #JanaGanaManaRally, the students say, is against the alleged gross violation of the Constitution by the present government. As done at a lot of protests across the nation, students ended up ripping up copies of the CAA to show their condemnation of the contentious Act. 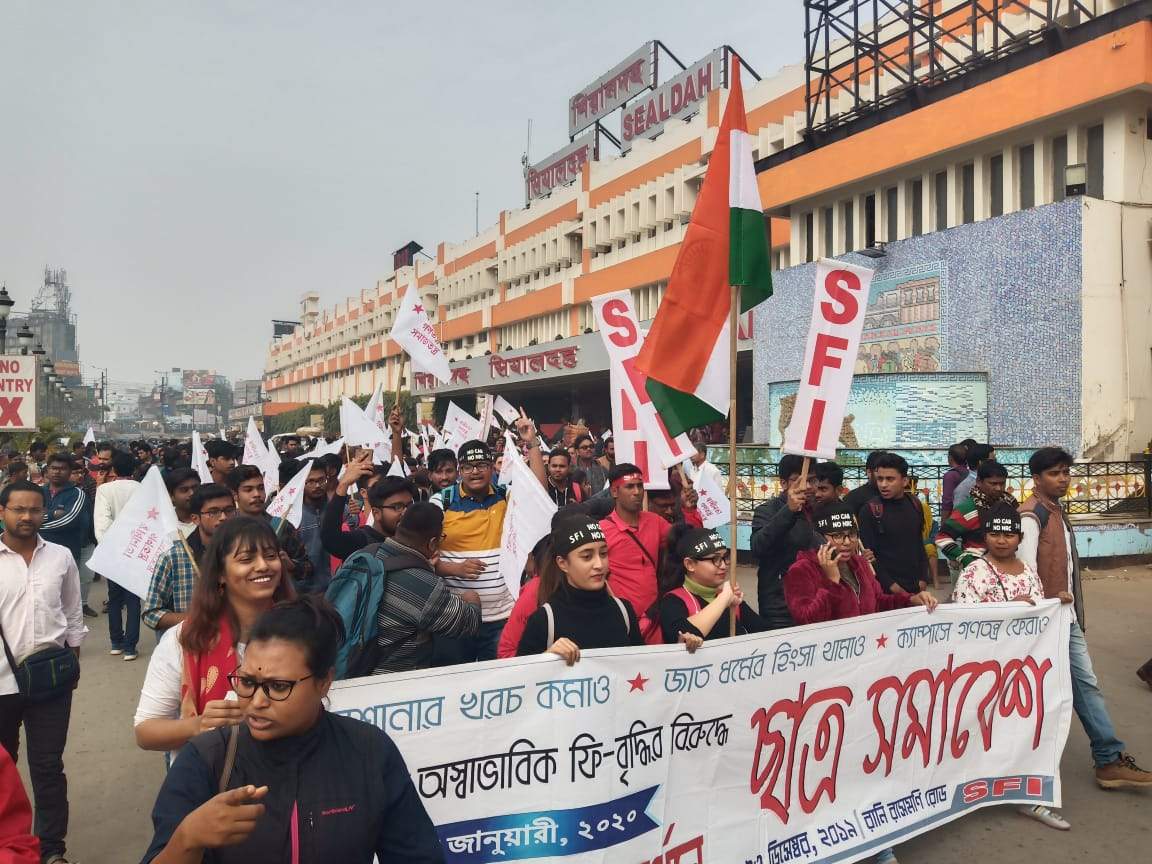 The rallies and meeting, led by the Students' Federation Of India (SFI), has invited students' organisations who feel the need to protest against the current situation across the country to join them in the rallies which have originated from Maulana Azad College, Sealdah Station and Howrah Station. But they have denied joining hands with West Bengal Chief Minister Mamata Bannerjee. "We are fighting against the fascist forces that are trying to destroy the country by disregarding the Constitution of India. We will protest against the unconstitutional CAA and NRC that has created the same situation as the partition of India. People are living in fear. But we cannot join forces with a liar and corrupt person like her (Mamata)," said Mayukh Biswas, General Secretary of SFI. "She is opposing the Act and the NRC because she sees political gain in that. What Modi-Shah is doing to India, Mamata has done to Bengal long back — may be on a smaller scale. There is no question of standing with her," he added.

But CAA and NRC are not the only issues that are being addressed at the meeting. "We have to fight against the fee hikes in institutions across the country," he added. "We want to expand the playing field. We need more people to protest these gross violations. We have invited all students' organisations and any student who wants to speak about this and also know more about the issue and protest," he added.

Almost at the same time, BJP national working president J P Nadda on Monday also kicked off a massive rally in the city in support of the Citizenship Amendment Act. Nadda was accompanied by senior BJP leaders, including West Bengal BJP President Dilip Ghosh and National General Secretary Kailash Vijayvargiya. The march commenced from Hind Cinema in Central Kolkata and will culminate at Shyambazar — the opposite side the students' rally went.