As the students moved towards the schools this morning, the Vice-Chancellor decided to attend office as the administrative block is now "free" of the students

A majority of the students of the Jawaharlal Nehru University are not attending the end-semester exams that were scheduled to commence today. The decision to boycott the examinations was finalised after the second day of attempted 'peace talks' between the students and the administration, mediated by the Ministry of Human Resource Development, fell flat on its face.

As the students moved towards the schools this morning to agitate in front of the schools, the Vice-Chancellor Mamidala Jagadesh Kumar decided to attend office as the administrative block is now "free" of the students. But the protesting students assured that it will not be that way for too long. "We are currently protesting in front of the schools. So people have moved to the school side," said Apeksha Priyadarshini, JNUSU councillor and member of students' organisation, BASO. 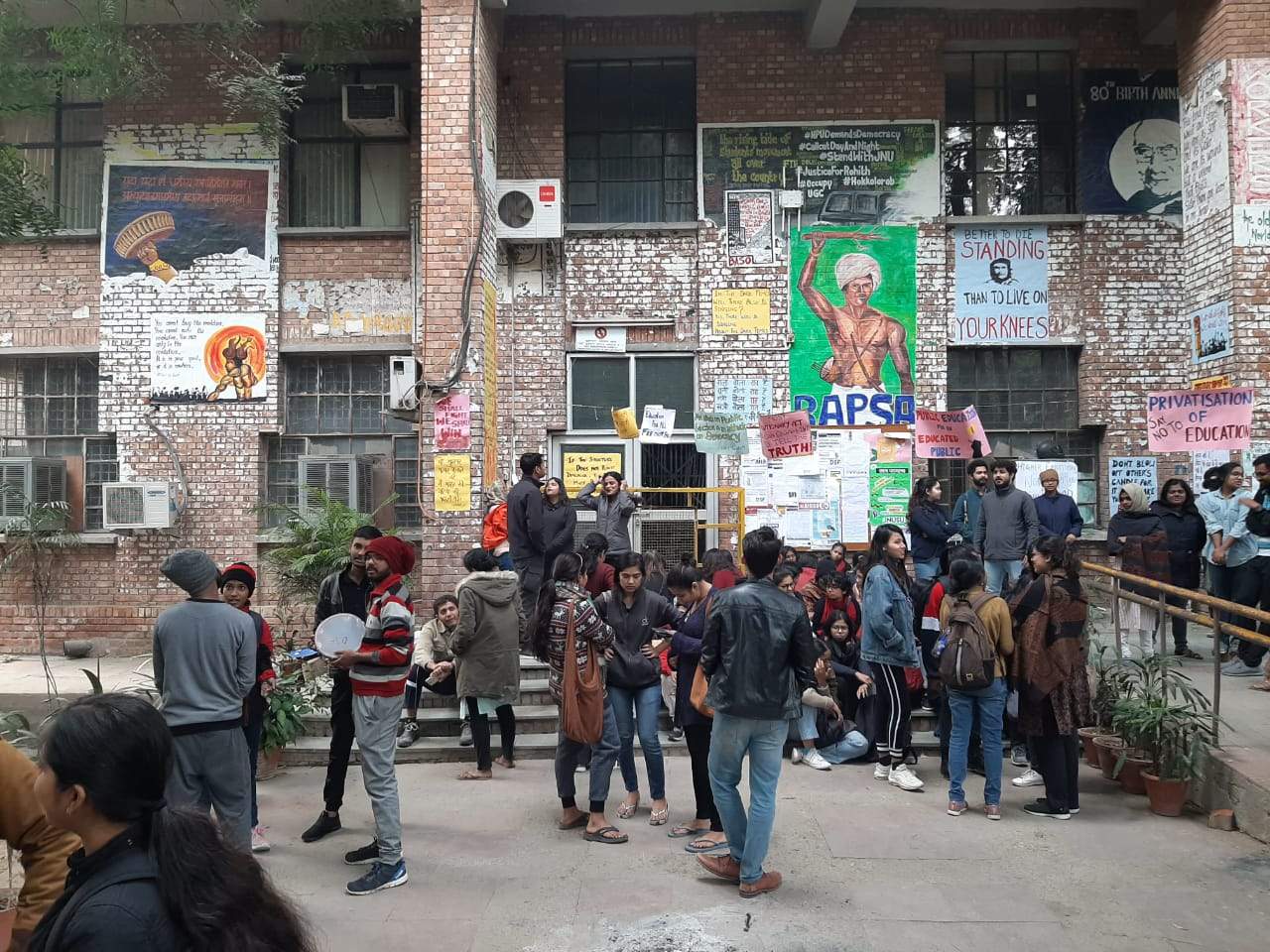 The students also made it clear that they had never stopped any of the officials from going into the administrative block. "We have never said that we will not let him in. He did not come on his own will. We are still open to having a dialogue," said JNUSU Vice-President Saket Moon.

The Delhi High Court had directed the Delhi Police on Wednesday to provide adequate security to the JNU vice-chancellor, registrar and other officials when they enter the administration block on Thursday.